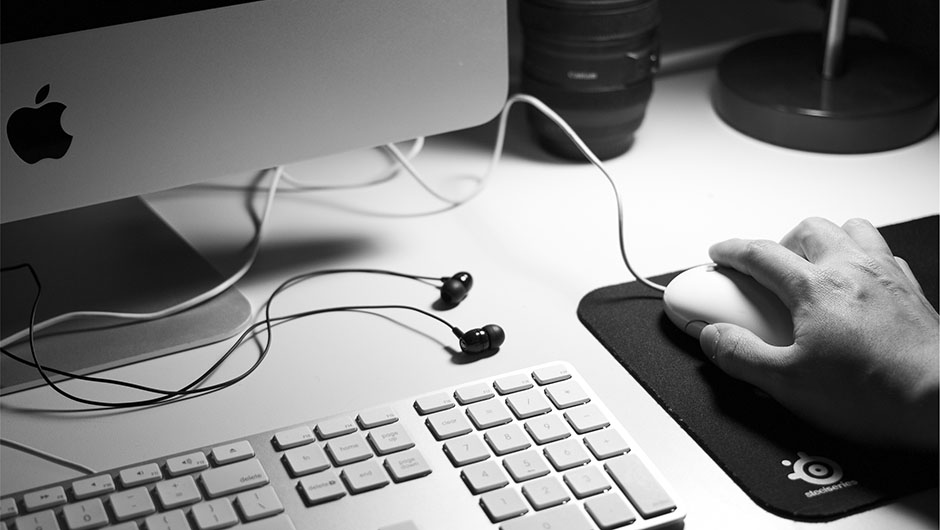 CapLinked, a secure enterprise sharing and storage provider, today has announced a new round of funding totaling $3.5 million. The round is led by Subtraction Capital, and includes investments from PayPal co­founder Peter Thiel, Indicator Ventures, and venture debt lender Western Technology Investment (WTI). The California-based team plans to use the new round to grow their team, marketing efforts, and further grow the company. In the next few weeks they plan to announce a new initiative overseas, and and will be focusing on new integrations throughout the year.

“Investing in Caplinked was an easy decision for us,” explained Subtraction Capital General Partner Jason Portnoy. “Given the nature of the venture capital industry, we understand the need for a secure deal management and stakeholder communications platform. CapLinked provides a seamless work flow­ optimization solution that appeals to a number of industries and is poised to transform the way we all do business in the cloud.”

To get a better idea of what CapLinked does, we spoke with Jackson about their motivation to create the company, where they are headed, and how they stand apart from others in the cloud enterprise market. To sum things up, if Dropbox is to cloud based sharing, CapLinked is to an enterprise sharing vault. At first glance one might make the mistake of assuming they are providing a competing offering to Box, Dropbox, Google Drive, and the other cloud based file storage, but according to their team their offering is complimentary.

“It complements other tech you are using. Not trying to be box, dropbox, or sharepoint. They are great filing cabinets. We are more like vault. You can’t just go into the vault, you need permission, be screened and supervised when you’re in there,” said Jackson. 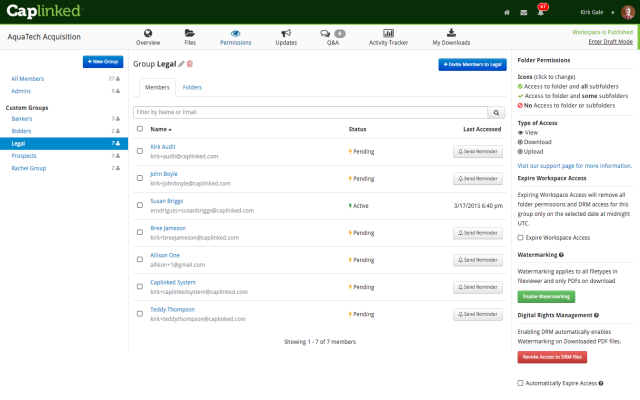 Sure, you could add photos of fido the dog, but their secure enterprise cloud based storage vault is for your most sensitive data. This can include anything from private, unreleased financial information that only a select set of eyes should see; down to real estate deals and ongoing negotiations. The reality is that work is no longer confined to your brick and mortar office. It’s done everywhere that you have a connection, and at times even without.

“You might be working with regulators, an audit, even a consulting gig,” said Jackson. “You’ll have to share sensitive data. There have been plenty of sure ways in the past, email attachments, dropbox, etc. The trick is, ‘how do you do it safely with security and real intentionality?’ It keeps companies safe while doing.”

Prior to cofounding CapLinked, Jackson worked with PayPal up to the acquisition by eBay. While there, two areas of focus really stood out and has become components of what they currently do. “PayPal did two things really well. Ease of use: pain points, money orders, getting a merchant account, etc. Also a premium on security: not just not being hacked into, but helping people be safe. Traditionally these did not go hand in hand. That’s the principal we brought over to CapLinked.”

Jackson went on to discuss security as a segmented approach, not just a single element. There are three factors in particular that CapLinked focuses on: Reliability of the technology, functionality, and policies.

In addition to growing the team and further developing their product, they are also going to expand their marketing and sales efforts. Unlike other back office solutions, security is built around trust, and trust takes time.

“This isn’t like some messaging or internal messaging tool with posts. For us, you've gotta have something super reliable. We have clients that will upload 10K docs at a time. Licensing deals that are in the energy industry. Gigs and gigs of data. Unstructured data. Getting the product right to the point where you have the balance of reliability of security. Done that by working closely with customers,” said Jackson.

According to Jackson, of all enterprise companies, only 25 percent currently have a cohesive cloud strategy in place. Over the next few years large organizations are going to have to figure out how to manage their cloud strategies, which will give CapLinked the perfect opportunity to fill the gaps, to be added to their tech stack.

For tech startups, bro culture is still a thing. It’s fading, but certainly not rapidly enough. For those looking to join CapLinked on the other hand, bros and prima donnas need not apply.

Although the company certainly focuses on security, Jackson has something deeper in mind when it comes to security and team team members. “From everything about the way we work with clients, through customer service, to the way we handle sensitive data. Security front and center.”

Their ownership value is the result of Jackson’s time at PayPal. They don’t want you there to just do tasks, but to own it. “If you break something acknowledge it but with a way to make things better,” said Jackson.

Finally, honesty is an important factor, an offshoot of ownership. They want their team members to own their challenges, and be honest about outcomes. “This is serious business. It’s secure stuff and we need to be serious about. No bros, and no prima donnas,” said Jackson.