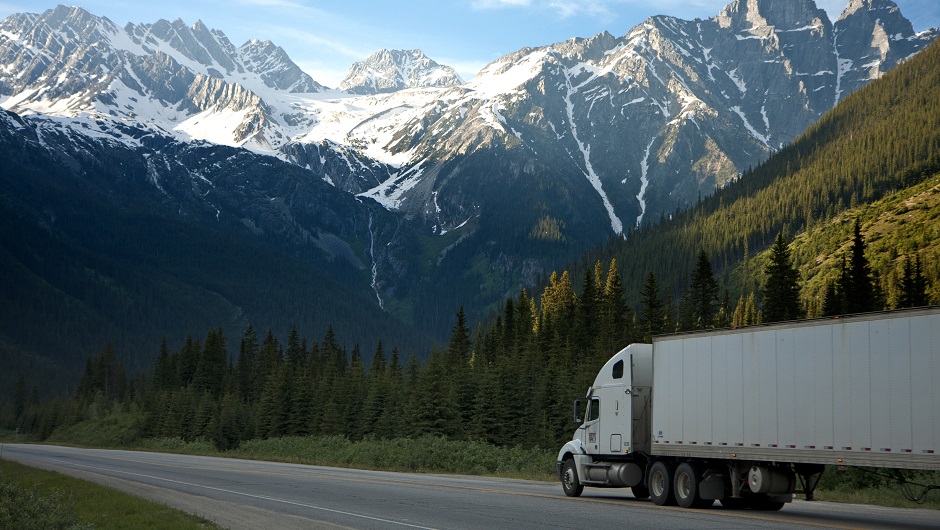 Self-driving vehicles are poised to become the next big thing for plenty of reasons, not the least of which are the increased safety and efficiency they'll bring to the world's roads. But plenty of logistics remain to be answered, like whether we'll ban cars without drivers in them just because those vehicles will otherwise clog up the road as they all drive home to avoid parking fees.

But one huge problem can't really be fixed. In the United States, at least, a huge portion of the country depends on truck driving in order to earn a living. Self-driving trucks? Not great for those states' economies.

Truck Drivers Have an Outsized Presence Across the U.S.

According to data crunched by NPR in 2015, of the most common jobs in each state, truck drivers and delivery drivers number in the top. 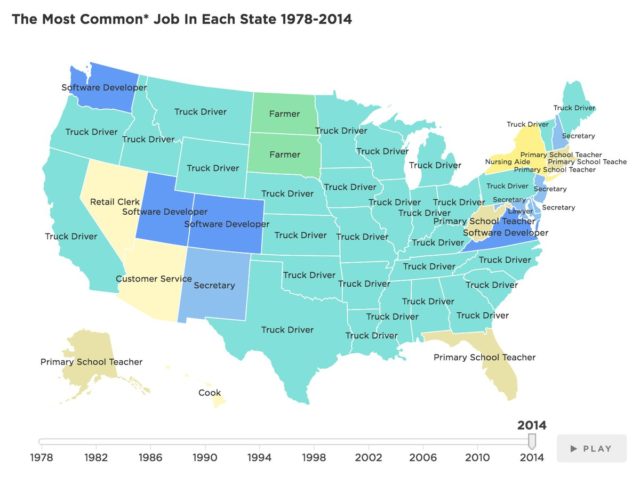 Dependable jobs in some states, like school teachers, farmers, and nursing aides, are dwarfed by the mass of truck drivers, who reign from Texas to Maine to Oregon.

NPR explains a few factors behind the dominance of truckers. First, they're immune to a couple reasons behind other job shifts: They can't be outsourced and they can't (yet) be automated. Next, the decline of regional specialization has pushed evergreen jobs up the list. Finally, the data, taken from the U.S. Census Bureau, lumps truckers and delivery drivers together despite separating other professions into finer groups (like primary school teachers and secondary school teachers), meaning that truck drivers are ranked higher.

Even given this last point, truckers are clearly the backbone of most of middle America, as well as a few edges of America. Yet huge shipping operations will be the first to switch to automated vehicles, due to the massive savings behind self-driving trucks. We'll likely see a big impact on our economy as a result.