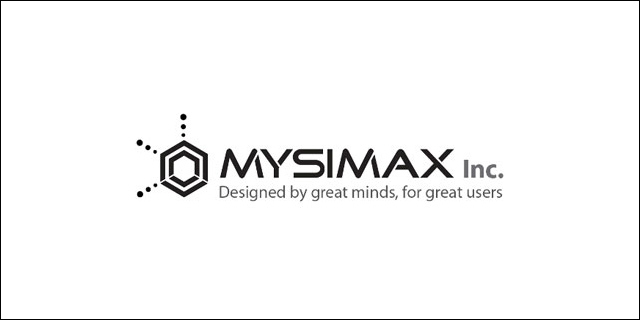 With globalization and restructuring occurring rapidly throughout the world’s political and economic systems, emerging countries have an urgent need for educational improvement at all levels, especially the post-secondary level. Today, many Chinese projects, companies, and entrepreneurs aim to contribute to this development in emerging countries, and especially in Africa, through high-technology innovations.

We recently spoke with JX Paulin, a Shanghai-based entrepreneur whose company, MYSIMAX, is looking to develop, produce, and market tablets specifically designed for universities and schools in Africa.

“In 2014, many countries in Africa are still in need of development in many sectors: education is poor, healthcare has to be built from scratch, and administration is slow . . . Still, when I participated in the New York Forum Africa (in Libreville, Gabon, in May 2014), I saw many great minds. But what can great minds do without great tools?” asks JX Paulin, a Shanghai-based entrepreneur, founder of MYSIMAX, and investor committed to African development. Indeed, while technology is not a magic remedy that can solve all of Africa’s problems, the opportunity for technology to assist with social change cannot be ignored.

“African students must be able to share information and to access valuable content easily. They should read about their history as it really occurred. They should have access to updated content, to cultural publications, to scientific magazines and books anywhere. Knowledge is the priority!” adds Paulin.

That is why Paulin created MYSIMAX, a China-based startup that is pursuing the goal of expanding access to technology in emerging countries, particularly in Africa. The company plans to offer tablets and apps specifically designed for these countries and their particular needs. “During my twenty years working in Shanghai, half of them spent as an entrepreneur, I’ve observed the effects of technological improvements on the evolution of a country,” says Paulin. “I moved to Shanghai twenty years ago when I perceived so much dynamism and so much opportunity in this country and I fully agreed with the business ideas of the Chinese people. Today, I see the very same potential in Africa. As I am Franco-Togolese, I am also personally committed to contributing to this technological revolution in Africa.”

But this kind of investment should not be seen as charity. There is real business potential for technological devices in Africa. When it comes to tablets, for instance, analysts are expecting the market in developed countries to become saturated very soon. While the evolution of this market has been spectacular every year—what started in 2010 with the iPad launch by Apple has shown a sales increase of more than 100% annually ever since—the trend suggests a movement toward a sales plateau.

While the beginning of 2013 did not show any sign of further moderation of the tablet market’s growth, with an increase of 140% in the first quarter, later data support the idea of saturation. Tablet sales growth dropped below 40% in the third quarter and below 30% in the last quarter of 2013. The reason is simple: the equipment rate is already optimized in European and American countries.

The Chinese market demonstrates the strongest growth in the global tablet segment for 2013. Still, Paulin decided to not sell his tablets in his home market, but to pursue a presence in Africa, envisioning it as a future superpower. “I am very confident about the growth of Africa in the very near future. Many people tell me that it is not the best time yet because Africa is not ready. I usually say, ‘That is precisely what everybody said to me twenty years ago when I left France for Shanghai.’”

“However, these markets require adaptation and deep understanding,” Paulin added. “The key is to be able to provide technology to the whole population, not only the richest consumers. It is impossible to address only the private individuals. Thus, you need solid partnerships with local investors and institutions such as governments, universities, and medical organizations.” To that end, MYSIMAX recently closed deals with several universities in Africa, including AFAM in Gabon, which serves more than 7,000 students.

“Instead of fighting with old-fashioned officials that tend to live in the past, we have decided to work with the partners that are avant-gardists and truly want their population to progress. Most African leaders have yet to understand that – if Africa has to take its rightful place into the world economy- it has to educate and train well its population. And that cannot be achieved using outdated techniques and datas. Countries like China, Singapore and USA have perfectly understood the importance of investing into their human capital and Mysimax is pushing African leaders to emulate such examples, quickly.  This is challenging, but once they realize that we are bringing a total solution to bring the best out of their students, they give us their full support.” Paulin mentioned.

However, this potential development of the high-tech market in Africa also poses significant challenges to entrepreneurs. While the best way to enter these markets is to create partnerships with governments and institutions, these groups are plagued with difficulties of their own; they’re often considered passive, slow, and inactive. Entrepreneurs must work to overcome these challenges in creative, efficient ways. While some innovative projects are rising as part of the “Silicon Savannah” in Kenya, “Hope City” in Ghana, or the “Accélérer le développement de l’Afrique” (Accelerate African Development) forum recently held in Rwanda, skeptics still abound, wondering whether the business climate is right to invest. The answers to these questions—how to handle institutional setbacks, when to invest, and where to invest—are crucial for potential investors in Africa.

Thibaud Andre is a French consultant working at Chinese market research firm Daxue Consulting. He is passionate about Chinese culture and likes to share insights about the many emerging markets of the Middle Kingdom.