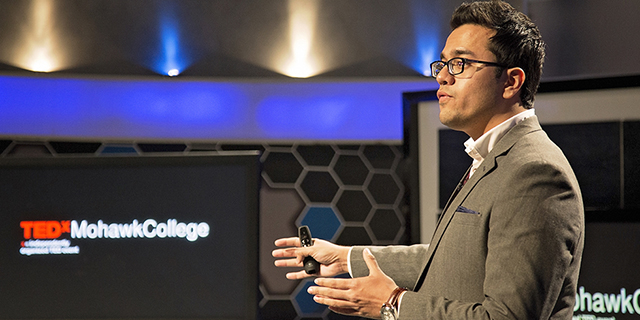 Interaction within your community and neighborhood can earn you $5,000 per month! Is this a scam? Or a phenomenon called collaborative consumption? The sharing economy, another name by which this phenomenon is known, is creating micro-entrepreneurs, according to Muneeb Mushtaq in a recent appearance at a TEDx event. Mushtaq is the Co-Founder & CEO of AskForTask, a sharing economy startup from Canada that recently launched in the United States.

In a declining economy, new members of the workforce begin to look for odd jobs. Additionally, active members of the workforce who find themselves unexpectedly laid off can find a way to supplement their income through the sharing economy. Random talents, such as musical expertise or a love of cooking, can become a marketable skill in the sharing economy. That's what propelled Mushtaq to create AskForTask. Making meaningful connections with people in and outside of your community is simply an added bonus to this economy. This community-building tenet is evident in another sharing economy startup out of Boston: CookRadar was created by people who are “enthusiastic about offering people the opportunity to satisfy cravings, socialize with people from different cultures, save money on food, and never eat alone.” But trust is a key ingredient in the idea of sharing meals in a neighborhood. Mushtaq agrees.

“The best thing about collaborative consumption is that it runs on a very important fundamental. And that is trust. Trust amongst peers is really important for the sharing economy to work well,” shares Mushtaq. Not only should the provider of the commodity be reviewed, but the consumer should also be reviewed. Indeed, with recent highly-publicized issues with Uber, those who have been open to the sharing economy might revert back to having reservations. Two other startups look to add a layer of trust to this collaborative: Traity and TrustCloud, both recent 500 Startups graduates, have their own plans to provide ways for consumers to trust in a trust economy. Other giants in the sharing economy include Lending Club, which allows you to take a loan from someone within your community; and AirBnB, which allows you to rent out your home, or part of it, to others.

Collaborative Consumption is Driven by Empowerment

Mushtaq says the most surprising thing to him when he talks to AskForTask service providers is that they feel they are treated as friends and neighbors, rather than employees or servicepeople. “The main driver for the sharing economy is empowerment. When people are empowered to make their own decisions, to make their own time, to interact with new people within their community, it creates something that a regular corporation can't compete with.” He adds that technology has enabled the sharing economy to scale on a level that never could have been imagined before.

Take a look at Mushtaq's TEDx video from Mokawk College: