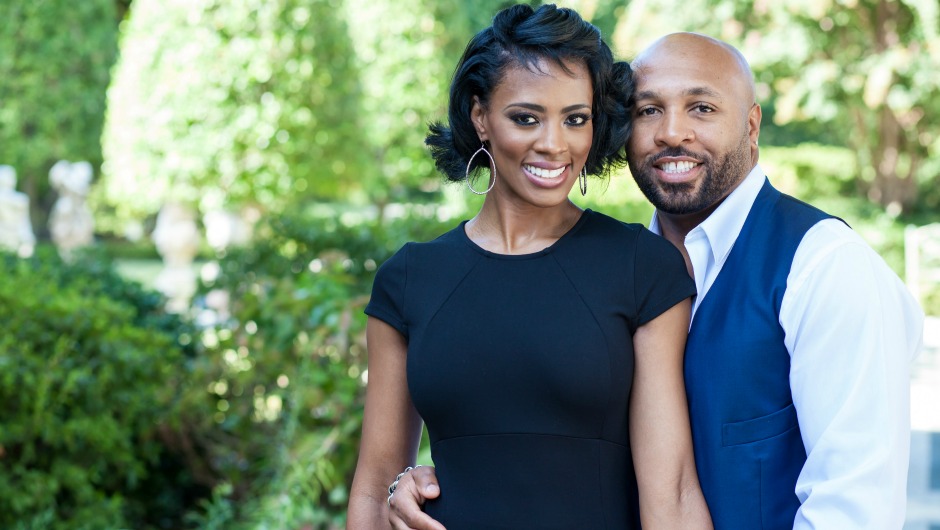 Last year, we had an incredibly fierce competition during our annual Startup of the Year competition. Ultimately ShearShare took home the title. Admittedly, as soon as I heard their initial pitch during the first round of judging at the Innovate! and Celebrate conference, I became an instant fan. It was also abundantly clear that among the other judges, ShearShare’s founders, Courtney and Tye Caldwell, stood out amongst the other competitors.

Along with the new title, the pioneering duo was also given the opportunity to be fast tracked into talks with some of the top accelerators in the world, which resulted in their participation in Batch 19 of 500 Startups. Having spent time in California with mentors from 500 Startups and their program, we decided to check in with the team to see what has changed.

ShearShare is a mobile app that services a unique B2B niche, allowing stylists and barbers to rent unused salon space on-demand. Salon and barbershop owners make money on their empty chairs, and stylists get to lease by the day. In our last interview back in October, ShearShare was in 250 cities and in 11 countries. Flash forward just two and a half months later, and the team has already added another 32 cities, with a plan to be in every state where booth rentals are allowed by June.

Among their successful month-over-month growth, their retention and repetitive user base is on the rise. Currently, 80 percent of ShearShare users will rebook within 45 days, up from 63 percent in 60 days. December also boasted the company’s first international ShearShare booking, which took place in Paris, France.

The team had been operating off its MVP since launch and released the beta version of ShearShare a few weeks ago. This new version (available on both Android and iOS) offers an expanded search capability, international listings, and allows all licensed barber and cosmetology specialties in addition to hair and makeup–nails, esthetics, and massage therapy–to find and book space using ShearShare.

The team also landed a partnership with a well-established salon suites franchise, Salons By JC, to onboard their franchisees across more than 20 states.

“Their corporate office reached out and asked ‘would you be willing to open your platform to our people?’ It was an easy sell. They immediately saw the value in our offering,” said Courtney Caldwell. Tye adds, “This partnership increases our inventory and allows us to offer luxury salon suites on demand in cities where we hadn’t yet built supply. It’s been less than a month, but already we’re filling their empty salon space. One of our first Salons by JC ShearShare hosts went live on our platform and in less than a week received her first booking for 3 days. This is only the beginning.”

According to Courtney and Tye, much of their growth can be attributed to their community-centric approach, and more recently, due to the education and advice they’ve garnered through 500 Startups.

Though based in Texas, the Caldwells have relocated to California to be part of the 500 Startups’ seed program.

“The 500 experience continues to exceed our expectations,” said Courtney. “The guidance from industry-specific mentors like Tanya Soman and access to growth hackers like Tommie Powers has proven invaluable.” Tye went on to discuss how 500 Startups “provides you with all the accoutrements of startup life. Any kind of help you need, they will provide it. There is so much information to take in and digest–it’s really orientation by firehose–but you’re learning from the best.”

The duo also had the recent opportunity to meet with Joe Gebbia, cofounder and CPO of AirBnB, one of the team leads who has helped Airbnb grow exponentially.

“Some resources are just easier to access simply by having feet on the ground in Silicon Valley,” says Tye. “We reached out to Joe because community has always been a large component of our growth. We wanted to get a sense for the early days at Airbnb because we understand that community is such a vital piece in the growth of a marketplace.”

ShearShare’s focus on its users was only strengthened after chatting with Gebbia, who confirmed that Airbnb grew in a similar way. According to Gebbia, community tends to grow brands really well. This confirms what the Caldwells have seen with ShearShare, that there is a direct correlation between the number of bookings on the ShareShare app and the outreach events being produced.

“Salon and barbershop owners will host a ShearShare community event at their location and invite independent beauticians in the area. We talk about industry issues and how people are addressing them, and Tye gives advice and feedback on their challenges based on his almost 25 years in the industry. It’s a great knowledge share, and local salon owners are building more camaraderie within the community as well because they are introducing new tools to their network. It’s not a training session, but more like a continuing education seminar. Then we fit in where ShearShare can help support their long-term goals,” said Courtney.

Though the time between becoming Startup of the Year and joining 500 Startups’ seed accelerator has been brief, ShearShare is still dedicated to its original mission. According to Tye, if anything, the experience has broadened their scope.

“Even though we are a B2B app, we were challenged to look at our end user as a consumer. Our users are essentially solopreneurs, and their long-term success is our long-term success. We will continue to pour gas on the fire to accelerate ShearShare’s grow [hinting at future investments], but the community component will always be built into the fabric of who we are.” “That will always be part of it,” said Courtney.

Apply to be one of the Top 100 semifinalist startups of Tech.Co's Startup of the Year Competition that heads to Innovate! and Celebrate in Silicon Valley for the  chance to win $250K in prizes. Get noticed by investors, tech leaders and influencers. Apply here!