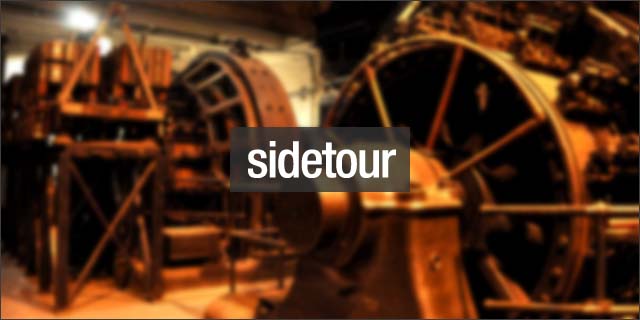 In today’s digital age, we often speak of social currency and the impact it has on our personal networks, but what about experiential currency? Those priceless moments, once in a lifetime opportunities, a feeling, not an intangible object. New York City startup SideTour creates memorable moments and events curated and developed by remarkable people who are passionate about what they do and anxious to share it.

SideTour was inspired by an around-the-world trip taken by co-founder Vipin Goyal and his wife. As they explored the different countries on their itinerary, the best, most meaningful experiences were those “hosted” by locals. Vipin felt that people should have more of those types of new experiences in their own cities, not just when they travel. SideTour is currently available in New York, Washington, DC and Chicago. From private drive events with Tesla Motors, to learning about street art in Queens, to off-the-menu dining experiences at some of the hottest restaurants, to a sneak peak of culture from curators, experts and enthusiasts, SideTour brings the sense of adventure that we feel when traveling to our hometowns.

SideTour was launched in New York as part of the successful TechStars Accelerator. Co-founder Vipin Goyal credits their rapid launch to the healthy mentorship received through the program, as well as the strong founding team they established. Vipin reinforces the idea that would-be entrepreneurs should think about the relationships with their co-founders as a marriage. There needs to be a powerful chemistry within the group that inspires, motivates, and propels the group forward when tough decisions have to be made and the inevitable roadblocks are encountered. Vipin goes on to relay that many founders start companies with their friends, but that’s actually the least stable of leadership models (vs. people who have worked together before, or even strangers), according to research by HBS Professor Noam Wasserman (author of “The Founder’s Dilemmas”). Vipin's closing thoughts for would-be start-ups: “Think carefully about your partners, choose wisely, and never take the decisions about your team for granted.”

Barbara Maldonado is the Social Media Strategist at Legacy Marketing Partners, one of the top Experiential Marketing agencies in the country. For Tech Cocktail she looks at emerging technologies that can help businesses. Follow her on Twitter @bmaldonado