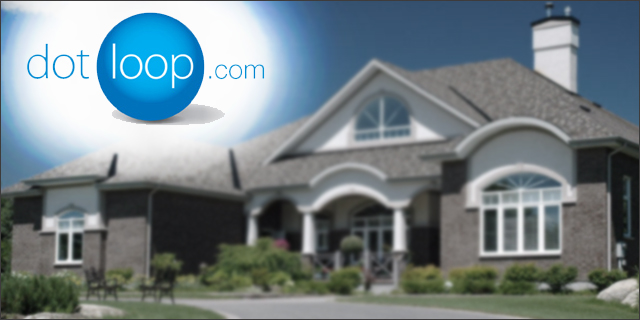 DotLoop was an idea born of frustration – a frustration that millions of people, including co-founder Austin Allison, have experienced.  What is this obstruction just begging to be simplified via web technology?

If you’ve ever bought or sold a house, you know the amount of coordination involved in the transaction; negotiation between the buyers, sellers, the agents on both side, alongside coordination of the signatures and amendments associated with a sale…it can be frustrating in even the best circumstances. This is the void DotLoop fills – instead of this back and forth between multiple parties, DotLoop provides a simpler alternative – execution of the real estate transaction in real-time, ultimately saving time, producing a better consumer experience and increasing agent productivity. 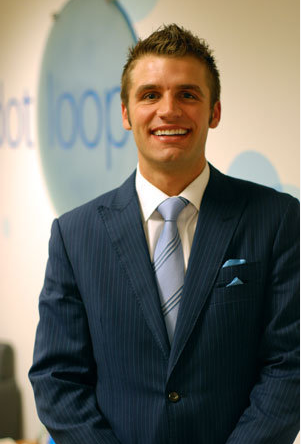 In three short years, Allison has taken Cincinnati-based DotLoop from an idea to a 40-person company (and growing if you’re looking) with over 100,000 paying subscribers. At 26, he didn’t just stumble on an area begging for a technology solution; he’s a veteran of all sides of the transaction. He grew up in a family involved in the business of real estate/construction, and bought his first house when he was 17. “I became a licensed real estate agent at 18, and was selling throughout college.” After undergraduate work at the University of Cincinnati came law school, and then the realization that the process of buying and selling a home needed to be simplified.

Allison had the idea, but needed a technical co-founder. Tapping into his network, he teamed up with Matt Vorst, who made Allison’s whiteboard vision a web-based reality.

Dubbed DotLoop, the technology brings all of the involved parties “into the loop” of the real estate transaction. For example, an agent opens a ‘loop’ (as the process is called), and sees a dashboard view of all active clients along with a Facebook-like wall of associated client activity. Calendar and contact import are available in what Allison calls “a virtual workspace” that the agent can share with other agents. After finding a property in the Multiple Listing Service (MLS), the agent adds forms to the loop from a form library (or uploads one if not in the library), and in the final step, adds the client to the loop.

This is where the fun begins, or “secret sauce” as Allison puts it. These parties now act through a collaborative data layer and collect all the necessary signatures to close the deal electronically.

The fact is, DotLoop has taken an onerous process and made it refreshingly simple. The task of adding a client is like adding a friend in Facebook. Adding a form is like adding to your Dropbox. Allison knows this is exactly what buyers want.

“The largest group of home buyers is between 30-35 years old, and they expect things to work this way,” he says.

Does the competition work this way? Not even close. “We consider the competition the ‘status quo’,” says Allison. The status quo consists of companies that offer automatic form completion, or the ability to create and fill out PDFs, as well as those that offer electronic signatures and document management. None are offering the integrated system that DotLoop offers.  “Think of our competitors as a standalone MP3 player. DotLoop is the iPhone.”

Allison says the main reason for DotLoop’s success is that the company “values simplicity” and delivers the right features for its target audience.

The large real estate brokerages have taken notice.  DotLoop’s eEdge technology, adopted by Keller Williams, was just awarded the Most Innovative Real Estate Service award from Inman News, and the company has a partnership with RE/MAX as well.

DotLoop has two revenue models, one for the individual agent and the other for brokers to buy multiple licenses for their agents. Allison claims the software saves an agent a minimum of 10-20 hours per transaction. “The savings in productivity, as well as the ability to track all agent activity via a broker dashboard gives the brokerage a competitive edge.”

Does DotLoop have any plans to move into other verticals? “Any interaction where more than two people are involved, and is repeatable, it is possible,” says Allison. “Our vision though, is to be to the real estate industry what Facebook is to socializing.”

Curious about how it works? See it in action for yourself. 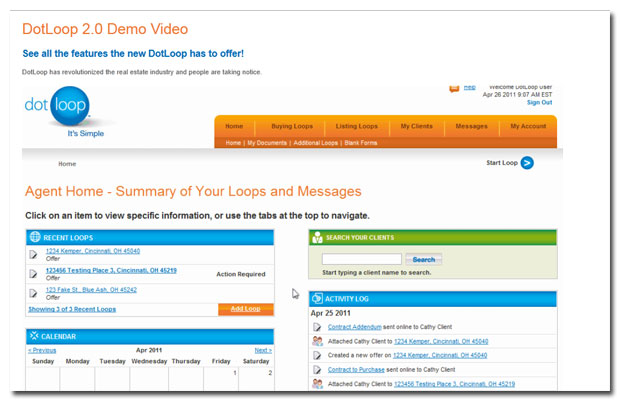