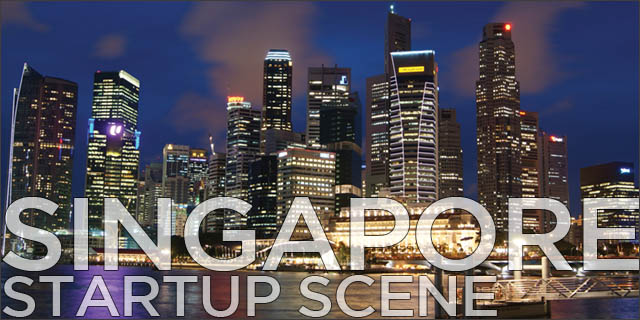 Right now, Singapore startup accelerator JFDI is capping off day 57 of its 100-day program. Of the startups who applied from as far away as the United States, Pakistan, and Kazakhstan, nine were chosen – and that bodes well for them, as over 60 percent of startups from JFDI’s inaugural, 2012 class raised funding.

Even though JFDI puts a strong emphasis on creating solutions “for Asia,” the program already has international appeal. And considering its location, it’s easy to see why. Singapore ranks #2 on the Index of Economic Freedom and has several entrepreneurship visa options. Startup Weekend has landed there, as has the DEMO conference. Local media outlets like SGE and Tech in Asia host events and monitor activity.

“Asians are quite good at reading books and putting them into practice,” says Mason.

Singapore also had a presence at this year’s SXSW, with government agency IDA bringing nine startups. This was IDA’s third year with a booth at the SXSW trade show, where they aim to promote Singapore as a startup and investment destination.

“Those who were savvy about the tech landscape in Singapore were keen to learn how to leverage Singapore's strategic location to expand their own companies into Southeast Asia,” says US centre director Victor Tan.

Dave McClure and 500 Startups are also keen to learn about Singapore. Geeks on a Plane, their band of traveling startup brothers (and sisters), is headed to Singapore in June to check out the action.

But one of Singapore’s challenges, as I describe in my Asian startup report, is dealing with fear of failure. Though 7 out of 11 JFDI startups have raised funding, Mason has already gotten flack from those focusing on the failed 4.

“This self-flagellating, negative, critical aspect of Confucian culture . . . is poison to creativity and innovation, and I don’t know how quickly that stuff changes,” he says.

But Mason is optimistic. He compares Singapore’s startup scene to a soccer club from his hometown of the United Kingdom – a core group of hustlers supported by tons of wannabe, supporting fans. Those fans just need a bit more courage to jump into the startup game.