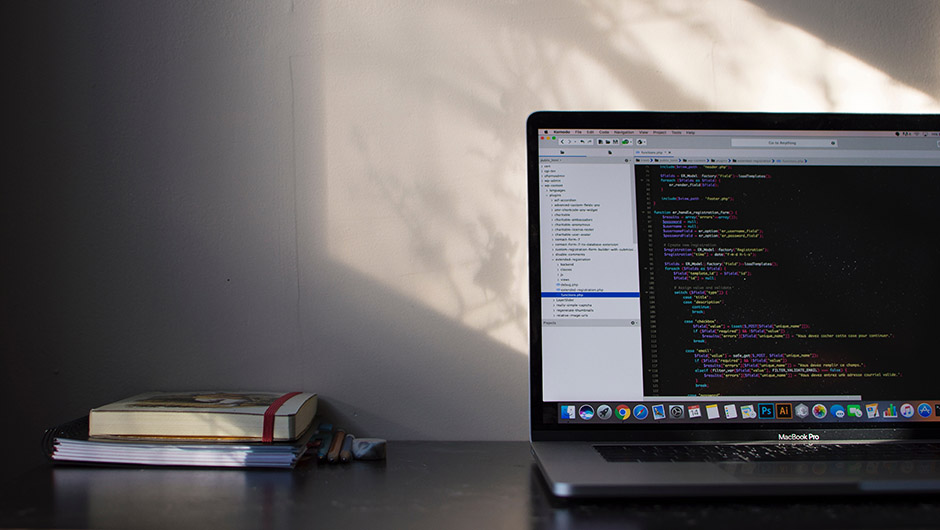 The tech industry thrives on innovation. With the creativity of sci-fi film directors and the funding of large countries' military budgets, tech companies around the world have revolutionized how people live their lives. From smartphones and self-driving cars to artificial intelligence and machine learning, tech has had a bigger impact on the everyday life than daylight savings time. In fact, the only thing holding the tech industry back right now is the skills gap between what employees can accomplish and what they need to accomplish. The problem is, it's a really big gap.

Like any problem, understanding the skills gap could be the key to unlocking the potential of the country's workers and ushering in an even more prolific era of tech innovation. However, educating enough potential candidates in the complicated skills necessary to keep pace with the advancements on the horizon has proven too difficult for even the geniuses behind these companies to figure out. And the numbers are not on their side.

With an estimated 1.4 million computing and engineering positions that need to be filled by 2020, the skills gap is very much in need of closing. However, studies have predicted that universities will only graduate approximately 400,000 computer science graduates by that time. Additionally, the National Federation of Independent Business found that 45 percent of small businesses reported that they were unable to find qualified applicants to fill job openings in the first quarter of 2017. And when you look at the affected industries, it gets a lot worse.

The skills gap in cyber security could be the most costly of all. Between ransomware and data breaches, large corporations and small startups alike are at risk for some serious digital casualties. However, protecting yourself and your company has become harder than ever, as hackers are constantly innovating new ways to dismantle your security measures. And the industry is struggling to make a dent.

According to a report from Enterprise Strategy Group titled The Life and Times of Cybersecurity Professionals, 70 percent of cyber security professionals believe that their organization is being negatively impacted by the skills shortage in the tech industry. To make matters worse, “63 percent say the cyber security skills shortage has increased the workload on existing staff, 41 percent have had to hire junior personnel in lieu of more experienced staff, and 41 percent claim the cyber security staff spends a disproportional amount of time on incident response and limited time on planning and strategy.” And they're not the only ones.

As the technology center for a lot of companies, an IT department needs to be on the top of their hard skills and soft skills at all times. Unfortunately, keeping up with shifting trends and evolving technologies has proven significantly more challenging than any IT professional could have predicted. And solving the problem could be even harder.

“Despite its negative effect on the bottom line, two-thirds of organizations do not have a formal strategy to address skills gaps. Because most struggle to identify and assess what skills are missing, they are unable to narrow the gap,” wrote the authors of a recent IT study.

Even industries not typically rooted in technology are seeing a dearth of talent in their departments. Sales, for example, is experiencing a skills gap that could see a significant drop in deals for all kinds of companies. And, much like IT and cyber security, the problem lies with a lack of skilled candidates. 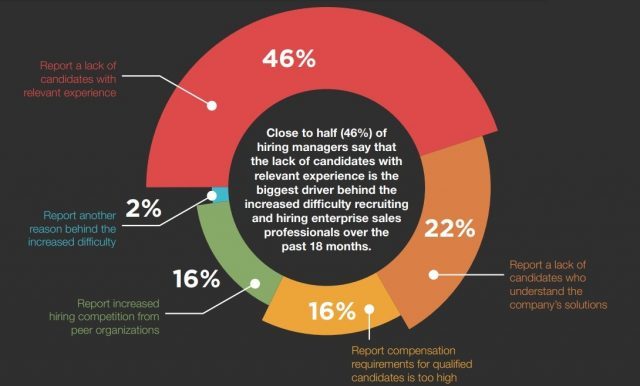 A study from Impartner discovered that 90 percent of hiring managers polled found it tough to “recruit and hire direct sales professionals.” To make matters worse, 46 percent specifically cited “a lack of candidates with relevant experience” as the primary issue causing the shortage, with another 22 percent claiming that candidates don’t understand the company’s solutions. And it's costing companies a whole heap of dough.

According to data from a CareerBuilder survey, a little less than 60 percent of U.S. employers have job openings that regularly stay vacant for more than 12 weeks, due to their inability to find qualified employees in a timely manner. And, according to HR managers, the cost of extended job vacancies can total up to $800,000 annually. That's a lot of lost revenue because you can't find a viable candidate.

“The gap between the number of jobs posted each month and the number of people hired is growing larger as employers struggle to find candidates to fill positions at all levels within their organizations,” said Matt Ferguson, CEO of CareerBuilder and co-author of The Talent Equation. “There's a significant supply and demand imbalance in the marketplace, and it's becoming nearly a million-dollar problem for companies.”

The skills gap is more than a national issue; it's a global problem. Countries across the world have begun to see the dire effects of hiring employees that simply can't get the job done. According to the Hays Global Skills Index, Sweden is the number one country in need of skilled labor, with the United States, Luxembourg, Spain, and Germany rounding out the top five. This is a good indicator of the inability for quickly moving markets in the US and Europe to land candidates to keep up the pace. 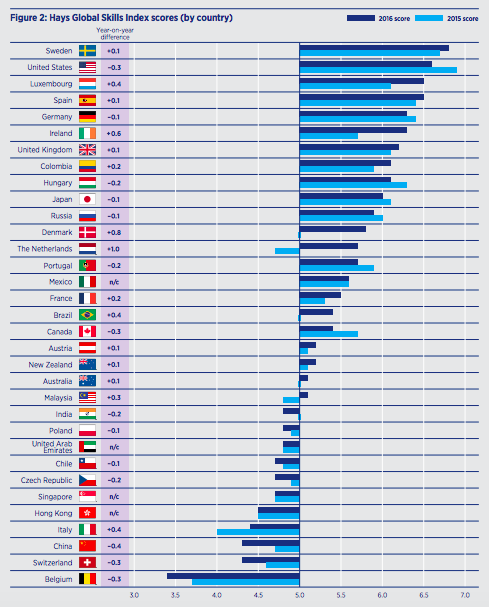 It would be easy to claim that the speed with which technology has evolved is the only reason for the undeniable skills gap plaguing the business world today. It would be even easier to write off any meaningful solution as “throwing deck chairs off the Titanic,” as technology's evolution will not be tapered any time soon. However, the easy answer is rarely the right answer.

To really dig into the skills gap, the true cause needs to be established. While there is tragically no consensus on what small details are creating the skills gap, there are plenty of theories that can inform us on how to solve the problem.

Unlike marketing, advertising, or even waiting tables, tech skills are decidedly difficult to measure in any real, meaningful way. Unless you're that one guy that accidentally shut down the WannaCry ransomware attack, cyber security professional rarely have “foiled a hacker's data breach attempts at a large company” on their résumé. Even if a candidate is qualified, there are few ways to measure whether or not they are the person for the job.

If you've ever gotten a job that you weren't initially qualified for, you understand the importance and value of learning on the job. Tragically, due to a competitive labor market and the paradox of choice, it's no wonder companies aren't taking a chance on less experienced employees and instead hold out for the best of the best. Unfortunately, they're holding out a little too long, which doesn't allow employees to learn on the job.

After all the statistics, rhetoric, and (perhaps overly dramatic) tech industry Doomsday scenarios I've thrown at you, you may have forgotten to ask yourself a very important question: is there actually a skills gap in the tech industry? Sure, swaths of employers have claimed they're having trouble hiring qualified candidates while the population of unemployed citizens should be providing plenty of potential workers. But what's the real reason behind the lack of talent? It's workplace education.

This blame didn't used to fall on the heads of the employee. Only 21 percent of U.S. workers surveyed by Accenture said they had received any formal training at work in the previous five years. Additionally, just ten years ago, the US Department of Labor counted more than 700,000 active registered apprentices, while there are just 287,750 today. Perhaps if companies want to solve the skills gap, they can actually start investing in their employees — you know, like they did in “the good ol' days.”

At some point in this article, I've touched on a number of solutions that could potentially help solve the skills gap for companies of all shapes and sizes. Unfortunately, there is no magic wand, no genie in a bottle, no troll under a bridge that is going to grant you a wish to solve the skills gap. What I will offer is an abridged version so you don't have to go back and try to figure out how you're going to address the issue. So, here it is:

Stop being picky, invest in your employees, find a way to measure these necessary skills, and stop complaining that things were better way back when. Yes, it's that simple.

Read more about the ever-growing skills gap on TechCo