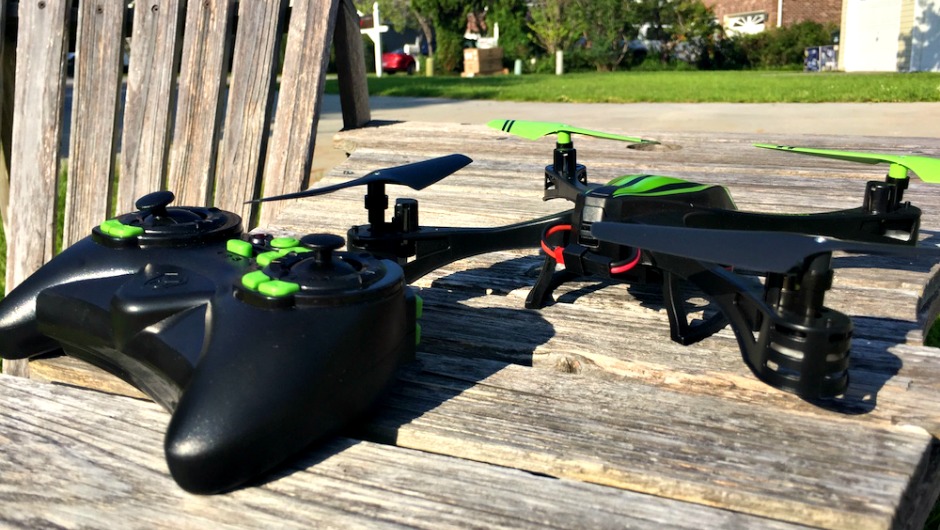 Drones and quadcopters are more popular than ever, and that means brands of all sorts are releasing a wide range of flying gadgets. From hobbyists, to toys, to people who build them on their own, they can range from extremely affordable to more than most people’s rent. Sky Viper on the other hand has a range of four quadcopters, each on the entry-level spectrum, with better controls and clearly designed with the user in mind.

Over the past two months, we played around with, crashed into, and of course bothered people with the Sky Viper V950 to see if it’s worth a spot on your gadget shelf. But first, let’s see what’s in the box:

As far as entry-level quadcopters go, the Sky Viper V950 is not only easy to fly, but the controls are super easy to learn. Unlike some of the other stunt and camera drones, we have very little issue with initial calibration to keep it steady, the buttons are all clearly labeled (looking at you Syma), and for those who want more control there are sensitivity settings.

This 2.4 GHz quadcopter has a range of about 200 meters and has a flight time of 8-10 minutes, which is slightly better than some competing offerings. It also fully charges relatively quickly, which is great since you can’t remove the battery without taking it apart a bit.

Taking off the removable camera can also add to this as well. For photos and video, it shoots in 720p HD, but, recordings have some pretty bad jelloing effect. This is where video looks like someone presses the side and causes odd ripples throughout it. It’s obviously not professional grade, but this does make the recordings less useful. Unfortunately the photos also come out a bit grainy, likely just capturing a video still. When not in motion both look pretty decent, but obviously you’ll be using this in air. There is also another feature that lets you take 360 degree panoramic video, but we found this to be more of a marketing term for the drone moves on a circular rail while it’s recording. It won’t result in a 360 panoramic image or video though. On the plus side the camera is not static, but is set prior to flight. Media is recorded on an included micro SD card (reader as well).

Like most entry-level quadcopters, the V950 is not without its fault, though overall it’s a smooth flying experience. In wind, it doesn’t handle great, but better than the nano, so it’s probably best flown on a windless day.

Quadcopters aren’t the prettiest gadgets on the planet, and this one follows the typical four blade design. Equipped with removable propeller protectors, built-in landing gear, and an adjustable camera angle, the Sky Viper is both easy to fly and ultimately quite durable (see our wall smash test). The camera component can also be detached to increase flight time and reduce the weight, which is better for stunts and maneuverability.

Although the V950 does not have a heads up mode, there are both green (front) and red (back) indicator LEDs to help pilots identify direction. Though typically batteries are also hot swappable, this one is built within the body of the quadcopter. This is a bit of a negative feature because flight time on these kinds of drones are relatively short, and hot swappable batteries help resolve this. Rather than an on switch, you simply connect two wires together and place it on a flat surface so that it can calibrate. Once calibrated, there are also four trim buttons to adjust rotation and pitch.

Overall the Sky Viper V950 Drone is both durable and intuitive to fly, but doesn’t necessarily handle well in wind or breezes.

Should you buy the Sky Viper V950 HD Video Camera Drone? If you are ok with spending an extra $20 for higher quality and more intuitive controls, definitely. Just be sure to fly it on less windy days or you may find your drone stuck in a tree. We give the Sky Viper V950 a 3.8 out of 5 due to it’s slightly larger price tag, the jelloing effect with recorded video, and inability to easily swap the battery. Personally, the V950 flys really well and is incredibly fun.

Where to buy: Toys-R-Us, Target, Walmart