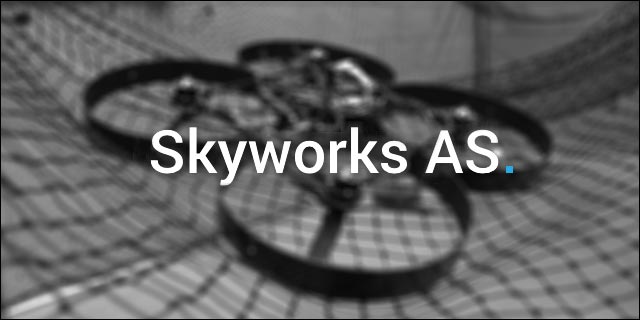 Among the literally thousands of gadgets unveiled at CES last week, one would have discovered various robotic life-forms rolling about the ground or flying overhead. While seemingly a scene out of some sci-fi movie portrayal of the year 3000 or some illusory Amazon dream world, drone technology was a very real thing at CES – and it won't be long until we see drones out in the real world. With the introduction of new technology in our lives (particularly those capable of self-operation without human dominion), comes an inherent, fearful response. However, unlike some public concern and various media portrayals of drones, Greg Friesmuth assures us that drones are here to help us rather than hurt us.

Friesmuth is the cofounder and CEO of Skyworks Aerial Systems, a Vegas-based startup that manufacturers and designs unmanned and autonomous aerial platforms (i.e., drones). The state of Nevada is just one of six sites that have FAA approval of drone testing – specifically, the state is looking at how air traffic control procedures can help drones move through into civilian airspace without disruption. Skyworks itself came about as a byproduct of Friesmuth's senior design project at the University of Nevada, Las Vegas, designing the drone platform.

Results from drone testing have the potential to impact businesses (Nevada Governor Brian Sandoval even stopped by CES to voice his support of the testing). In fact,The Wall Street Journal even argues that the slow rate of U.S. adoption of drones could be hindering our economic expansion. Commercial delivery services and economic implications aside, Friesmuth believes that there are just so many practical uses for drone technology. While Skyworks Aerial Systems is currently only using its drones for these kinds of delivery purposes (partnering with Walls360 to deliver stickers), drones have the potential to support wildlife research and provide alternative methods of disaster relief.

“Currently, there's a lack of infrastructure in place to support the use of drones [in any truly impactful capacity]. As we continue to test and to improve the technology, it will become more and more reliable…It's important that we show people that [drone technology] is already here and show them how they can use [drones] rather than fear of getting hurt.”

Aside from the infrastructure limitations due to FAA regulation, there are – of course – the technical limitations that prevent drones from achieving any significant practical or commercial effect. “Right now, a lot of development needs to be done on improving radio frequencies, sensors, and battery life,” said Friesmuth. Since gaining public recognition, Skyworks has received interest from various sensor and hardware manufacturers that could potentially help with some of these issues. The company has also received inquiries from people looking to use drones for various purposes – for which, Skyworks hopes to develop individual drone solutions in the near future.

Learn more about Skyworks Aerial Systems from their Facebook page.