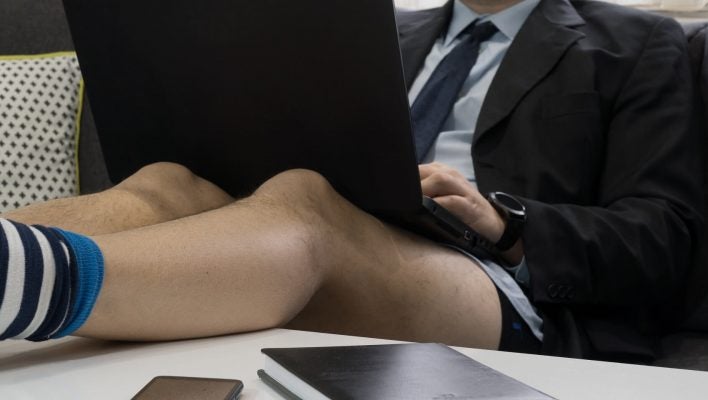 Google and Facebook have just announced their employees can work from home through the rest of the year, while Twitter has gone a step further, debuting plans to allow its workforce to stay remote “forever.”

It's a near-certainty that every major tech company has at least considered the same possibility. The pandemic lockdowns were an inadvertent trial period, albeit one with a lot of extra stress added to the equation.

But was it a success? What kind of data can we gather from our massive global work from home experiment? Can we even draw any big conclusions here, given the unusual circumstances? As a top business communication platform, Slack is in the perfect position to weigh in.

Workers are arriving at work later and taking longer breaks during quarantine, the study shows, clocking in an average of 48 minutes later than normal, at 9:30 in the morning. At the same time, 36% of them are taking more breaks than when at their physical offices.

While the actual output matters more than the hours logged, it seems safe to say that work-life balance has, for many, temporarily shifted towards “life” and away from “work.” The data comes from a study of 2,000 workers in the UK, so this is a look at how the Brits are handling the WFH shift. Still, it's easy to see Americans pulling the same moves.

In addition to settling into their work day a little later, some workers are sleeping in now that their daily commute takes about ten seconds, getting up a little after 8 in the morning. That's over an hour later than the typical average wake time of around 6:55 am.

It's also one of the few positive affects of the rapid shift to WFH life — getting more sleep is undoubtedly beneficial in a myriad of ways.

Working from home comes with relaxed dress codes too, and people are taking full advantage. One third of respondents (34%) said they weren't making as big an effort to wash and dress. 32% have taken to wearing loungewear all day every day, and 6% have only been getting dressed from the waist up.

Communication's Down, Loneliness is Up

A full 84% of respondents say they feel that their internal communication at work has been “impacted,” while a hefty 68% “are finding it difficult to communicate effectively” with their colleagues.

On top of that, one in four respondents say they are feeling lonely due to their WFH schedules.

Granted, the number of lonely workers is a lower number than the large majority that faces communication concerns, but both issues are equally serious matters. While the previous findings could be in part shrugged off, these inabilities to communicate or interact with friends may be signs that remote work isn't for everyone.

Based off all that data, things aren't looking good for remote work. It's apparently a lawless wasteland of pantless slobs sleeping in an hour every day.

But this isn't the whole picture. It's a snapshot of a pandemic response, in which everyone found themselves suddenly alternating between fears of a looming global recession and worries that their grandparents are going to catch a virus and die.

I've been working remotely for 2.5 years. The past 2.5 months have left me more *exhausted* than ever before.

In the end, we can't say that this is a fair assessment of the downsides to working from home. But the study does have a lot of insights to offer about the health impacts of increased stress when combined with a switch to working from home. Struggles to communicate will affect many and a sense of loneliness will trouble some.

Will workers be able to adjust to a healthy form of working from home? We're still waiting on that study, but it can't be far off.

In the meantime, I'd recommend skipping your pants for work calls. Just 6% are currently enjoying this activity, and those are rookie numbers.