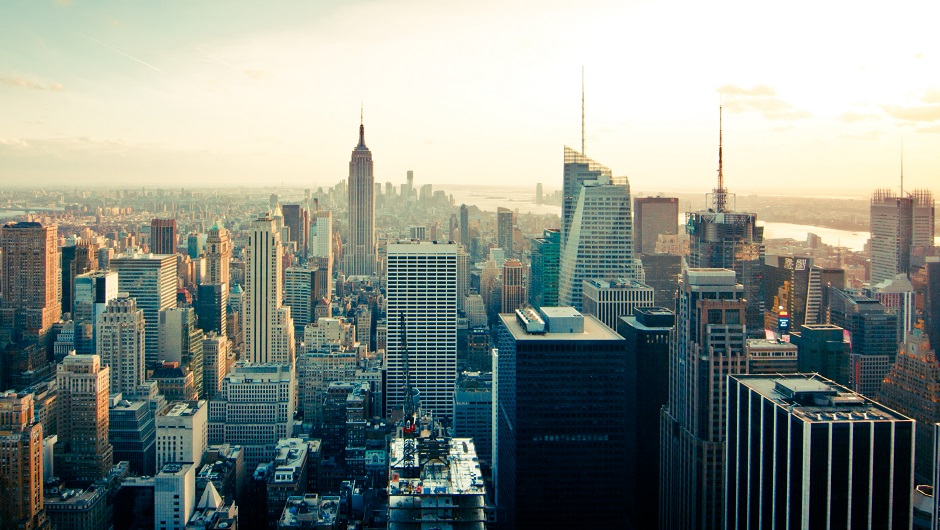 Smart cities — the term for modern-day cities powered by cutting-edge IoT tech — are starting to emerge. Kansas City’s recent award-winning “smart city” initiative gathers data from its downtown streetcar line in order to help businesses adjust their services to the flow of foot traffic in the area. One South Korean town has cut buildings' operating costs by 30 percent after installing smart sensors to better regulate water and energy use. NYC is leading the pack: Just this week, Brooklyn will even host a four-day Smart Cities NYC conference dedicated to the topic.

Cites and smart tech are a natural fit, since the jam-packed populations of any major city offer the one thing any system-wide tech advancement needs: Raw data. Here's a look at how NYC is leading the way in creating a better connected, more efficient city than ever — and a look at the impact that a smarter city can provide.

LinkNYC offers the best municipal service for the younger city dwellers: free WI-FI broadband from a series of city-wide kiosks that also offer USB charging ports, phone calls, maps, and a built-in tablet that anyone on the street can use to surf the web. Even the machines themselves are smart, according to the company, as they use “internal sensors to understand the environmental impact on the structures.” It's the phone booth for the 21st century.

The service is provided by the CityBridge consortium in partnership with New York City. Over 800 LinkNYC kiosks are already in place, and 11 new machines in Woodhaven were just announced last month. LinkNYC's goal is to install 7,500 kiosks across the big apple by 2025.

Smart Cities Are the Future

The smart city market, potentially worth trillions, operates using a vast system of data collection techniques: Its leading technologies are location-based, recognition-focused, transactional, or service-linked, and it's all integrated with daily city life.

In short, smart cities represent the biggest shift in city life for the past century. But don't take my word for it: Listen to what Stephen Goldsmith, professor of government and director of the Innovations in Government Program at the Harvard Kennedy School, told the Wall Street Journal:

“In terms of city governance, we are at one of the most consequential periods in the last century.”

Thanks to the connective tissue of LinkNYC’s internet-providing, phone-charging kiosks, New York City is growing smarter every day.

Read more about the NYC ecosystem here at Tech.Co