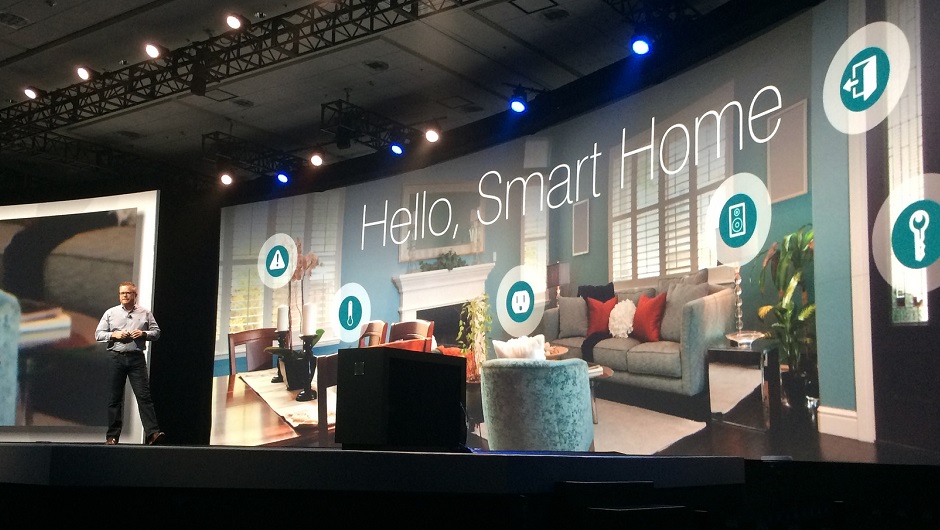 Funding for smart home startups is looking up. According to the latest data from CB Insights, funding amounts are on track to be 30 percent better than they were in 2015. That's only the total amount of funding, though: The actual number of deals is still on pace to remain even. Both the amount and the number of deals are well below the smart home interest peak in 2014, however.

In short, smart home startups are showing signs of weathering the 2014 bubble and continuing to march towards profits.

The Annual Deals and Dollars

The report, released today, sums up the state of smart home startups and their funds, while sharing a chart depicting the current and projected numbers for 2016, stacked against the same stats for the four years prior:

“Both deal volume and funding volume peaked in 2014. Around that same time, large corporates started getting involved, as exemplified by Google’s previously-mentioned acquisitions of Dropcam and Nest. At the current run-rate, deal activity to date in 2016 is projected to fall slightly short of the 2015 total. Funding this year is set to see a sizable 30% increase compared to 2015.

Although these deal and dollar levels are not as high as the peak in 2014, they would remain significantly higher than pre-2014 levels.”

Some Massive Deals Are Juicing the Numbers

The reason for the uptick in funds? A $100M private equity deal that home security system supplier Vivint landed. Other large deals, both made during the second quarter of 2016: “a $23M Series C round of funding for Tado and a $15M Series A deal for Sevenhugs.”

Though the second quarter was otherwise a slow one for the niche industry, these deals indicate a growing interest among heavy-hitters for smart home startups not seen since 2014. And it's not just the big deals: “only 16 companies received their first seed funding in 2013, compared to an average of 25 companies per year from 2014 onward.” That number is staying strong in 2016, indicating that young startups are still holding their own in the niche.

The data is mildly comforting news in an economy that still has many founders tightening their bootstraps. 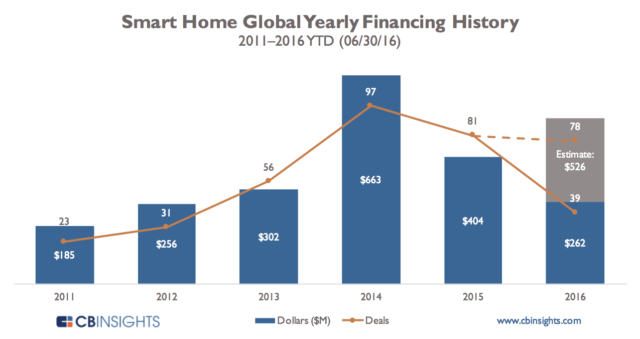