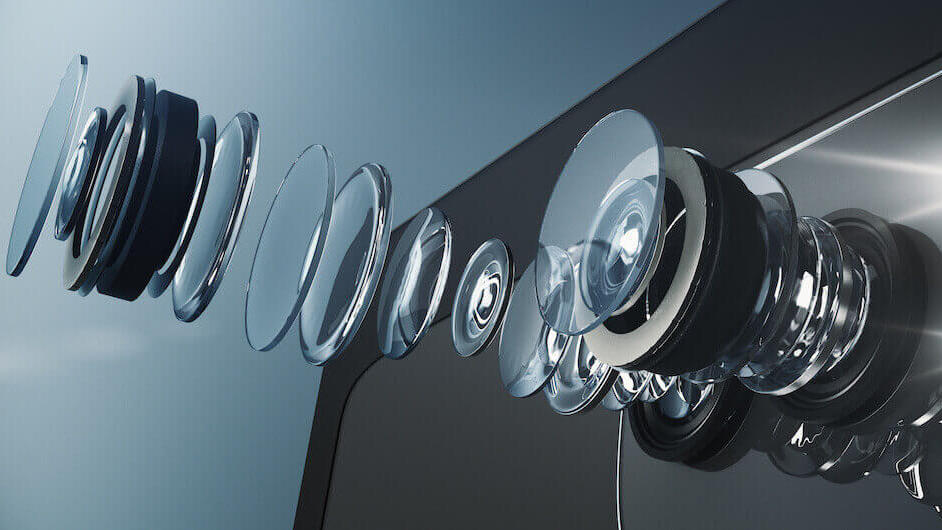 Camera phones were a genius-level innovation when they hit shelves in 2000, and they've only become more popular over the past two decades. The smartphone camera boom, however, has led to a lot of oneupmanship between the main brands. Features such as portrait mode and high resolution zoom became near standard, seemingly overnight. With the ability to post ever-better (or instantly touched-up) pictures on social media, consumers have started to treat phones as a camera first, telephone second.

So, what's a smartphone brand to do when you've thrown all the megapixels you can at your camera? Easy. Add more cameras.

The More Smartphone Cameras The Merrier

The multiple camera trend hasn't hit its plateau yet. This much feels clear from the scores of new phones with an increasing number of lenses hitting the market this year. From the Samsung Galaxy A9, which boats a whopping four rear-facing cameras, to the LG v40 ThinQ, which is equipped with a total of five cameras, there are plenty of signs that manufacturers and consumers alike are on board with more smartphone cameras.

But why do we need all these cameras? Outside of improving the basics of the average smartphone snap – for instance, boosting resolution and sharpness – unique camera features are becoming more compelling on new devices. 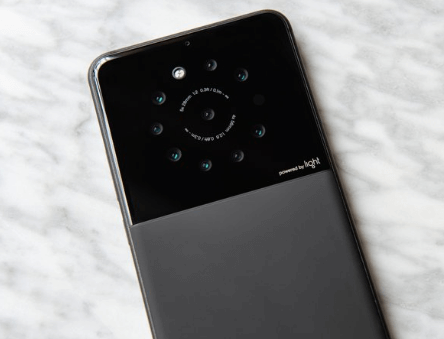 High resolution zoom, portrait mode, wide-angled lenses, and super slow motion video became the norm for top-end phones as Samsung, Google, and Apple dropped them in. Each of these brands has released premium phones with at least two rear-facing cameras. However, some companies have taken things even further.

Light, the camera company that made waves for releasing a 16-lens camera a few years ago, is apparently taking its talents to the smartphone world. It plans to release a 9-camera smartphone later this year. According to a Light statement, the device will be able to capture photos in 64-megapixels and will have better low-light performance and improve depth effects.

Unlike the average smartphone manufacturer, which has different lenses for different purposes, the Light smartphone will have all nine lenses working together to provide flawless light exposure, crisp sharpness, and all the elements you need for that perfect shot.

But is all that necessary? It is when you don't have the software to do any better.

Less Is More With Smartphone Cameras

The Google Pixel 2 is one of the best smartphone cameras on the market today. Granted, with the upcoming release of the Pixel 3 and Pixel 3 XL, that title will be challenged. But, Google still has a contender for one of the best smartphone cameras around. Bucking the trends above, it's achieved this via just the one rear-facing lens. How is this possible?

It's all thanks to the impressive software in Google smartphones. All the touch-ups, effects, and special features that are elsewhere being delivered by multiple cameras, can be achieved via one camera with Google's unmatched artificial intelligence software.

Sure, it has just one lens. But the Pixel 2 still achieves clarity in portrait mode, impressive wide angle shots, and seamless panorama options. Apple, Samsung and Huawei aren't using the same software to make this possible via a single lens. In order to compete, adding extra cameras is the main way to match performance, plus boost appeal to consumers. After all, two (or three or four) sounds better than one.

The Camera Features That Actually Matter

When it comes to the quality of smartphone cameras, there's a lot of jargon to comb through. With all the complicated specs and seemingly random number values, it can be hard to really know what makes for a good camera. When deciding for yourself, be sure to consider these specific features:

This is one of the most important features to look for in a smartphone camera. Perfectly exemplified in the Google's Pixel lineup and the newest iPhone, image processing, particularly when it's assisted by a robust artificial intelligence, can turn the most unflattering picture into a glamour shot worthy of an Instagram influencer.

The age of grainy flip phone camera pictures are long behind us, and zoom capabilities are getting more impressive everyday. The thing to look out for when considering a camera zoom is a telephoto lens. This is different to digital zoom (which has no physical moving lens mechanism). Many smartphone manufacturers are adding cameras with telephoto lenses to their devices to achieve 2x zoom with zero resolution loss, and the results can be pretty impressive.

If you're looking for a smartphone camera that can really knock those portrait mode selfies out of the park, you need to pay attention to aperture. It refers to the size of the hole through which light travels for the photo. It can be adjusted to create the stunning depth effects found in portrait mode photos. A wider aperture also improves low-light photography, and can combine with shutter speed to cut down blurry shots.

As the standard for measuring how good cameras are, megapixels aren't the be-all-and-end-all. Most smartphone cameras boast more than 10Mp on their rear cameras. ‘More' megapixels doesn't equate to better photos. Understanding how those megapixel are being used and what features go along with them is more important than just a single number.

With more megapixels, you can achieve higher detail. But the human eye can only notice so much of a difference. A 24Mp photo will let you crop into a picture further than a 10Mp photo, but without cropping and zooming, you won't see much difference. You will, however, be left dealing with some massive file sizes on the 24Mp shots.

After the perfect cameraphone? See our guide to the Best Phones You Can Buy In 2018