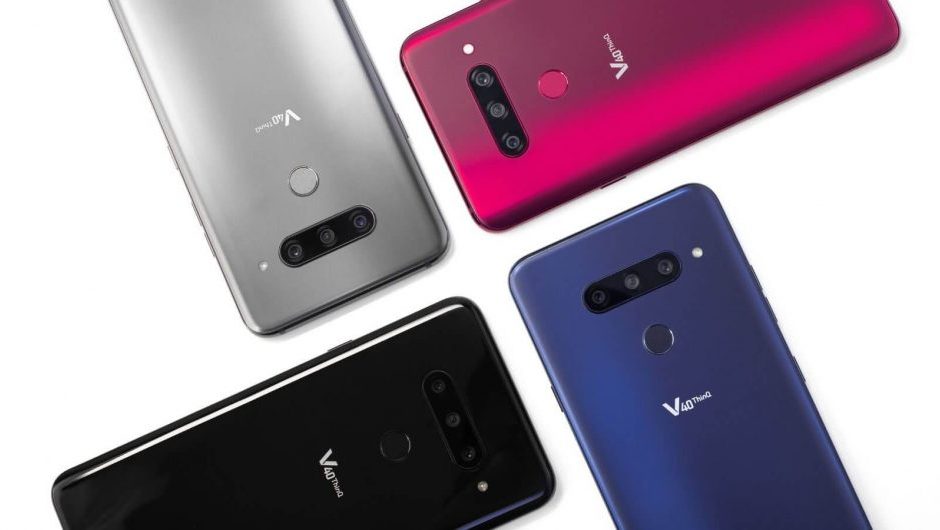 Following the announce of iPhones and Surface devices in the US, Korean-based LG has announced their newest flagship phone, the LG V40 ThinQ. And while the five cameras might begin to tempt you away from your favorite brands, rest assured, there isn't much else going on in this still-expensive smartphone.

It's the most wonderful time of the year for smartphone enthusiasts. Every tech company under the sun is announcing their new devices in preparation for the holidays, and LG is doing their best to remain relevant in an increasingly competitive space. The major pre-launch selling points for the LG V40 ThinQ are its five cameras and “brilliant artificial intelligence capabilities,” giving the LG V40 ThinQ the buzzwords it needs to make an impact.

Unfortunately, most early reviews of the LG V40 ThinQ are decidedly negative, with reviewers insisting there isn't much to the new smartphone outside of the overabundance of cameras, and that's just not going to be enough to sway early adopters, popular loyalists, or even everyday consumers.

Let's take a closer look at the details.

While the basics compare evenly to recently announced phones, like the newest iPhone, nothing truly pops on the LG V40 ThinQ. Outside of the number of cameras, the LG V40 ThinQ's features can be found across the smartphone spectrum.

Take a look below for a few specifics: 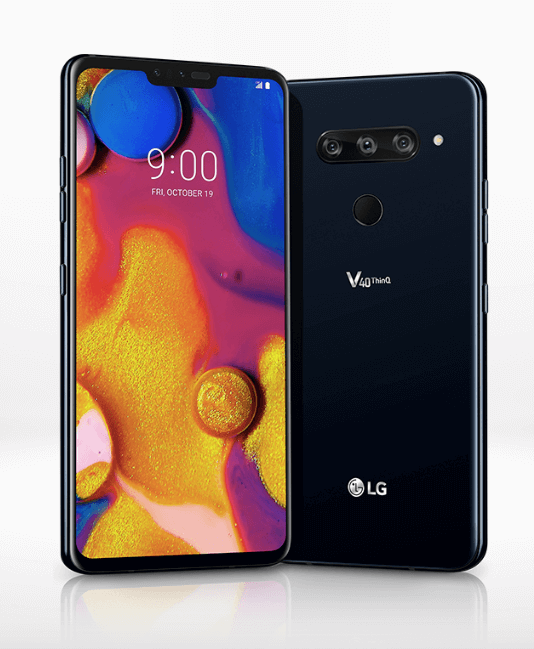 If all these numbers don't mean anything to you, let's break it down. The Qualcomm Snapdragon 845 processor is the latest model out there, so you know it'll be running fast. The 6.4 inch display is a mere .1 inch smaller than the new iPhone XS. Not bad.

Android 8.1 Oreo isn't the latest Android OS though. You'll have to wait for an update along with the rest of the Android lineup.  As for the battery, the 3,300 mAh should last you about a day and a half with light usage. As for the cameras, well, we'll get into that below.

If you use your smartphone as a camera more than anything else, the LG V40 ThinQ is definitely for you. With five cameras in total, it's the most photography-focused smartphone on the market by at least a camera or two. But where are these cameras and what do they do?

The LG V40 ThinQ has three rear-facing cameras, which aesthetically doesn't look nearly as bad as you'd think. The first camera is a standard 12-megapixel camera for your everyday shots. The second is a 16-megapixel wide angle camera, so you can get everyone in the crowd picture. And the third is a 12-megapixel telephoto camera that loses no resolution on a 2x zoom. 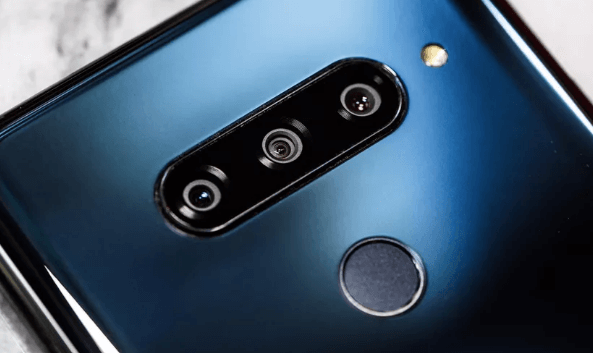 That's not all, though. The LG V40 ThinQ allows you to take a single picture three times in the same moment, using each of these cameras. No more switching between camera modes to get the perfect shot, just to have it slip through your fingers. This handy mode will make it easy to snap different pictures quickly and effectively, so you get the picture you're looking for without too much effort.

In addition to the three rear-facing cameras, the LG V40 ThinQ also has two front-facing cameras. The standard 8-megapixel camera will help any selfie aficionado get that perfect shot, while the 5-megapixel wide angle camera will be great for getting more people in the frame, particularly if you're arms aren't too long. These cameras are also equipped with an iPhone-like Portrait Mode, which will give you professional quality selfies every time.

We can confidently say that the cameras are the best thing about the LG V40 ThinQ. Five is a lot, but they all clearly serve a specific purpose that can make taking pictures easier for anyone. But is that enough to make smartphone fans take notice?

When a smartphone is lorded as full of “brilliant artificial intelligence features,” the bar is set pretty high. Apple and Google have both released updates to their operating systems that have made AI an integral part of the smartphone make-up. From recommended apps to predetermined routes, smartphones have become hubs for artificially intelligent programs. However, the LG V40 ThinQ's AI upgrade comes almost exclusively in the camera, which, at this point, should've been expected.

The LG V40 ThinQ boasts two unique AI photography features. The first is the AI Cam, which recognizes what you're taking a picture of and suggests an appropriate filter to make it pop. The second is AI Composure, which will adjust the position and frame of a picture after it's been taken for a more artistic feel.

We know what you're thinking: As far as artificial intelligence is concerned, these are hardly huge innovations. Yes, there is a market for the kind of person that can't take a picture to save their life, but other than that, we're decidedly unimpressed. After all, in a world swirling with AI innovations, suggesting a good filter or arbitrarily cropping a photo hardly seems like the most prudent use of the technology.

The LG V40 ThinQ also has Google Lens, the AI-powered image recognition search tool, which is found in pretty much every new Android phone, so no reason to get too excited about that either.

The cameras and the AI are one thing, but smartphones come with a huge number of features, and understanding those can help you make a better choice for yourself. Take a look at some of these frequently asked questions and their expertly researched answers to get a better idea of what this phone can do.

The LG V40 ThinQ has a 6.4-inch display, which should be big enough to check out all the beautiful pictures you'll take with one of your five cameras.

Does it have a headphone jack?

Yes, it does! Unlike other popular smartphones on the market like the newest iPhone or the soon-to-be-announced Pixel 3, the LG V40 ThinQ will have a headphone jack.

How loud is the audio?

Really loud! The LG V40 ThinQ use their Boombox Speaker tech to provide ultra-loud sound with more bass than ever before. It does unfortunately give the phone a bit of a plastic feel, but it's certainly worth it for those extra decibels.

Not too bad, but not great. The 3,300mAh battery allows for about a day and a half of standard usage, like texting, brief social media, and responding to emails.

The LG V40 ThinQ will cost you at least $900, depending on your carrier.

How do you pronounce “ThinQ” correctly?

The controversial smartphone name is pronounced “thin-cue” not “think,” which seems like a hugely missed opportunity on the part of LG, but hey, can't win 'em all.

The LG V40 ThinQ is available on Thursday, October 18th.

Should I Buy the LG V40 ThinQ?

With five cameras, it's safe to say photography buffs and social media fiends are the target audience for the LG V40 ThinQ. So if you find yourself constantly trying to get take perfect picture or struggle to find the right filter for your selfies, this camera-heavy smartphone will be the perfect fit.

However, if you use your smartphone for anything other than taking pictures, you should probably take a pass on the LG V40 ThinQ. Being more affordable than an iPhone is hardly impressive at this point, and with plenty of premium Android smartphones with price tags well below the $1,000 mark, the LG V40 ThinQ just doesn't have enough under the hood to make it worth your while. But hey, if you have to have five cameras, we're not going to argue with you.