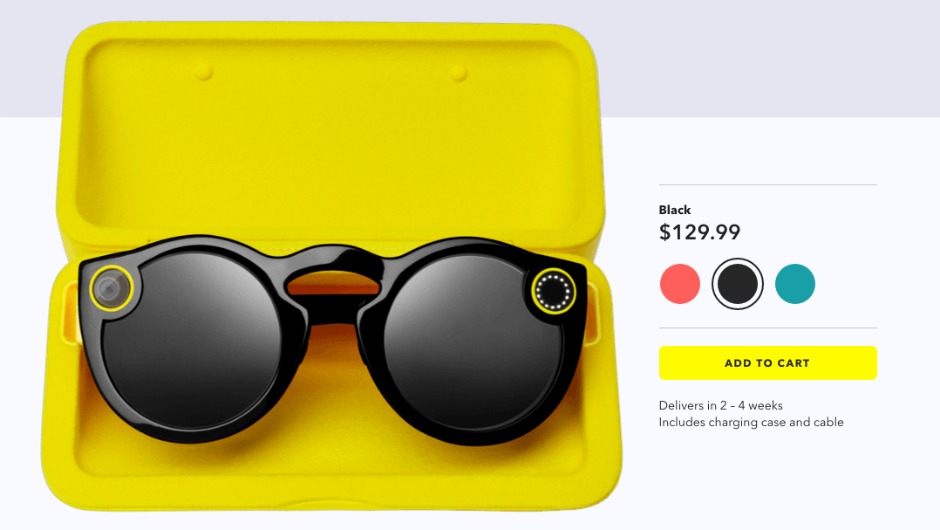 Today, Snap (formerly Snapchat), announced that their video recording sunglasses are available for purchase online. Prior to today, Spectacles were only able to be purchased through specialized vending machines that would popup around the country. The move is likely being made in hopes of bolstering the company’s number prior to its expected IPO on March 2, and to test market fit with stunt based marketing.

Currently set to ship within 2-4 weeks, Snap Spectacles are priced at $130, plus shipping and taxes. Although the offering will include a charging case and cable, the two accessories will now also be made available for purchase for $50 and $10 respectively.

Spectacles were first announced in September of last year, claiming the device contained one of the smallest wireless video cameras in the world. The device is said to have a day's worth of use on a single charge, record 10-30 second videos with a press of a button, and comes in three colors.

According to an article by TechCrunch, they found within Snap’s IPO filing the Spectacles had not initially generated significant revenue, and expect to take in unexpected production and operating costs related to their development.