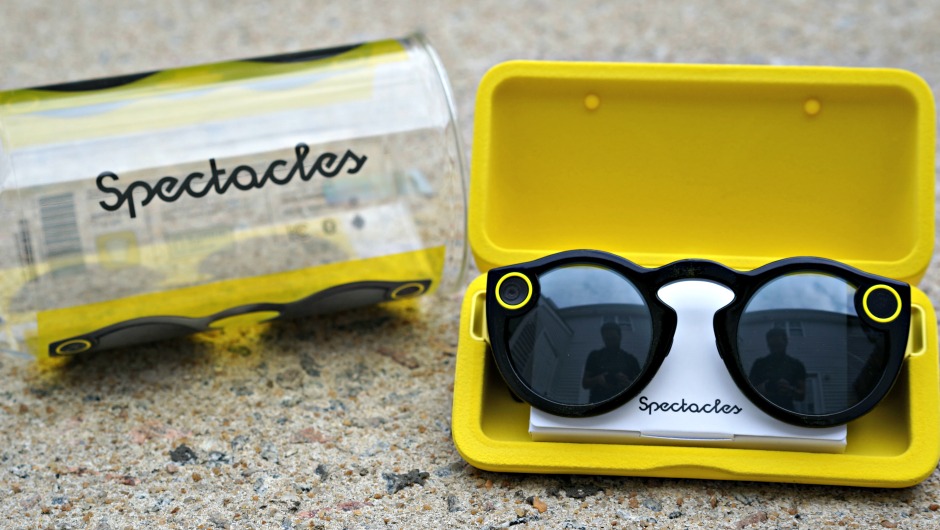 Social media is in an epic battle of sameness there year, but occasionally each network will produce a unique gem… that is until the others jump on their bandwagon. For Snap, formerly Snapchat, the introduction of Spectacles had them doubling down as a camera company rather than just a social media site last November.

Spectacles are a wearable camera, built into a stylish pair of sunglasses, that allow you to record short video snippets, and then upload them into Snapchat. Until last month, they were only available by way of popup vending machines that would appear in random cities; however, Snap opened their online store and now anyone in the US can purchase them.

Whether it be due to the exclusivity of ownership or simply due to the device itself not making you look like something out of Dragon Ball Z (ala Google Glass), the feedback on Spectacles has been all over the board. Ultimately the company itself has stated that the initial consumption has been less than projected prior to their IPO, but this too was prior to the launch of online sales. With such a divided, yet devoted user base, we decided to give the Spectacles a whirl to help you make a better choice of purchase… or wait.

Because Snapchat users come in many forms, I’ve also brought in reinforcements to get some additional feedback. We used the Spectacles over the period of a few weeks, at events, and during a recent half marathon in DC.

Snap’s Spectacles are more than just a wearable, first person camera. They embrace Snapchat’s approach to capturing moments in time and through your own point of view. Through a slight fish-eye lens with a circular capture area, the glasses produce video that tracks based on how you turn your phone. While this works quite well for Snapchat as a platform, it does not translate outside of it, so exporting video or trying to do a mashup tends to make it look subpar at best.

The recorded audio works relatively well, but we’d suggest not retaining the audio if you’re going to wear these while running. You’re going to sound like a dying yeti. From the mashup video, you can hear some of the sideline crowds cheering runners on and the bands playing off in the distance, so at least audio recording is solid.

Spectacles video quality itself is decent, but nothing spectacular. In standard definition (SD) mode, which is the default upload for Spectacles, the quality is typically a bit grainy. In ideal sunlight, SD quality improves, but still is nothing great. When you switch over to the wifi format (the glasses create its own temporary network for faster uploads), video quality gets a bump to HD and it makes quite the difference. Though it’s not great, in HD format the Spectacles still requires great outdoor lighting. Below you can see an example of how the HD exported video looks when cross-published to Instagram.

Spectacles video quality and less than ideal export format leaves a lot to the imagination, but beyond that the device itself does have quite a few redeeming qualities. For starters, the battery life lasts a good bit. After running in a half marathon (about 2:30 hours in total of recording) I was able to capture about 42 video clips and still had some juice left over. The charging case itself also holds a battery charge, so it can fuel the device up for another two or so sessions. 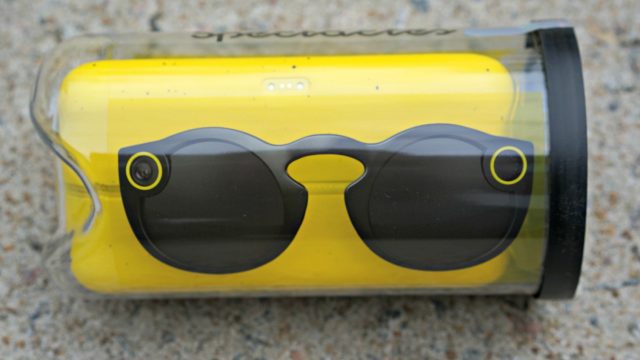 What’s in the tube?

Millennial Says: It’s limited and limited. What it offers is minimal, yet due to it being new it’s limited in who owns it. There is some coolness factor, just like the first and second iPhone. However, also like those, there is not too much as far as usefulness. Ultimately my only real gripe with these is that you have to manually import the video from the glasses to your phone, rather than it just automatically pushing it to Snapchat.

Teen Says: It’s novel because not many have it, yet. As for use, mostly this generation thought it would be cool to use Spectacles at an event (concert, music festival, sporting event) where you don’t have to take out your phone and waste your battery. Surprisingly the teens we asked were concerned about privacy. It’s one thing when you take out your phone and point at someone, it’s another when it’s glasses. While there is a light that indicates filming, people still aren’t used to Snap glasses and may not be on alert.

“I’d be freaked out if this random person walking down the street was taking a video of me – if someone is holding up their phone, it’s clear where they are filming versus the glasses. Also you can’t zoom in on things or spin the camera around to yourself.” – Girl, 14-years-old.

The teens said the Spectacles were easy to figure out and get started with their daily Snaps.

Much like the quality of the video, Spectacles design is also a shortcoming for the wearable. Unless you’re so cool you can wear your sunglasses at night (which no one should), Spectacles are mostly limited to both outdoor use and during the day time. Sure, there are prescription lenses that a third-party offers, but during these into glasses would also look a bit ridiculous. Actually, really ridiculous. Coming in with three colors, Spectacles feature a sleek plastic design in either black, teal, or coral.

Once you get past its limited use, the design itself is pretty neat. To indicate when you’re recording, a light appears in the non-camera side of the glasses. It looks a bit goofy at first, but at least this way nobody should be surprised that you’re recording. For the wearer, you’ll also see a small indicator light within the left side of the frames, letting you know when it starts and is about to wrap up recording.

As far as software goes, because the videos don’t just auto-add to Snapchat, you select which ones should get added to your story or to send to people. That means you can still edit the videos, add emojis and other filters, but you won’t be able to add the real-time lenses on them (the things that alter your voice and face). Because it also films in a circular video format, when you view the video on Snapchat it becomes augmented to the tilt of your phone. You can see more/less of the video as you turn your phone.

Millennial Says: Sorry bros, Spectacles are in fact sunglasses, and you will look ridiculous wearing these anywhere but outside and during the day time. The software portion of the wearable on the other hand is pretty neat, and is clearly very specifically created with Snapchat in mind. However, that also means you won’t be doing much cross-posting to it elsewhere, for now.

Teen Says: Teens weren’t too keen on the design of the glasses and didn’t see them as a replacement for regular sunglasses. One male teen, 16-years-old said “I don’t like the design at all, maybe it’s me, but I wouldn’t wear them regularly.” One female teen concurred about the design and added that because they aren’t sized she had the same concern about them falling off doing an activity. “I wouldn’t want to jump around in them because I’d be afraid they’d fall off and break,” she said.

Should you buy Snap’s Spectacles? Before we break it down, let’s look at the quick facts. The price for what it produces is a bit steep, especially since right now it has a very limited use. Spectacles’ quality of video is truly designed for Snapchat, and embraces moments, but you can re-add Snap images to your story later on if you choose. However, you can export video, it’s just not really worth it for the most part.

So, should you buy them? If you really love Snapchat, then yeah, go for it. What this mostly tells me is that Snap is really going after their rebranded moniker of a camera company, and are not afraid to take innovative ideas to market. Spectacles are fun and easy to use, with a solid battery life. You’re not going to get anything practical out of them, but sometimes you just need to #treatyoself.

Where to buy: Snap

TechCo Editor Tishin Donkersley contributed to this review, and acquired the teenager's points of view.