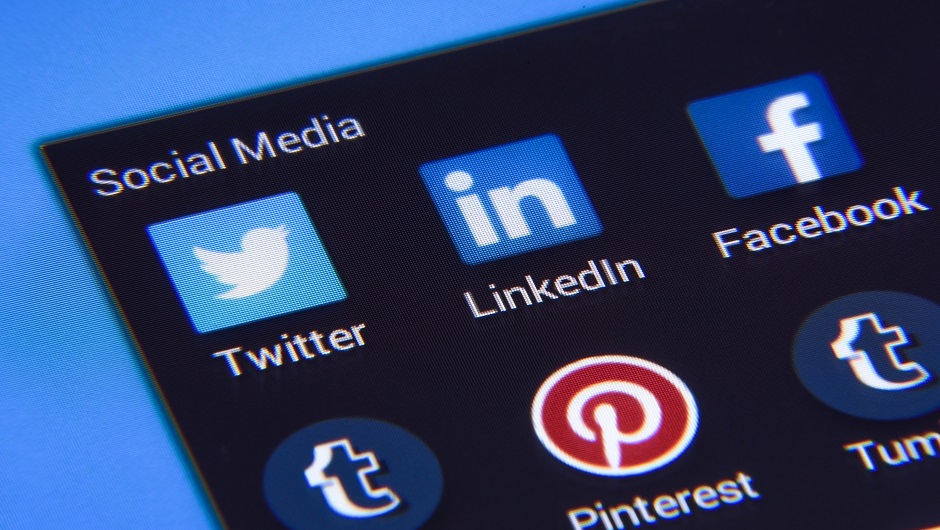 Social media has become more than connecting with people, and this year was filled with refinements, convergence, and a whole lot of live streaming. As more niche social media sites and apps start to fade (Google+, why are you still here?), the largest, most used networks have begun to converge into similar models.

We all know live streaming is the latest, hot new thing, but at what point are features simply taking what was unique from another network? The answer to this and many other questions are in need of answering.

Will Twitter’s bet on streaming sports work in their favor? Does anyone actually want live streaming that goes away on Instagram? Fortunately every few months, the social media gods give and take away dozens of new features, so let’s take a look at what the biggest ones were from this past year.

Also, rest in peace Vine, and let’s hope LinkedIn sticks around after Microsoft acquired them for $26.2 billion this year.

Gone are the days when there are were more [eggplant emoji] photos than pictures of every day life. Snapchat has become a giant for media and entertainment, attracting users from dying platforms like Vine to create a new following. From Spectacles to crazy filters, these are the top changes we've seen to Snapchat this year:

What was once Snapchat’s most notable feature, ephemeral photos and videos, is only part of the story. With the launch of Snapchat Memories, people can now save images and videos they take on the app, store them in a cloud folder, and view them later on. People can also import photos from their devices and put them in their stories as well

First filters, now stickers. More than just slapping on a random icon or image over a video/photo you took, Snapchat stickers have a bit of brain behind them. When taking a video, stickers can be inserted into them and track the position and motion of the camera. You can now also crop an image and create your own sticker. After their acquisition of Bitmoji earlier in the year, they also included these in their sticker lineup.

Once a rather rudimentary system and a bit of a pain in the butt to use, Chat 2.0 made it easier to save chats, add in images/video, and even have voice or video calling within it. You’ll still probably forgot what you said to someone earlier in the day though. Like other Snapchat features, it will also tell you when someone screenshots your chat messages.

Facebook has been making bold moves this year in social media, refining their approach to take over the world. From satellites and drones in the sky to Zuckerberg’s new Jarvis style AI in his home, they're following in the footsteps of Alphabet in diversifying what they offer. However, they did make a great deal of changes to their platform this year, namely a lot of flipping and flopping on what fake news is and how they will combat it. They also just released a live audio streaming functionality.

In an effort to battle fake news, Facebook made some additional changes to their newsfeed algorithm that is commonly called EdgeRank. The latest changes take into account how many people click through to something and then quickly return back to Facebook, the amount of times something is reported and how, and will potentially warn users of fake news. Earlier in the year they also did a similar thing for clickbait style headlines.

All we wanted was a dislike button, and instead Facebook gave us a few other ways to react to posts and updates without comments. At least we can properly express how we feel through a sad reaction instead of liking it when someone’s pet just passed away. Occasionally, Facebook will also change these reactions to festive things, and in the future may allow them to be sponsored.

Throwing their hat into the game, Facebook has become one of the biggest contenders for live streaming content from the general public. They’ve since gone on to partner with brands like DJI (drones) and Livestream to appeal to larger content creators like Buzzfeed and your local news station.

Watch out Craigslist, Facebook is coming for you. Ok, so it’s more like watch out LetGo and the other dozen or so apps that have popped up in the last year that focuses on selling/buying local stuff. Marketplace is a new place that allows you to sell and buy goods locally. It’s a bit less seedy than some of the other apps as you have Facebook profiles built in for verifications.

What was once curated has since been turned into an algorithm based panel that features semi-relevant things occurring in the moment. It sort of became a piece of crap once they got rid of the editors, but we'll see if they can improve the algorithm before this feature falls by the wayside.

Have you ever wondered what the panoramic feature on your phone is for? Well Facebook found a use for it as you can now upload them through the app and people can use their sensors to virtually track and shuttle across it. In a world filled with budding virtual reality, this is one of their cross-platform stabs at it as the company also acquired Oculus Rift. They’ve also begun partnering with platforms to enable 360 degree live streams as well.

Instagram is currently on the social media warpath to take as many of Snapchat’s features and cram it into their app, which in turn they hope to attract the large user base Snap commands. Though they are certainly not innovative, the platform has made quite a few changes from their simple beginnings as just a network for sharing and liking photos.

While this took way too long to implement, users can now directly reply to a comment on Instagram. You can also favorite/heart it as well. It's about time.

Smartphones generally have small screens, and Instagram made it difficult to get the full picture. In August, Instagram made it so that you can now zoom in on images, sort of. It doesn’t work well, but whatever.

Primarily for professionals, Instagram has rolled out a few new features that make it easier to manage multiple accounts. Now you can easily swap between accounts, but it’s still buggy. You might just find your messages have merged occasionally.

It has been a rough year for Twitter, losing many of their top executives and regularly getting denied offers for a buyout. However, they did throw down the social media gauntlet of getting a new type of content onto their platform, which so far has done well for them.

Sure, you can stream Periscope video through Twitter now, but the big change comes down to the actual programming you can watch on the network. Between the presidential debates and NFL games, Twitter made a huge bet on getting the rights to stream some of the most watched content that’s out there.

Gone are the days where each and every character plays a role in the 140 characters you get to tweet with. Images, videos, and links no longer count in the counter. Earlier in the year, there were also rumors about nixing the limit all together, but the network received a lot of negative flak for the idea.

Everyone loves gifs, and Twitter knew it. Now you can easily add in gifs to your tweets through desktop or the mobile apps.