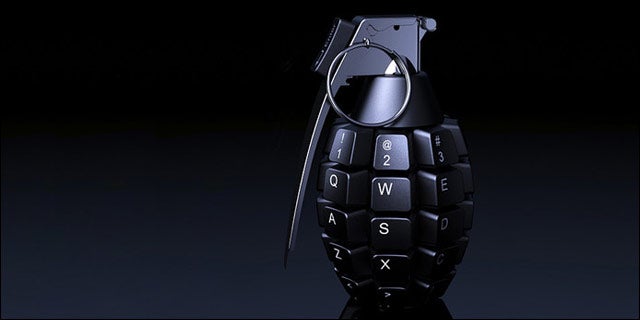 At this point we've all heard the big news announcement from Sony Pictures: they decided to officially pull the plug on Seth Rogen and James Franco's new comedy flick “The Interview“. It was supposed to hit theaters on December 25, but it's looking like it might not hit theaters at all, let alone our On-Demand services.

It sucks, plain and simple, but not because we're being deprived of a Rogen-Franco blockbuster. Rather, the recent hack has brought forth the important question of whether or not companies at any level are prepared for cyber-attacks.

Geoff Sanders is the CEO of LaunchKey and he's made it his life's mission to help humanity move beyond the need for passwords and develop better security measures. To that end LaunchKey was built specifically as an API and set of tools for decentralizing authentication and authorization to the mobile devices customers and users already own.

And Sanders is of the firm belief that the world could benefit from changing this fundamental architecture we all use with online authentication. He even spoke to this effect when the iCloud hack happened this past summer. Further, he believes this Sony Pictures hack represents a turning point in the cyber security world.

“Regarding the Sony Pictures hack, I believe this hack represents a significant turning point in cyber security and marks the beginning of the cyber terrorism era,” says Sanders. “Unfortunately for individuals, businesses, and organizations around the world, the precedent being set by movie theaters and Sony Pictures in response to this attack will merely serve to embolden hackers and malicious actors whom now know they can influence international business and commerce with the mere threat of a cyber-attack.”

Sanders might be on to something here. If we can get around passwords, we might be able to help avert future hacks and cyber-attacks like this one. But whose responsibility is it to help elevate the world to this next level?

“Due to decades of enterprises not taking cyber security seriously, we now have an environment where few organizations are prepared to defend themselves from even the most basic cyber-attacks,” says Sanders. “This is the point in history when CEOs around the world realize how vulnerable they and their companies are, and finally begin to see security as an investment and not an expenditure. Companies that don't heed this warning now and take actionable steps to secure themselves will suffer similar fates.”

What are your thoughts on the hack and the future of cyber security? Tell us below!