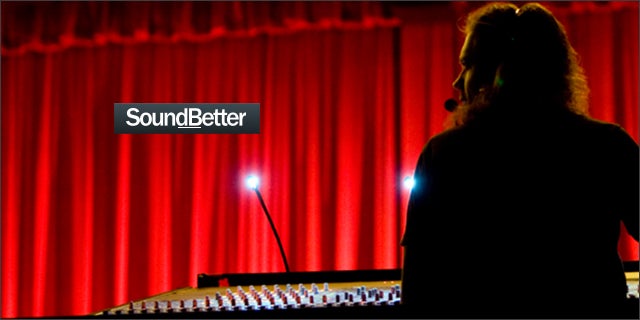 Nowadays, it seems like every other person you meet does work on a freelance basis. Whether it's design, writing, or some odd job concerning pineapples, the freelance market seems to be more robust than ever. SoundBetter is tapping into an under-recognized portion of this freelance economy, and providing a freelancer marketplace for music production talent.

SoundBetter offers a central, online hub, where engineers, producers, studios, and session players can offer their services to home recording musicians around the world. Through the site, musicians can find and hire local or remote work, based on several different criteria, including reviews, specialties, credits, location, and sound samples.

In July of this year, Jeff Wald wrote a guest post on Forbes titled “Forget The Jobs Report – Focus On the Freelance Economy”. His article questions the current standards through which the Bureau of Labor Statistics measures the health of the US labor force, citing an increase in independent or freelance workers from 10.3 million in 2005 to an estimated 42 million in 2012.

Wald is the co-founder of Work Market, a company that pairs freelance workers with companies looking to hire contracted work. While Wald provides a biased point of view, his argument is no less valid and has indeed been widely recognized. From The Guardian to Money, analyses of the freelance economy shows that – despite a slowly improving overall economy – a decline won't come anytime soon and has (arguably, due to technologies that make such work possible) become a new normal in the American economy.

“For the longest time, the [music production] industry was focused on studios – that's how music was made. But, in recent years, studios [have become a] shrinking market, and more of the work that traditionally was done at studios is going to freelance professionals,” says Shachar Gilad, founder of SoundBetter.

Gilad has certainly recognized this moving trend toward freelance and independent work – particularly within the music production industry – which is what led him to create SoundBetter. In the music industry, he has noticed a huge increase in independent artists recording their own music, due to the availability of affordable recording equipment.

This increase in home recording activity has led to a corresponding increase in demand of services that help these independent musicians produce “release-ready” products. SoundBetter provides these independent musicians with the first online marketplace to easily find and hire the services of freelance music producers, mixing and mastering engineers, and any other production services they may need.

“Technology is kind of in the right place to do this. Increased bandwidth and other [technological] advances allow people to work remotely and move [music / music production] files much more quickly.”

The freelance economy will continue to expand, and its spread to different industries is proof of this development. Sites like 99designs (for freelance designers) and SoundBetter were created to respond to these changing trends, needs, and capabilities of our society.