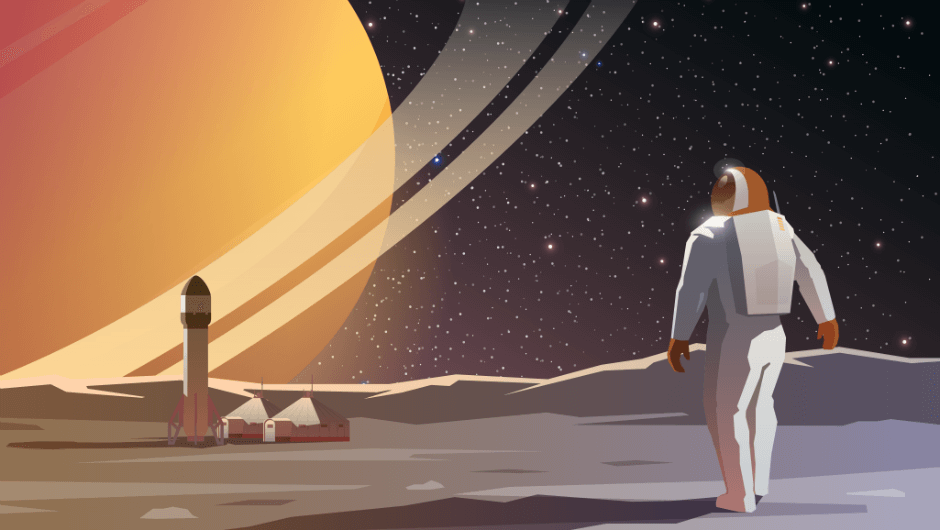 Space may be the final frontier, but it seems closer than ever. There’s always news of some rocket being launched by a private company somewhere in the world, from Elon Musk’s SpaceX to Japan’s Interstellar Technologies or the Romanian-owned ARCA.

This new wave of private-sector companies transporting people and things into space, often for government-owned agencies such as NASA, has been characterized as ‘NewSpace’. It promises to offer faster, cheaper and more efficient access to space than government-run counterparts. Some have even suggested that this is leading to a democratization of space.

But this is far from true. Like any earthbound asset or luxury, space is becoming a for-profit adventure controlled by the world’s new raft of tech billionaires. And what’s more, the US government is determined to protect its assets at the cost of the taxpayer.

Earlier this week it was announced that Yusaka Maezawa was set to become the first lunar tourist, taking a five-day excursion aboard a SpaceX rocket. He’ll graciously be taking eight “artists & cultural figures” with him on the trip – patronage that would make even the Medicis blush.

Yusaku will be bringing 8 (brave) artists & cultural figures with him on the journey around the moon! https://t.co/PCU23HYTa9

We’ve had no word on the price of the trip, although one suspects it might be free. Maezawa and Musk are seemingly kindred spirits. Both are showy entrepreneurs who often fly in the face of traditional business standards and are big into online culture – Maezawa’s Twitter handle is @YouSuck2020, while Musk’s own Twitter proclivities are well-documented enough, for example he also only follows 69 people on Twitter.

The trip is already a great PR splash for both men, long before the scheduled take-off. In fact, here’s some Google Trends data showing the increase in interest for the Japanese billionaire.

While the trip isn’t scheduled to happen until 2023, it begs the question: When will the rest of us get to go?

Almost likely: never. For all the talk of space tourism and creating colonies on Mars, space will be the preserve of the rich.

For a closer-to-home example, think back to supersonic flight. This was set to shrink the world immeasurably. But only one supersonic passenger plane, Concorde, ever made it into service. And, for all its incredible engineering, it was remained the preserve of the rich, before it was taken out of service.

Of course, for the world’s megarich and mega-famous, exclusivity is a commodity prized above all else. And where could be more exclusive than a freezing rust red planet, 140 million miles away?

The NewSpace movement is supposed to bring cheaper, more efficient and decentralized access to space. However, that promised speed hasn’t translated into rapid progress.

NASA was founded in 1958 after the Soviets had launched Sputnik. Eleven years later, it had put men on the moon. SpaceX, by contrast, will have waited some 21 years since its founding to get someone into the Moon’s orbit. 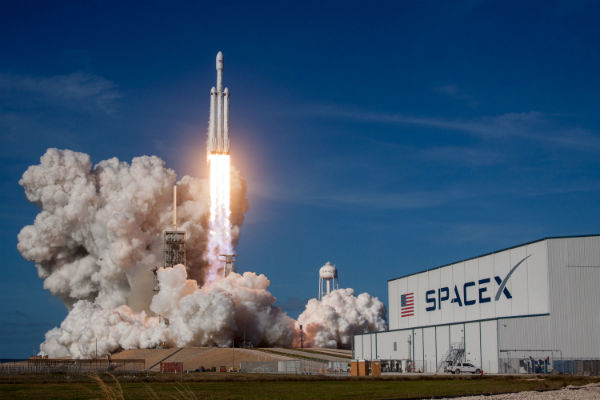 Of course, the ambitions of the two were different, SpaceX is trying to make space commercially viable, something Musk hasn’t managed back on earth with Tesla. It has achieved a litany of space travel feats, including being the first private company to send a spacecraft to the International Space Station.

However, one wonders whether the work of NewSpace companies will have the same benefit for the wider population that the work of NASA and the European Space Agency has, for example.

When the Space Force policy was announced, it was met with confusion, bemusement and even derision. Why would the US need to create an entirely new branch of the armed forces to protect space? Who is it being protected from? And is it all a consequence of Trump’s ego?

However, the Space Force is a cynical move to try to catch other countries on-the-hop in the race for space supremacy. By creating a space force, the US government is showing that it will protect assets held by US nationals and US companies – no country has tied its colors to the mast like this before.

So, why would this be in the interests of the US and, particularly, Republicans? One reason is for control of natural resources. Asteroids and planets could prove full-to-bursting with minerals that could be put to use here on Earth and, at the moment, no one owns them. Creating a space force would help the US establish control of the space mining industry. There’s legal precedent for this, as well:

Another reason is that the people interested in investing in space, and would, therefore be receptive to having their assets protected at taxpayer expense, tend to be younger tech-based entrepreneurs – exactly the sort of people the Republicans could do with getting on board. After all, their voter base is heavily skewed towards older voters in the American interior. In fact, in the 2016 primaries, only 8.3% of GOP voters were 18-29, compared to 15.2% of Dems.

It's a stretch, but a commitment to extraterrestrial entrepreneurship is more likely to appeal to younger voters than, say, a promise to restart coal plants.

Finally, space is a frontier of tech development and exploration which the US can't be seen as falling behind on, especially at a time when rival nations are looking stronger than ever back on earth. China and Russia are resurgent, one with a potential stranglehold on the US imports and another, with an influencing hand on the US political framework. Both nations, of course, also have active space programs.

As a result, the US needs to be seen as keeping up. And a big, new and shiny space force is the perfect paper tiger to assuage the fears of hawks in Washington.

That’s not to say everyone would find the use of taxpayers’ money on vague scientific goals palatable. For those on the right, it seems like an unnecessary expense and government wastage. For those on the left, it might seem amiss to be cutting welfare and pushing back on initiatives like the Affordable Care Act when some $19bn is being spent on putting rockets in space.

An Open Space For All?

It's hard to argue that space is being democratized when it remains – perhaps inevitably – a frontier for the super rich, or for governments with billions to invest.

Programs designed to benefit everyone with pacifistic scientific discoveries as their mission are having their funding cut and impetus removed. These are being replaced with companies controlled by some of the richest people in the world whose mission is develop new mining and tech businesses.

And, for all their talk of Martian colonisation, there’s no proof that this would be for “us” as well as “them”.