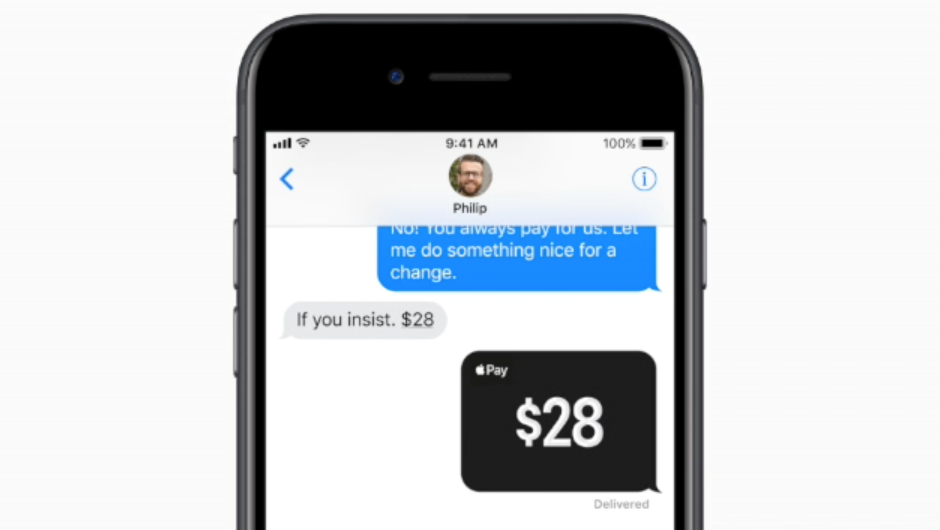 We've all been there, you're out to dinner with friends and it's time to settle your bill. Everyone throws in their credit card making it a nightmare for the server to keep the various tabs straight, and adding ten minutes to your departure time.

Today at WWDC 2017, Apple announced a new iOS 11 feature that will help relieve this problem by enabling iOS users to send money with Apple Pay in Messages. This simple feature could easily disrupt and potentially crush the life of any startup looking to get into the bill splitting app space. The only catch from Apple Pay's world domination with this new feature, and it's kind of big one, is that it only works with iOS users. So for now, if you or your friends are using an Android or some other phone, you won't be able to send them money this way as it doesn't offer cross platform support.

Read about the new iOS 11 updates at Tech.Co

Apple had this to say today in a release:

“Apple Pay users will be able to make and receive payments with friends and family quickly, easily and securely. They can send money and get paid right in Messages, or tell Siri to pay someone, using the credit and debit cards they already have in Wallet. When users get paid, they receive the money in their new Apple Pay Cash account. They can use the money instantly to send to someone, make purchases using Apple Pay in stores, apps and on the web, or transfer it from Apple Pay Cash to their bank account.”

While it may be safe to say that Venmo, Splitwise, Billr, and other cross platform apps still have an edge since they will be able to send money to non-iOS devices, this update will probably start to pluck off some of their users. Why? Because people are generally looking for the path of least resistance, so why would you want to open and configure another app when you can send money right via Apple Pay in Messages on your iPhone or iPad.

Watch the video released by Apple (below) and see just how easy it will be to send money to friends on the new iOS 11 platform.

Read about Fintech Startups at Tech.Co