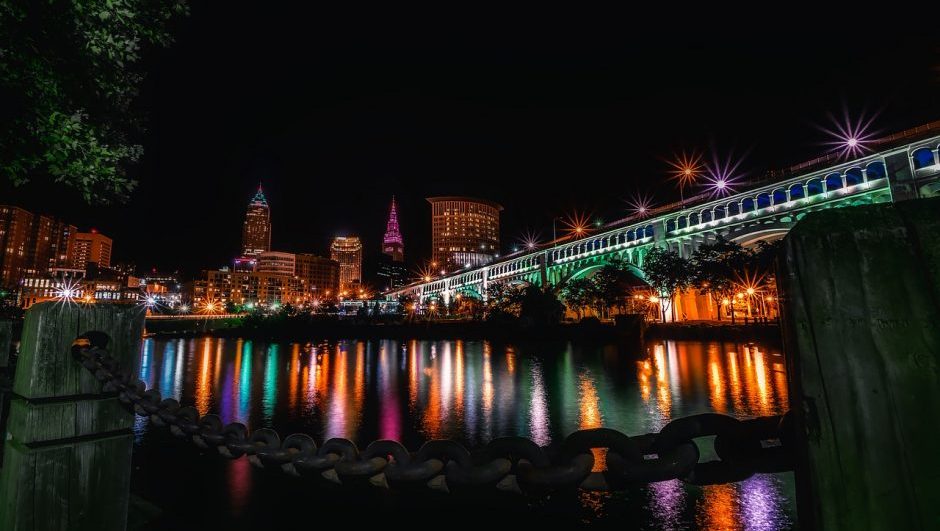 What was once the 5th largest city in the country is now a midsize city with a small town feel. The people of Cleveland, Ohio take great pride in building their city and supporting the businesses in their hometown. What you might not see beyond Lake Erie, their basketball team and football in the snow, is their emerging tech scene happening downtown that's attracting investors and younger people. In this #StartupsEverywhere, series, we talked with Aaron Slodov, Jennifer Stapleton, and Steve McHale, leaders in the Cleveland startup ecosystem about why there's more of a draw to downtown.

Aaron: I am Cleveland native, but have also spent time living in San Francisco, New York, India, London, and Paris. Currently, I am the cofounder and CIO of Remesh, which is an AI platform that understands and engages groups of people in conversation in real time. Before starting the company, I held engineering roles at Google and Meetup. I've also been dabbling in the development of our local startup ecosystem, and hope to bring willing folks together to improve it. Jennifer: I am a corporate attorney who has spent that past 13 years working with entrepreneurs, venture firms, private equity firms, and high-growth, privately held companies to make acquisitions, grow their businesses and complete successful exits. I am also one of the cofounders and the organizer of TechniCLE Speaking, a civic advocacy event created in response to recurring concerns about the long-term growth and sustainability of Cleveland’s technology and entrepreneurship sectors, and their impact on the region’s future economic development. The event fosters dialogue between our ecosystem's key stakeholders interested in facilitating the success of tech entrepreneurship in Northeast Ohio.

Steve: I am the CEO, chairman and cofounder, Explorys, an IBM Watson Health company that uses data and analytics solutions to support life sciences industry research and commercial strategies by helping translate data into meaningful insights. I am also an experienced entrepreneur who has founded two other companies.

What’s the most exciting thing that has happened in Cleveland in the past year?

Jennifer: There has been a significant rise in the number of millennials living and working in downtown Cleveland recently. This has resulted in the dramatic transformation of our downtown corridor in terms of what it has to offer in terms of new, forward-looking real estate development, as well as a host of young professional groups offering new activities and programming.

Aaron: I agree. There are a number of younger people moving back to Cleveland who had previously moved away, and a large contingent of people who are new to the region. Areas near downtown have developed rapidly to keep up with the demand to be closer to the city.

What are the biggest challenges facing Cleveland?

Steve: Hiring great, local talent. We are often forced to hire from outside the Cleveland area as we have many highly skilled technology jobs that need to be filled, but we would like to have a more robust pipeline from our local schools and other nearby companies to fill our open jobs.

Aaron: We have a small community, but also not a great deal of collaboration or trust in others. This has led to a fractured ecosystem where new entrepreneurs find it difficult to know where to turn to for support. Funding for early-stage companies also suffers as a result of this. Jennifer: Statewide funding of key participants in our ecosystem for early-stage and growth stage investment, as well as the increasing attraction of talent from outside the region to top tier assets, such as our healthcare institutions and international corporations.  We have also seen a few highly dedicated individuals continue to push for change and progress, resulting in a great increase in the number and success of new events and organizations supporting our local entrepreneurs, including Venture Fellows of America, Flashstarts,TechPint, INDUSTRY, and Digital C, and the launch of an exciting new initiative – Cleveland 200 – a once in a generation funding pool that was just made available to the Northeast Ohio to fund approximately 200 early-stage companies over the next three years with average investments of $500,000.

Aaron: I agree and state funding is the first to come to mind. However, the system is far from perfect and the money could be providing much more support than it has or currently is. Another driver of success in Cleveland are the individuals who really go the extra mile to connect entrepreneurs to the resources they need.

What are the most unique features of your startup community?

Steve: We are scrappers here in the Midwest. Entrepreneurs in Cleveland have a great deal of ingenuity. When Explorys went to raise more capital, we found that we had a great story to tell about how much more difficult it is to run a startup in the Midwest given the conservative nature of our investment community and how that meant that our company was much healthier, stronger and well vetted that many of the companies our investors were looking at on the coasts.

Jennifer: Loyalty to the region runs high in Cleveland. We see more founders either returning to the area or fighting to stay rather than migrating to the coasts. We also produce higher quality startups than other regions. Although Northeast Ohio does not generate the volume of startups seen in other places, the extra lengths that founders have to go through to obtain the resources and support for their businesses and employees, means that successful companies are much stronger here. Finally, our companies benefit from the ability to extend their runways much further here than in other areas given the lower cost of just about everything. Founder and investor dollars go much further here in Cleveland. We also have much closer proximity to a large corporate customer base than other areas of the country, which helps generate revenue for companies early on.

Aaron: There is a great deal of pride to the city, everyone wants Cleveland to win and succeed. We have a top-tier engineering school and many other feeder universities. One of Cleveland's most unique assets is our world-class health system, which includes the Cleveland Clinic. We have a few up and coming tech companies that are out of ‘startup mode', and growing at a surprising pace (Covermymeds just completed a successful 10 figure exit!). We also have a good number of multinational corporations, but lack their consistent support or participation at a meaningful level.

Are there some startups to watch coming out of Cleveland?

All three in agreement:

Read more about emerging startups in Cleveland at TechCo

Find more startups around the country at TechCo