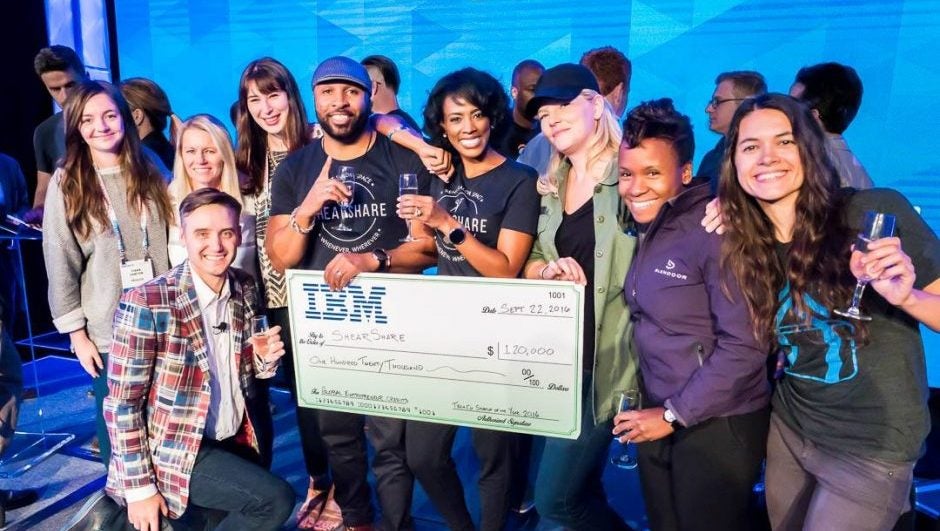 Every year, Tech.Co holds the Startup of the Year competition, a pitch contest that pits a huge number of startups against each other in pursuit of capital, business resources, and bragging rights in the startup community. The competition takes place at our annual conference, Innovate Celebrate, in Boston in October. And to say that startups leave happy would be more than an understatement.

We reached out to a number of former Startup of the Year contestants in hopes of spurring a discussion about the value of the competition. We were so overwhelmed by the support and praise from these startup founders and entrepreneurs that we felt it necessary to share their insights with our readers. If you're thinking about applying, now is the time to do it!

The Startup of the Year competition isn't about rewarding the companies you've seen a thousand times in pitch competitions. Tech.Co is committed to inclusivity across all facets of startup life, and our contestants feel that commitment at our events.

“The organizing team and staff were accommodating for Grok and the other companies, making sure everyone had their needs met during the event,” said Tarun Gangwani, Head of Product at Grok. “Our team was given many chances to network with experienced entrepreneurs and executives across multiple industries. Tech.Co ensured the event would be worth while, even if we didn’t end up going on to win the competition itself.”

This competition isn't meant to be an intimidating experience. The Startup of the Year competition is designed to make entrepreneurs, founders, and innovators feel welcomed by a community of peers that are all trying to do the same thing: make the world a better place.

“The Tech.Co staff made us feel extremely welcomed,” said Courtney Caldwell, cofounder of ShearShare. They cared less about a team's technical expertise or background and were much more focused on whether or not a company's mission and model introduces new and innovative ideas that are outside of the standard prescription and ShearShare certainly fit that bill.”

The goal of any startup competition should be to inspire the attendees, support the startups, and facilitate networking in as many ways as possible. Fortunately, given the size of our event, we think we accomplish that in spades.

“There is a ton of work that goes into putting these events on and the team at Tech.Co always makes it seem like its easy going for all involved,” said James Ross, Cofounder of Hedgechatter. “They keep the group size to a manageable level, which is important because it only takes attending one of those super massive 1000+ exhibitor events to feel like your startup is just another speck of sand on the beach. The Startup of the Year competition on the other hand was sized right which allowed startups, entrepreneurs, investors, and attendees to really learn about products/services and have quality meetings with potential investors and customers.”

Of course, the goal of a competition is to win. However, winning isn't the only thing, as Tech.Co provides a wide range of benefits for contestants, from networking opportunities and business resources to exposure and media attention.

“The opportunity to network with founders from Silicon Valley is really unparalleled,” said Garrett Moon, CEO and cofounder of CoSchedule. “There was tons of energy and excitement during the entire event and working with other founders spurred a wealth of ideation and momentum beyond.”

In addition to all the benefits of the event, taking part in the Startup of the Year competition provides unique opportunities outside of Tech.Co, which can lead to success in a number of different ways.

“The accolades and recognition were wonderful and very uplifting to the team, but the very best thing was the booth we received at CES in January,” said Paul Droege, founder and CEO of SunPort. “The fact it was free was nice but it had an amazing, high-traffic location which was awesome. We leveraged the location into great visibility, made some great connections and learned a great deal by interacting with people during CES, all of which came from our Tech.Co win.”

Winning any startup competition is going to do wonders for your progress. Just ask Stephanie Lampkin, the founder and CEO of Blendoor, whose company won the competition in 2015.

“Winning startup of the year provided a lot of validation that what we’re building is valuable which helped us get into a top 5 accelerator,” said Stephanie Lampkin, founder and CEO of Blendoor. “It also connected us with big tech companies who are now on our beta.”

On the other hand, winning the Startup of the Year competition is not the only way to enjoy success. For example, 2015 finalist TurboAppeal was just acquired by Paradigm Tax Group in a move that can only be deemed successful.

“It helped give us confidence in the validation behind our product as well as understand the reaction from the VC community as well as potential customers,” said Badal Shah, CEO of TurboAppeal. “We are grateful for the opportunity with Tech.Co.”

If you think you have what it takes to be the Startup of the Year, you need to apply today. Remember, the 100 startups that are chosen will be invited to join us in Boston, MA from Oct 15-17 for Innovate Celebrate, and will be on their way to startup success in no time!