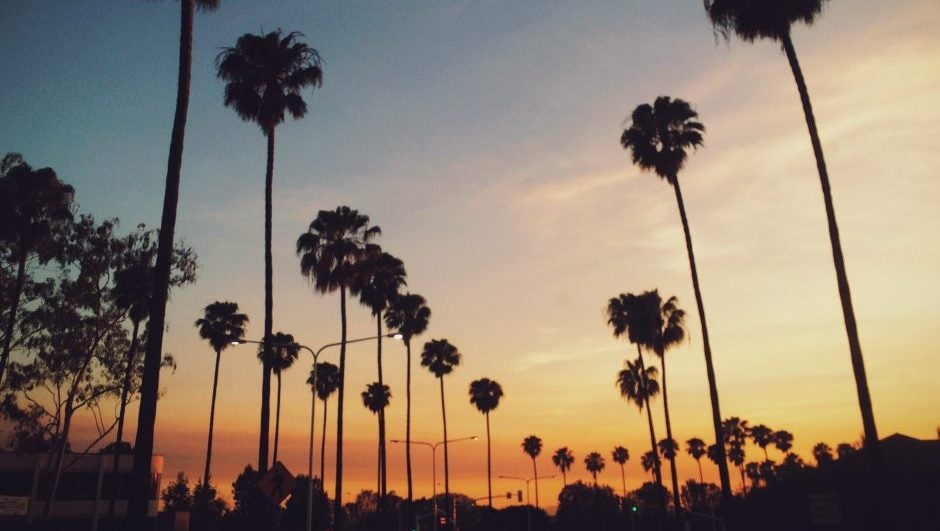 Coachella Valley is referred to as the “Desert Empire” to differentiate it from the neighboring urbanized Inland Empire and the Imperial Valley. The Valley also houses desert resort cities of Palm Springs and Palm Desert and is the location for the infamous Coachella Music Festival. What you may not know that in the middle of these buzzing cities lies a hub for renewable energy innovation.

In this article #StartupsEverywhere, I talked with Joe Wallace, CEO and Chief Innovation Officer of the Coachella Valley Economic Partnership, and Hank McCarrick, CEO and founder of Seco Sys about sustainability, emerging eco tech, and challenges in the ecosystem. 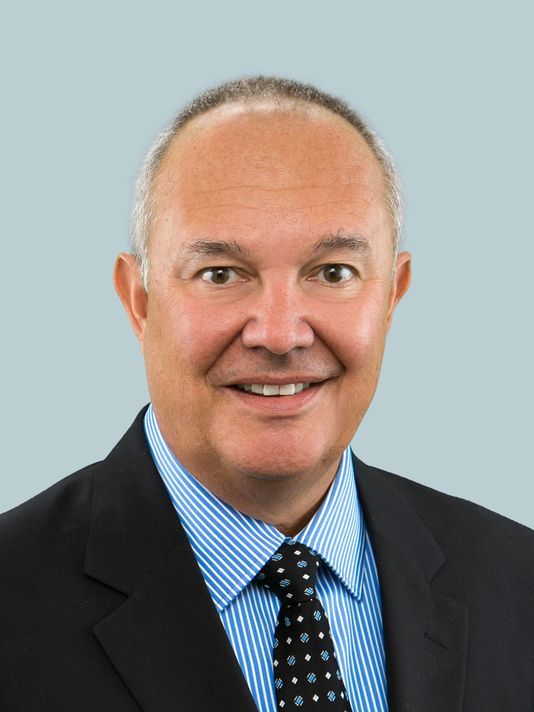 What’s your role in the Coachella Valley area startup ecosystem?

Joe: I came to the Coachella Valley in January of 2012 to serve as the Founder and Managing Director of the Palm Springs iHub. The iHub is a California state initiative that selected six locations in the state to serve as specific technology development hubs. At the time of founding, our iHub’s main focus was renewable energy because of the abundant sunshine in greater Palm Springs, the reliable wind in the San Gorgonio Pass, and the geothermal resources at the Salton Sea. Now, in addition to my role the Palm Springs iHub, I also serve as the CEO and Chief Innovation Officer of the Coachella Valley Economic Partnership.

Hank: I am the CEO and founder of Seco Sys, which is a platform that allows water agencies, customers, and water related services to concurrently engage in water conservation at all water use endpoints. Can you tell us more about your company.

Hank: Seco Sys has developed a range of web services that are dedicated to managing all types of water. Our “everything water” web service, called the HydraCommunity, is designed to allow collaboration between water agencies, water customers, water use equipment, and other water related services. Our platform can be used worldwide. Our reach includes mining operations in Australia, rest stops in California, and hotels in Washington DC. Wherever water is consumed we can ensure that it is used efficiently through our technology.

Joe: In addition to the technology based entrepreneurship that is incubated in the iHub, CVEP operates a business services division that assists all types of local businesses with planning, financing, and growth. Our business services group also provides seminars in financial literacy, business planning, dressing for success, surviving the summer business cycles, and other relevant subjects of interest to the business community. We also produce the annual economic summit for the Coachella Valley.

What’s the most exciting thing that has happened for the Coachella Valley in the past year?

Joe: The most disruptive and exciting thing that has happened during the past year is the passage of a ballot resolution to legalize recreational use of marijuana. This is seen by many as the goose that will be laying golden eggs, but also by others as the ushering in of an undesirable era. The reality is that the Coachella Valley is already an agricultural region and marijuana is simply another crop that can now be grown for a profit. What is most exciting is the number of business opportunities that the cannabis industry creates a demand for like water control, commercial real estate, fertilizer development and distribution, wavelength specific LED lighting, and packaging. This may become a catalyst for the development of more advanced medicinal uses of cannabis and the Coachella Valley can be at the forefront.

Hank: For me, I think the most exciting thing is that we were awarded a grant for the installation of our technology at the Mission Springs Water District. The project will deliver the first of its kind, smart water grid where equipment and water related services can work in collaboration to ensure the highest level of water use efficiency at all use points.

What makes the Coachella Valley an ideal place to start a company?

Hank: The Coachella Valley has been the ideal location to start our business because it has five separate water agencies serving a population of over 300,000. Additionally, the Valley is a collection of desert communities so water conservation is extremely important. Our water management technologies have developed at an accelerated pace due to the local need and the support we have received within an arm’s reach of our offices.

Joe: The Coachella Valley is the only place where a person can enjoy the California coastal lifestyle without the cost and hassles associated with coastal living. Our real estate is affordable, our commutes are predictable, and we have sunshine 360 days per year.

What industries have historically thrived in the Coachella Valley?

Hank: Historically, food, hospitality, and health-related industries have found success in the Coachella Valley. More recently though, the startup ecosystem here has been working to broaden industrial variety to include “clean tech” companies like ourselves.

Joe: The legacy commercial industries in the Coachella Valley are hospitality, agriculture, and healthcare. The hospitality industry developed here in the 1950’s with the Hollywood crowds, like the Rat Pack, coming to the desert to escape the grueling hours of making movies to relax and enjoy some freedom.  Recently, the valley has grown the tourism industry with giant festivals such as the Coachella Music Festival and the BNP Paribas Tennis Tournament. Festivals bring roughly a million visitors per year to the desert and have an economic impact that exceeds a billion dollars. Palm Springs, in particular, has begun to show up on international “top ten lists” of vacation destinations. All of this attention has helped raise the profile of the region as a lifestyle destination, which has led entrepreneurs to see the valley in a positive light.

What is the biggest challenge you face in the Coachella Valley?

Joe: We have identified three specific areas that are in need of improvement. The first, is access to state-of-the-art bandwidth. Many startups need bandwidth to conduct business and with today’s limitations we will not be able to compete for opportunities that need advanced data transfer. Our second challenge is that our four year university (CSU San Bernardino at Palm Desert) does not yet offer STEM-based degrees. They do offer nursing and are about to start a hospitality program. These degrees do improve students’ prospects for employment at a good wage, but it is degrees like engineering, computer science, finance, business, and the other sciences that wealth creation comes from. STEM degrees are also needed to feed the talent needs of technology companies.  Finally, we do not have a venture capital firm. Most of the equity investments in iHub companies are coming from outside the region. That leaves us at risk for losing these companies when follow-on rounds of financing are needed.

Hank: Our biggest challenge at Seco Sys will be finding local engineering talent as we continue to grow. As Joe said, unfortunately the Coachella Valley Colleges do not have engineering curriculums. What makes the Coachella Valley community unique from other ecosystems?

Hank: The Valley is comprised of small cities that include Palm Desert, Palm Springs, Rancho Mirage, and many more. The Valley is diverse in culture, hosts an international airport, and contains a population that fluctuates by over 30 percent seasonally.

Joe: That’s exactly right. The Coachella Valley is made up of nine independent cities. Each of these cities have dramatically different demographics and histories. For nearly half a century there was physical separation between the nine cities, but today one can drive from the westernmost point in Palm Springs to the easternmost point in Coachella without any separation. CVEP is a regional economic development agency and regional success depends on working together.  Some of the leaders understand this and others don’t. To achieve goals like bringing in bandwidth and pushing for a full service research university will require that a critical mass of the valley commits to set colloquialism aside and work for the greater good over a long period of time.

Are there specific public policies that have enabled startup growth in the Coachella Valley?

Hank: The support of the Coachella Valley Economic Program (CVEP) has certainly been critical for our start. Also, as a member of the CVEP iHub we have much greater exposure to town governments, water agencies, and the general population.

Joe: The California iHub initiative originated in Palm Springs, but came about at the state level. Despite these efforts by the state government to spur innovation, California has a more stifling regulatory landscape than most other states. These regulations, whether for environmental or aesthetic purposes, are often seen as blunting industrial activities. This means that the cost to start, maintain, and scale a corporation is roughly 1,000 percent higher here than they are in nearly every Midwestern state.

What are some startups coming out of Coachella Valley to watch?

Joe: Since opening the Palm Springs iHub we have attracted 57 start-up companies.  In venture capital, the expectation is that about 2 percent of companies become home runs, and we are certainly on that track. Hank’s company SecoSys has a patented solution to a water meter that is sensitive enough to detect leaks in homes, recreational areas, or public facilities. His company is especially important because the California water crisis is not over. SecoSys is poised to lead the way in eliminating water waste, which is incidentally one of the largest problems that created the water crisis in the first place. Another company with the potential to become a “unicorn” is Heppolt, a vertical axis wind turbine (VAWT) company that has been tested favorably by Los Alamos National Labs. Heppolt’s patented ground level design provides a higher output per dollar than traditional windmills while offering the convenience of ground level service and repair.

Read about more ecosystems around the country on TechCo

Monica joined the Engine team as the Program Manager for Government Affairs in October 2016. In her role, Monica leads outreach to policymakers in Washington DC and helps to engage and build Engine’s network of startups around the country. Before coming to Engine, Monica was a policy analyst at the Alliance for Health Reform, a health policy non-profit started by Senator Rockefeller (D-WV), and a fundraiser at the Democratic Senatorial Campaign Committee (DSCC). As an strong advocate for women in leadership, Monica has been a member of the Women’s Congressional Staff Association (WCSA), Women’s Information Network (WIN), and an at-large board member of the Startup Champions Network. Monica is originally from southern California and graduated from UC Berkeley with undergraduate degrees in political science and public policy.