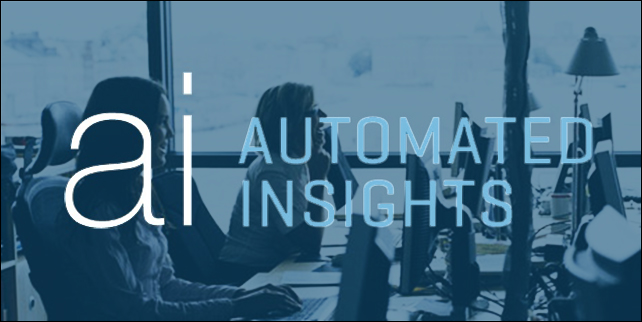 Automated Insights, a platform that translates Big Data content into plain English, announced yesterday that it had raised a $5.5 million Series B round of financing, as well as landed a deal with The Associated Press. This round of funding was led by Osage Venture Partners.

Other participants in this round include Samsung Venture Investment Corporation, Court Square Ventures, OCA Ventures, IDEA Fund Partners, Steve Case, and other existing investors. With this recent funding, Automated Insights has raised a total of $10.8 million, including a $100,000 investment that the company received from Steve Case at the Google for Entrepreneurs Demo Day this past April. This funding will allow the Durham, NC-based company to further expand its sales and marketing team, as well as expand into new markets.

At the same time of the Series B announcement, The Associated Press announced a deal with Automated Insights. According to the blog post written by the AP's director of media relations, Paul Colford, the deal will involve Automated Insights providing up to 4,400 quarterly earnings reports for publicly traded companies to the AP (a much higher number than the current 300 reports produced manually by AP reporters each quarter). Because Automated Insights will do the tedious task of translating earnings figures into layman's terms, journalists at the AP can dedicate more of their time on reporting and writing stories.

As part of this round of financing, Automated Insights has brought on David Drahms of Osage Venture Partners and Scott Frederick, the company's COO, to its board of directors.