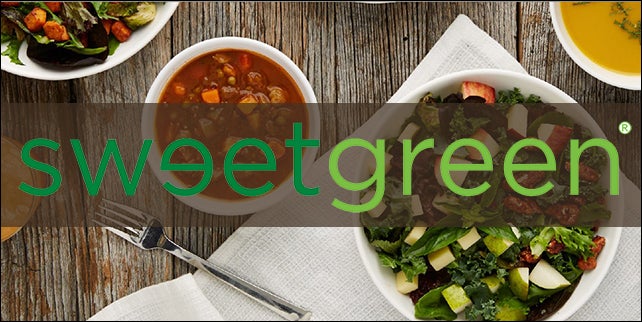 Sweetgreen, the rapidly growing salad chain that places high value on sourcing from local farms, announced today that it has raised $18.5 million in a Series E round led by Revolution Growth, the fund created by AOL cofounder Steve Case and former AOL executives Ted Leonsis and Donn Davis. With this new investment, the salad company has raised a total of $57.5 million in outside funding.

This is an additional investment in Sweetgreen by Revolution Growth – in December of 2013, the venture fund made a $22 million investment in the Washington, D.C.-based company (with Case joining its board at the same time). Other investors in this round include Behance cofounder Scott Belsky, Stonyfield Farm founder Gary Hirshberg, restaurateur Daniel Bouloud, and Shake Shack founder Danny Meyer. According to

“Sweetgreen is quickly emerging as the place of choice for people looking for fresh, seasonal, and locally sourced food and in the process is building a lifestyle brand with meaning and purpose,” said Case in a statement. “We look forward to continuing this journey as Sweetgreen continues to expand on the East Coast, and prepares to open in California next year.”

According to Sweetgreen, this new funding will enable them to increase their expansion, particularly in its move to establish a presence on the West Coast. The company currently operates 27 stores on the East Coast and plans to open two more locations in New York City by the end of the year prior to opening two locations in Los Angeles next year.

Earlier this year, Sweetgreen cofounder and CEO Jonathan Neman joined us at a Tech Cocktail DC Sessions event where he talked about the importance of investing in people and creating a company culture, as well the origins of Sweetgreen's Sweetlife Festival.