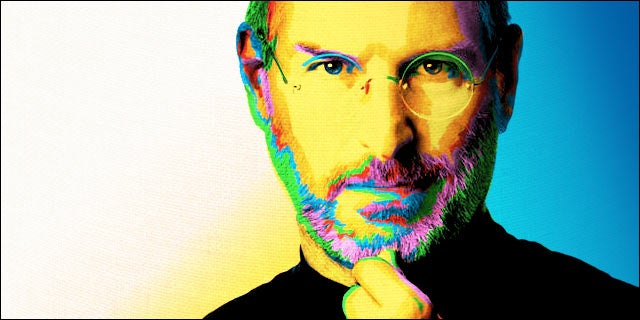 While Steve Jobs’ life was cut tragically short only three years ago, people will be celebrating his legacy and accomplishments for generations to come. He was easily one of the most inspiring people of our time, which is why October 16 will be heralded as National Steve Jobs Day; it’s a day to reflect on his life and how he in turn affected all of our lives.

He reached people on all levels of the spectrum, from corporate CEOs to children dreaming of a technological-wonderland future. And while he left countless legacies behind, you could say that his greatest and chief among them was the iteration of the original iPhone, the first smartphone the world readily accepted.

When Jobs and Apple released the iPhone, people began to see things differently. This was a disruptive piece of technology to its core, and it was proof positive that nothing is too big to change if you focus on the right things.

If you go to Google right now and search “Steve Jobs” AND “Entrepreneurs” you’ll see countless posts about how Jobs inspired a generation of entrepreneurs to innovate, iterate, and disrupt in their own niche. There was something incredibly magnetizing about his personality that related to the entrepreneurial spirit inside all of us.

There’s a definite reason that so many people hang posters of Jobs on their walls, or garnish their laptops with his quotes. I wanted to explore what it was that entrepreneurs resonated with in both Jobs’ personality and with the release of one of the most disruptive pieces of technology to date.

Nick Haase, CEO and co-founder of the startup company Loot!, saw Jobs as the ultimate entrepreneur’s entrepreneur. Not only did Jobs have the ability to execute his vision, but he also could articulate precisely what it meant to break through the noise and negativity to realize your goals: it’s what helped Haase overcome his personal uncertainties on his own startup journey.

“He made us feel like we were following along with his journey,” says Michael Riley, co-founder of Boxter.

The notion of a parallel journey was something Riley came to appreciate even more when the iPhone was released because Jobs took an entirely new approach to the technology. Instead of focusing on the features and specs, Jobs rather concentrated on delivering an iconic user experience that felt amazing to use.

“The iPhone demonstrated how you flip an industry on its side by focusing on design and user experience,” says Riley. “He's inspired us to focus on creating amazing experiences.”

No doubt, Jobs was relentless when it came to the customer experience on his platform, and his approach to design and technology was something the public hadn’t seen many places before.

“When we started designing and developing our app, things really took off when we stopped look at what the technology could do and drilled won into what it should do,” says John Adolph, founder of Parqer.

But he didn’t just innovate when it came to the technological side either, he was a true Jack-of-all-trades. Remember the early marketing campaigns for Apple?

“There's an app for that was more than a marketing slogan. It was a call to arms. If you need it we have it and if we don't then make it,” says David Byard, founder of Fictionaries LLC.

A man who always gave his best, Jobs inspired the best in others as well. Even if he was misconstrued as being too harsh, all Jobs was pressing for was that 110 percent effort from every, single person around him.

“The simplistic yet slightly complicated way that he thought about things, which ultimately translated to how he ran Apple, was fascinating,” says Selena Narayanasamy, President at Orthris. “Steve didn't appear to feel bad about cutting out fluff in meetings or extraneous people who didn't belong just to avoid stepping on toes. He had a policy that basically echoed this: if you don't have anything to contribute, you don't belong in the meeting.”

One entrepreneur in particular, Wendell Brown – founder of VUSAY, actually had the chance to work alongside Jobs in the 1980s and see this leadership first hand.

“His focus and his dedication to his beliefs inspired me as an entrepreneur.  He was so focused on what was important to him that it was hard not to get drawn into his mission. The conversations we had back then still resonate with me now and remind me to not give up on my vision,” says Brown. 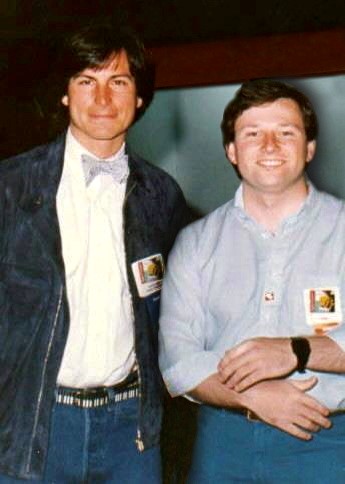 Steve Jobs with Wendell Brown at the launch of Brown’s Hippo-C software for Macintosh in 1984. (Photo Copyright 2014 by Carol Rukomii Holladay)

When we examine the legacy that Jobs left the world, it goes so far beyond simply giving us the iPhone, the iPod, or a dominant company. Steve Jobs left behind a portrait of what it takes to be successful when the world tells you that you’re not going to succeed.

As you may be aware, I’m not an avid Apple user. But just because somebody may not like art doesn’t mean they can’t see the beauty in the Statue of David. If anything, Steve Jobs Day is a day where I admire the man behind the technology, pour an extra drink for him, and toast his memory. We miss and love you Mr. Jobs – hear, hear.