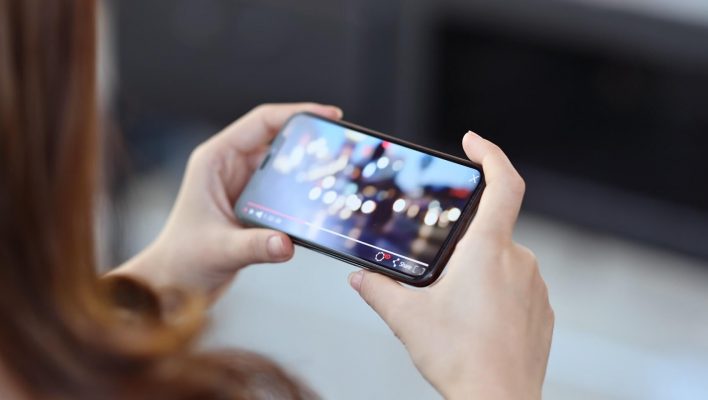 As of Monday night, Congress has officially passed a new COVID-related stimulus bill. On top of issuing a one-time $600 payment to many Americans, the bill included a range of disparate regulation, including a bill with a big impact: Illegally streaming for a profit can be charged as a felony.

The definition of just what constitutes a profit are a little vague – right now it's unclear if this is aimed purely at those flouting copywrite laws for big bucks, or whether it could also encompass much smaller players, such as a streamer who uses a piece of commercial music without licence.

Under the new regulation, unauthorized digital transmission of copyright-protected works is punishable by up to ten years in prison.

What the Bill Says

The COVID-19 stimulus package composed $900 billion of the entire $2.3-trillion spending bill, and this new copyright legislation falls within the broader scope of the entire 5000-page bill. It was proposed by Senator Thom Tillis, a North Carolina Republican.

The bill does two things: It establishes a “Copyright Claims Board” for small claims copyright decisions and it more specifically makes “digital transmission of copyright-protected works a crime punishable by up to 10 years in prison for a second offense.”

The Motion Picture Association of America is pretty happy about it, saying in a statement that they're “pleased that the package includes the Protect Lawful Streaming Act, which protects creators, innovators, and consumers by ensuring that operators of commercial pirate streaming services face meaningful criminal penalties in appropriate circumstances.”

The big question on many consumers' minds, however, is whether there's a chance they could get in trouble under the new copyright law. And the answer is a little murky.

What's the Impact of the Bill?

The full text of the bill was only made public (and reviewed by Congress members) yesterday, so the full implications of the tightening of copyright law have yet to be understood. We do know that the “streaming” in question includes both music and video content.

One caveat that sets this new copyright regulation apart from previous attempts to felonize streaming is that it applies specifically to those who earn a commercial profit off of their illegal streaming. Those who are just pirating the latest Disney movie or Taylor Swift album won't be committing a felony. The change is aimed at commercial operators.

But the definition of “commercial advantage or private financial gain” is broad. Could it apply to someone who plays music while streaming on Twitch, or someone who puts copyrighted content into their ad-supported YouTube channel? If so, they could see as much as ten years in federal prison.

Even for those most clearly in the wrong, such as those hosting a bootleg movie streaming site, a decade in prison seems like a harsh measure.

VPNs may Become More Popular in 2021

Now that we've ramped up our online lives due to the ongoing pandemic, we're streaming more than ever. Those who want to keep their digital noses clean despite the new streaming regulation might want find themselves opting for a virtual private network, both to keep their questionable streaming habits to themselves and to open up more legal options, such as unlocking new regions of Netflix content.

Granted, even VPNs will not be the answer for cybercriminals hiding their massive illegal streaming sites, or, for that matter, their ransomware and phishing attacks: Just this year, an international operation dismantled three VPN networks connected to hacking incidents.

But mainstream, trustworthy VPNs are well worth a few dollars per month, even for protecting perfectly normal internet browsing. Anyone interested in starting the new year right may want to check out those on our top ten secure VPNs list.