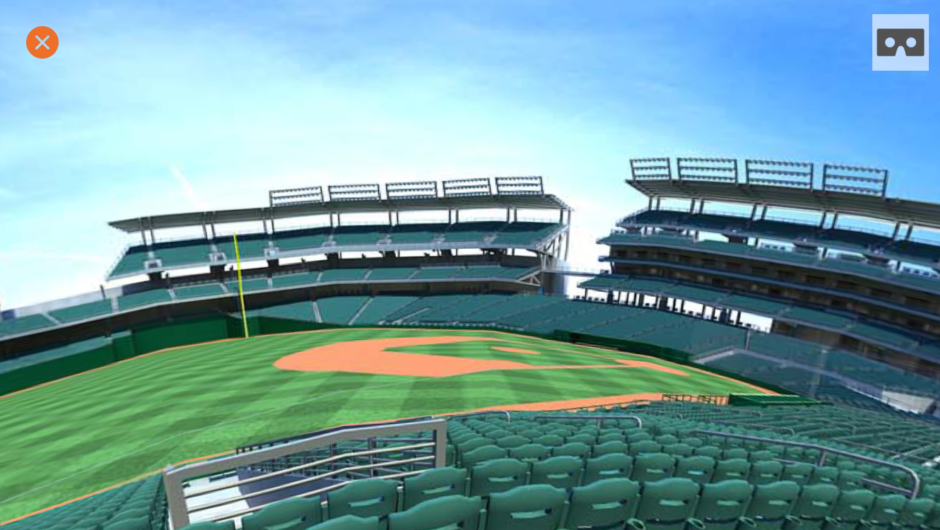 The sun is shining. The beer is flowing. Hot dogs are grilling. Clearly, it's time to take-in a baseball game. But if you haven't been to a game in a while, you need to make sure you don't get a seat that sucks. And while you might think it doesn't matter where you are sitting, wait until you are stuck behind a ceiling rafter sitting next to a guy that thinks the arm rest is his personal property. If only there were a way to see where you were going to sit before you leave your house. Fortunately, in this age of ever-evolving technology, I can safely say, someone has already done it with help from virtual reality.

StubHub has partnered with the Washington Nationals in order to provide one of the most practical uses for virtual reality since video games. The new feature on StubHub will allow future attendees to dawn a virtual reality headset and check out the view from their seats before they even press the “buy” button. Deemed the “virtual view” on StubHub, customers can even use their phone to get a 360-degree shot of their baseball enjoying experience.

The technology has been featured at a number of different sporting events, including the Final Four championship game and San Francisco Giants baseball games. While the use of virtual reality has become a bit of a gimmick for some companies, StubHub wanted to make sure that their foray into the medium wouldn't be a frivolous one.

“We didn’t want to do something just for fun or a marketing gimmick,” said Marcus Shelksohn, head of product for mobile apps at StubHub. “Being able to see what the view is like solves a real problem for customers.”

Virtual reality has seen its fair share of skeptics. While the entertainment industry has clearly called dibs on the revolutionary tech, finding practical uses for headsets and cameras alike has proven much easier than many have thought. Whether it be virtual reality ticketing or immersive medical education, it would appear this tech is doing a lot more good than people could have ever imagined. And by starting with a notorious welcoming game like baseball, they can't go wrong.