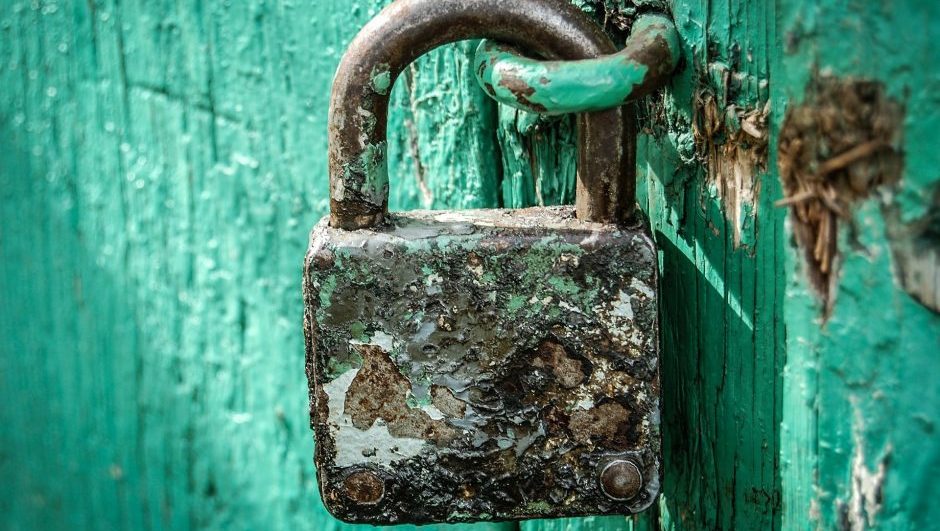 With hackers holding Netflix series hostage, ransoming off personal information, and generally mucking up the digital world with DDoS attacks, cybersecurity has never been more important for budding entrepreneurs. Startups in particular are at risk, as their comparatively non-existent resources make them easy targets for thriving hackers. However, according to a recent study, entrepreneurs and business owners are ignoring the risks of cyber attacks and carrying on without the slightest bit of protection at their disposal.

The study from Code42 titled CTRL-Z showed that a staggering number of business owners aren't taking any steps to protect their companies from cyber attacks. CEOs in particular are the problem, with 75 percent of them admitting that they use applications and programs that are not approved by their IT department, despite 91 percent acknowledging that their behaviors could be considered a security risk to their organization. These numbers, for lack of a better word, are bad, particularly considering the speed at which cybersecurity is evolving.

“We discovered that data protection in the enterprise is evolving, but perhaps not as rapidly as needed to keep up with the pace of change,” wrote the authors of the study. “The research showed that if data protection does not change, brands will face massive disruption and erosion of trust from customers and employees. This could lead to financial losses, even closure.” 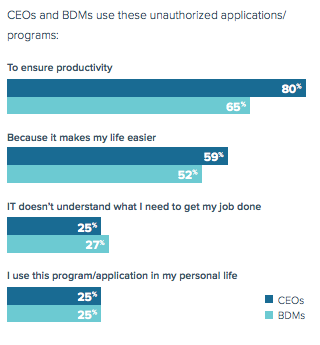 These reasons are admittedly hard to argue with. Secure programs take longer to load and cybersecurity measures waste precious hours of the day. As CEOs and business decision makers, they are in the business of getting work done. And without seeing a hacker in a black ski mask and burlap sack with a dollar sign printed on it, cyber attacks aren't going to be perceived as that much of a threat.

However, cybersecurity is a lot like insurance: it's better to have it and not need it than need it and not have it. Cyber attacks are getting more sophisticated and detrimental every single day. And if you want to make sure your company doesn't end up in the Startup Graveyard because of a single hacker, you need to make some changes to your cybersecurity strategy.

And listen to your IT employees! Sheesh!

Read more about protecting your company here on Tech.Co