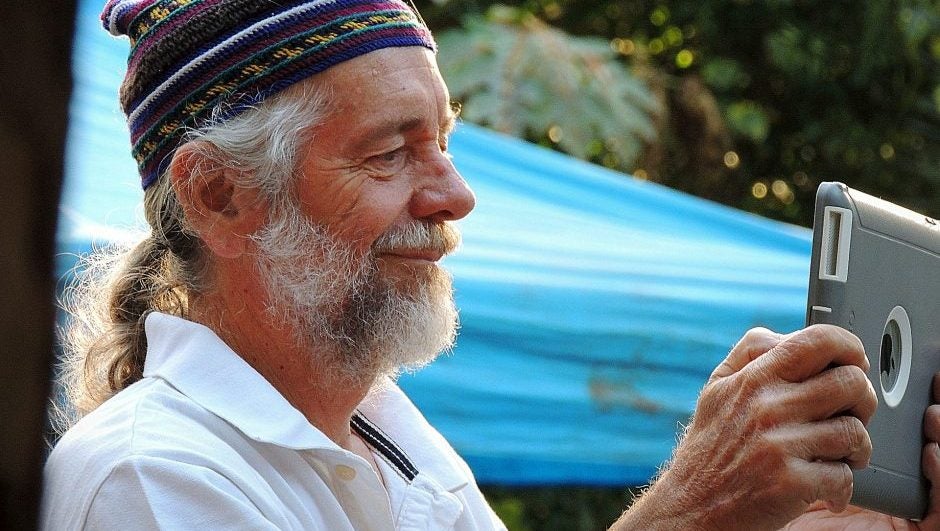 The joke is as old as time itself: old people are bad with technology. When cars became the primary means of transportation in America, elderly folks were still strapping feedbags to the bumper of their Ford Model T. When microwaves made cooking easier, senior citizens could be found attempting to preheat them before every meal. And when smartphones landed in everyone's pockets, old people tried to flip them open. But with the digital revolution evolving faster than ever, it appears the greatest generation is catching up to our technologically focused lifestyles.

According to a brand new study from the Pew Research Center, old people are finally getting the hang of technology. The study found that 42 percent of older adults (age 65 and older) currently own smartphones, compared to 18 percent in 2013. Additionally, 67 percent of seniors use the internet, a 55 percent point increase in less than twenty years, and for the first time in history, half of older Americans now have broadband at home. 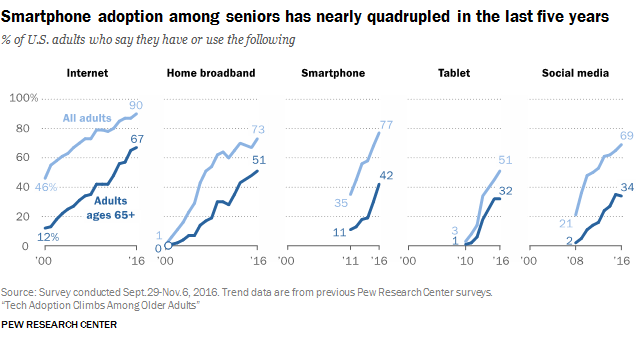 If you didn't see this coming, that's on you. With Generation X and Baby Boomers crossing the over-65 line more and more, it was only a matter of time before they made their presence known. Not only are elderly users becoming more active in digital world, but they're adopting it into their daily routine much faster than than their younger counterparts.

“Older Americans have consistently been late adopters to new digital technology, but seniors are deepening their experiences with various forms of technology. And while older adults may face unique barriers to using and adopting new technologies, once seniors are online, they tend to incorporate the internet and online activities into their everyday lives,” said Monica Anderson, lead author and research associate at Pew Research Center.

What Does This Mean?

Simply put, it means you can no longer write off senior citizens when it comes to your digital marketing campaign. Yes, Millennials represent an unprecedented amount of purchasing power, particularly in the coming years. But these elderly adopter are behind the curve, eager to catch up, and are flushed with cash. Do you really think it's a good idea to ignore them when it comes to your target audience?

It would behoove you to invest some time in your market strategy that includes these numbers. Older users and Millennials use technology very differently, and if you want to reach them, you'll need to do some research.