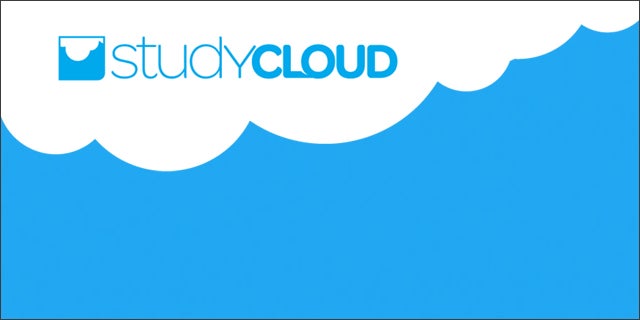 During their college days, Andrew Lee, Tom Zheng, and Ravi Pilla were power users, like most college students these days, on the Blackboard education platform. Almost every school in America uses the system, but these three men found a flaw inherent within it: there was no student interaction.

Currently, Blackboard owns about 60 percent of the market share, but they remain technologically unevolved. The problem, according to the team at StudyCloud, is that Blackboard ends up being used as a glorified and expensive flash drive used only to store files.

StudyCloud is aiming to challenge the conventions of online education tools with a shift toward a more productive and communal learning environment. Pilla took some time out of his busy startup day to give us a few insights into the world they have created for students.

Tech Cocktail: Where did the idea for StudyCloud come from?

Ravi Pilla: We were students who suffered from the burden of Blackboard’s obsolete technology, outdated interface, and non-existent collaborative capabilities. We saw the dire need for a learning platform that was more focused on people rather than content.

Blackboard tends to aggregate all the necessary content in the course, but it completely ignores any student interaction. We examined our ideas and values, and realized we were suited for online courses; the core, a lack of interaction, would become our niche.

Tech Cocktail: What does StudyCloud do differently?

Pilla: StudyCloud connects students and teachers involved with online courses so they might help, support, and encourage each other. There is a fundamental lack of student-to-student and student-to-teacher interaction in the online domain compared to the physical classroom, but StudyCloud solves that.

Pilla: StudyCloud helps the student by first and foremost keeping them on track to finish their course. We have an agenda that syncs with the student's schedule to give them real-time alerts and notifications when there might be a scheduling conflict coming up.

StudyCloud is also very conducive to group work, and it features a discussion platform designed to help students connect with their peers, receive feedback, and encourage each other. We also integrate tools like Dropbox and Google Docs to make the overall experience as smooth as possible.

Tech Cocktail: As you move forward, what do you see in the future for StudyCloud?

Pilla: There has been a rapid shift toward online education for several reasons: the technology is there, higher education costs are climbing, it is convenient, and it reaches more people. But the online education space is still in its infancy and offers plenty of room for new ideas.

In particular, Massive Open Online Courses (MOOCs) have captured instructors and institutions by storm, with more than 75 percent of students taking courses on a MOOC platform. We want to be innovators in the field and work with MOOCs, or other platforms, to help anyone learn better from anywhere in the world.

StudyCloud was featured at Tech Cocktail's Champaign Mixer and Startup Showcase in September 2012.