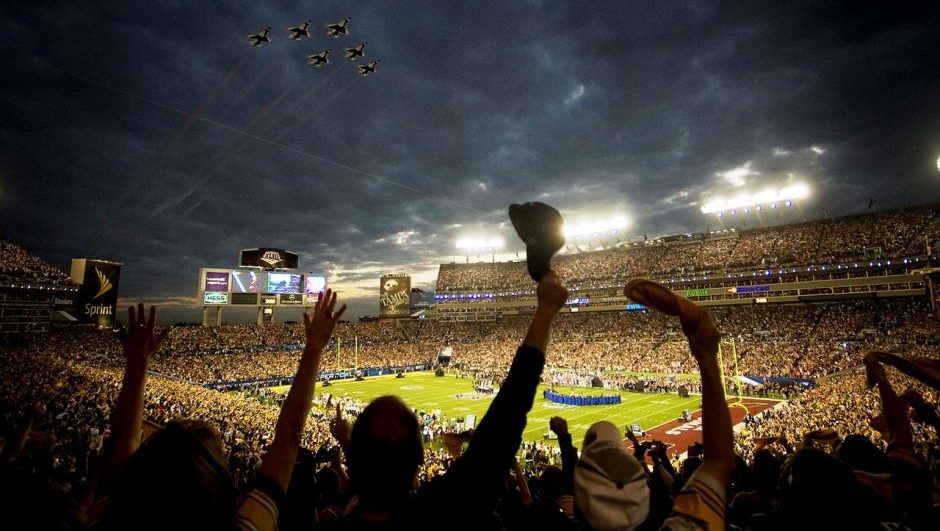 With the NFL season kicking off tonight, there's a lot of buzz about who is going to raise the Lombardi trophy at the end of the year. Will the Patriots repeat, solidifying their dynasty? Will the Falcons redeem themselves after the biggest blown lead in Super Bowl history? Or will another team climb the mountaintop and hoist the NFL's most prized trophy in early February? Who cares! CBS Sports is going to turn the yearly sports spectacular into a tech enthusiast's dream.

That's right, the sports division of CBS is already planning a trip to the now-operational Mercedes-Benz Stadium in Atlanta to prep for the biggest game of the year: Super Bowl LIII. They hope to scout the arena in hopes of installing a few innovations before the big game on Sunday, February 3 in  2019. And, from a technological stand point, they really want to make things interesting.

“The big thing for us this year,” said Harold Bryant, executive producer at CBS Sports to SportTechie. “We’ve reached out to all of these providers of technology to say ‘Hey, let’s test, let’s experiment, let’s try.’”

If you're interested in what the NFL is putting together for Super Bowl LIII, take a look at some of the innovations below:

Recently, innovations like end zone pylon cameras and 360 degree replay systems have made watching the big game that much more enjoyable. However, on-screen graphics have stayed fairly stagnant in recent years. Fortunately, they've switched their underlying platform to ChyronDuet with Lyric software to create texture such as storyline graphics, full-screens and lower-thirds. Bryant specified that speed will be the name of the game when it comes to getting these graphics and statistics live within the context of commentary.

You've seen it on drones, you've seen it on streaming sites, and now you'll see it at the Super Bowl! CBS Sports plans on upgrading their cameras with 4K technology that will provided an infinitely clearer game for those watching at home.

“We continue to push the high-speed landscape,” said Bryant.

Virtual reality is still waiting in the wings for its mainstream moment. But until then, sports producers have been experimenting with virtual reality, already launching it at the Final Four last year. However, as the technology is far from perfect, both CBS Sports and the NFL are hesitant to jump in head first.

“I still think the live VR has some steps to improve,” said Bryant. “You want to sit down and watch a game on your big-screen TV and not have to get on a device or move something around. You want media to come at you and not have to work so hard for it. It’s getting there.”

Read more about tech and sports on TechCo