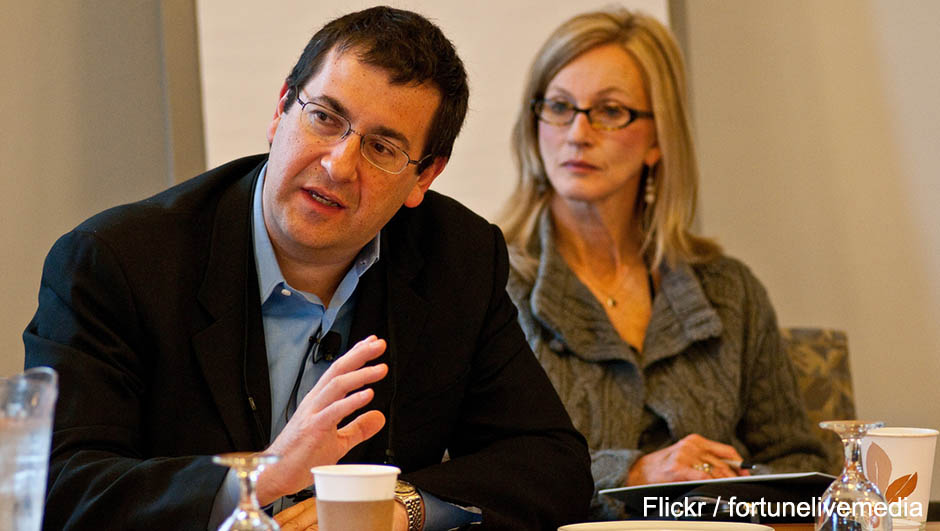 Re/code is reporting that SurveyMonkey CEO – and husband of Facebook COO Sheryl Sandberg – David Goldberg passed away suddenly last night. The cause of death has not been disclosed.

“It’s with incredible shock and sadness that I’m letting our friends and family know that my amazing brother, Dave Goldberg, beloved husband of Sheryl Sandberg, father of two wonderful children, and son of Paula Goldberg, passed away suddenly last night. In this time of sorrow, we mourn his passing and remember what an amazing husband, father, brother, son and friend he was. No words can express the depth of loss we feel, but we want his children to learn how much he meant to all of you. In lieu of donations, we want to celebrate his life in a manner that respects the family’s privacy as they cope with this tragic, life changing event: Sheryl, their children, and our family would be grateful if people would post their memories and pictures of Dave to his Facebook profile.”

The CEO of SurveyMonkey, Goldberg found his way to the company after some time at Yahoo! and finding himself as an entrepreneur in residence at Benchmark Capital. While serving as the director at Ancestry.com, he got connected to SurveyMonkey, and eventually found himself in the role of CEO.

According to Re/code's Kara Swisher, Goldberg was a beloved member of the Silicon Valley community:

“His unfailing kindness toward everyone, endless generosity with his time, insights and advice and basic great-guy personality made Dave — no one called him David, really — made him the heart and also soul of the tech and media community.”

UPDATE, May 4: Re/code has reported that David Goldberg collapsed in the midst of exercise while on vacation in Mexico.

Tech.Co will continue to update this story as we hear of more news.