SweetLabs, the creators of  OpenCandy, an advertising network, and Pokki, a desktop app platform, has announced that they have raised a $13 million C Round of funding from Intel Capital. Existing investors Google Ventures and Bessemer Venture Partners also participated in the round. The funding will be used to grow Pokki, expanding on the company’s newest platform that lets developers easily create and distribute rich, connected desktop apps using standard web languages like HTML5. The Pokki platform, which was launched in beta in June, brings always-on apps to the desktop, much like consumers have come to expect from mobile and tablet devices.

According to SweetLabs, the response to Pokki since launch has been very positive, with a grassroots community of developers growing around the platform. Engagement with Pokki apps has also been an upward trend, according to the team. For example, the Twitter app is, on average, opened by a user 17 times a day. This is more activity than Twitter.com itself. This just illustrates that desktop apps can be extremely sticky and drive engagement. Of course, so is Twitter, so that helps too, but it does illustrate the potential. To continue to prime the pump and reward great developers for giving Pokki a try, SweetLabs has recently launched a Pokki app developer contest, which will award up to $50,000 in prizes.

Pokki is a great fit for Intel Capital to invest in as Intel itself has been working on re-inventing the PC for a while. Marc Yi, managing director at Intel Capital, confirmed this by saying:

“Pokki has the potential to reinvent the PC experience and help unify an ecosystem where users interact with rich, always-on apps across all their platforms and devices.”

The alignment helps explain how quickly they made this C Round happen; from start to finish the process took less than two months. Funding will also be directed to the OpenCandy advertising network, which was SweetLabs' first platform that powers software recommendations during the download and installation process of desktop apps. OpenCandy has powered over 400 million desktop app installs since the product launched in 2008.

Currently leading the charge in the San Diego tech scene, SweetLabs will soon also have offices in Seattle and Silicon Valley. To grow their platforms, the team is looking to double their current size within the next twelve months. 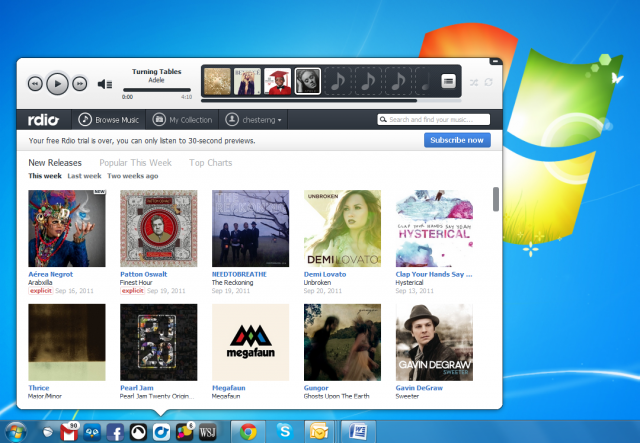