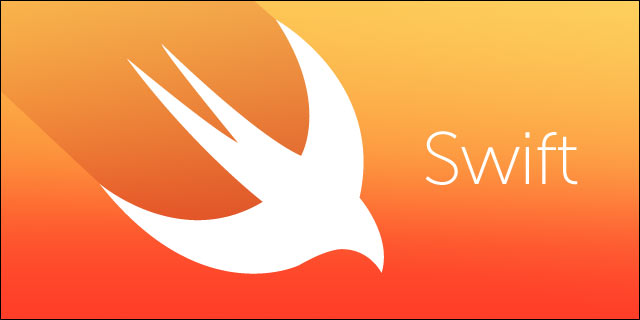 Recently, at WWDC, Apple made the announcement of the new coding language, Swift.  To many who don’t understand coding or programming, this didn’t seem like such a big announcement. But to those of us in the programming community, this has some monumental implications for Apple and the industry as a whole.

Swift is a programming language for iOS and OS X that lowers the technicality of developing robust apps. It’s also a much easier language to understand and operate within than Objective-C. Currently it’s only available in beta, but should be released to the general public very shortly.

Why is it significant?

Objective-C, while being an incredibly powerful programming language, is also extremely daunting.  Even for experienced programmers, Objective-C was often viewed as not worth the effort to master. When languages such as Python and Ruby were offering lower barriers to entry, there was not much incentive to utilize Objective-C.

Swift looks to change all of that. The language has a much lower learning curve, while still retaining the robustness of its predecessor. Swift will make developing for Apple as appealing as developing for all other operating systems.

You thought iPhone zealots were annoying?

You may or may not have noticed that programmers can be a peculiar breed of people. We know that there is a perception toward us from the general public that is not all that flattering. And we’re not blameless in this prejudice. We can be difficult to work with sometimes. We speak different languages than marketers, sales reps, and management. And with this dissonance in verbiage, there is sometimes friction between the groups.

In addition, we are passionate about programming. It’s not a sexy job like advertising, sales, or client relations. We’re left to our own devices and rarely get to see the light of day (kidding). So we protect our careers and think of them more as callings than jobs. Now, take the strong love for our work and combine that with the fanaticism Apple can create in its fans. What you’re left with is a raging Apple love with a programmer’s level of disdain. God help us all!

What Swift means for the industry

In short, money. Lots and lots of money for Apple. The OS X and iOS app stores are about to experience a boom market. Which is fascinating, considering they’re already outperforming their competitors by a wide margin.

By opening up the development of software that works in the Apple ecosystem, Apple will attract programmers and entrepreneurs in droves. Mobile developers can enjoy Apple’s mature ecosystem and industry-leading app profitability alongside modern language features the platform was previously lacking. Where Objective-C’s syntax has always been very different from most modern programming languages, experienced developers will feel right at home using Swift.

The Playground and runtime interpreter is going to make this language easier to use and visualize. This will make entry-level programmers look to Swift as a viable language to begin with.

Business aps have mostly existed in the Windows and Google Chrome world up to this point. If a business app was developed for Apple, it was usually a version of an app that was already successful on the aforementioned platforms. But Apple has become a major player in the business hardware space over the last five years. With the proliferation of their devices, a demand for robust business apps has grown without the supply being able to fulfill. Swift turns this on its head.

Look for B2B entrepreneurs to flood the market now that the barriers to entry have been lowered.  It’s going to be a very exciting time for anyone involved in software or programming.

The experts and programmers Bob Ziroll, Chris Stevenson, and Michael Zaro from Coding Campus were instrumental in gathering the information provided in this piece.