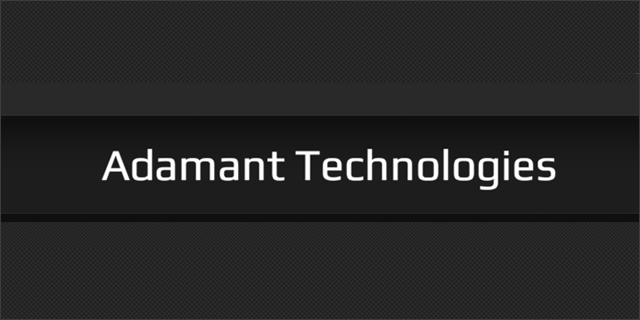 I love Austin.  The food, the music, the open air – it's my kind of town. But if you told me that there's a company making chips in Austin that will be really good for your health, I probably would've thought you were talking about organic sweet potato chips. Or maybe apple. You probably would as well. Until you met Sam Khamis, the founder of Adamant Technologies, the startup that in the next couple of years will turn your phone into an amazing mobile health companion device.

Adamant has invented a small, low-power, durable sensor chip that is capable of imitating the workings of a human (or dog) nose and a lot more. It can detect dozens (and eventually thousands) of chemicals and smells from your breath and immediate surroundings – all at the same time. As the chip gets integrated into various phone accessories, its applications range from measuring your alcohol level, metabolic rate, and causes of bad breath, to the truly revolutionary ability to identify specific chemicals indicative of potential early stages of various diseases.

This chip truly provides us with the beginnings of the “Tricorder” device from Star Trek – which incidentally is the name of the Qualcomm-sponsored X Prize that the company just applied for. I spent some time with Khamis last year at SXSW as he was finishing his fundraising, and we caught up for an update as he's heading back there again this week.

Last summer, the company raised its Series A from Khosla Ventures and since then has built quite a footprint. It has exclusively licensed its technology from the University of Pennsylvania, built a world-class research lab in San Francisco, and set up a chip manufacturing facility in Austin. It is advised by world-class experts in nanotechnology, chemical sensing, and endocrinology, as well as a number of successful mobile executives. Adamant is now hard at work producing first batches of its chips, researching more chemicals to detect, and creating its first device prototype.

While you can't always see it behind the smokestacks of tweets and Instagrams, Austin (and a few of its neighboring cities) has always been one of the centers of chip manufacturing. Kerry Rupp, managing partner at DreamIt Ventures, says, “Austin has a history in hardware manufacturing. Recently, there's been also a huge focus on health care. So it's not surprising to see new technology coming from this area in Austin.”

SXSW itself has been living up to its reputation of being on the cutting edge. Under the big tent of consumer and social innovation, there is definitely a new crop of digital health and maker movement startups looking to improve our lives in ways we wouldn't have thought possible before. I certainly look forward to meeting many more of them this year!

Katya Constantine is a seasoned online marketer with over 11 years of experience. She has developed a uniquely comprehensive background in email and omni-channel marketing for large online brands. Most recently, she was at Expedia and Amazon, leading projects ranging from behavior-based programs to increasing customer acquisition and conversion with great results. Katya has successfully worked to bridge mobile, email, search and social channels to increase online performance at many large web properties and ecommerce startups. Presently, Katya is the CEO of DigiShopGirl Media. She is also a marketing mentor for technology startups via Entrepreneurs Roundtable Accelerator program and an active blogger/speaker on topics ranging from mobile email to effects of the visual web on online marketing. You can follow Katya on Twitter @digishopgirl.