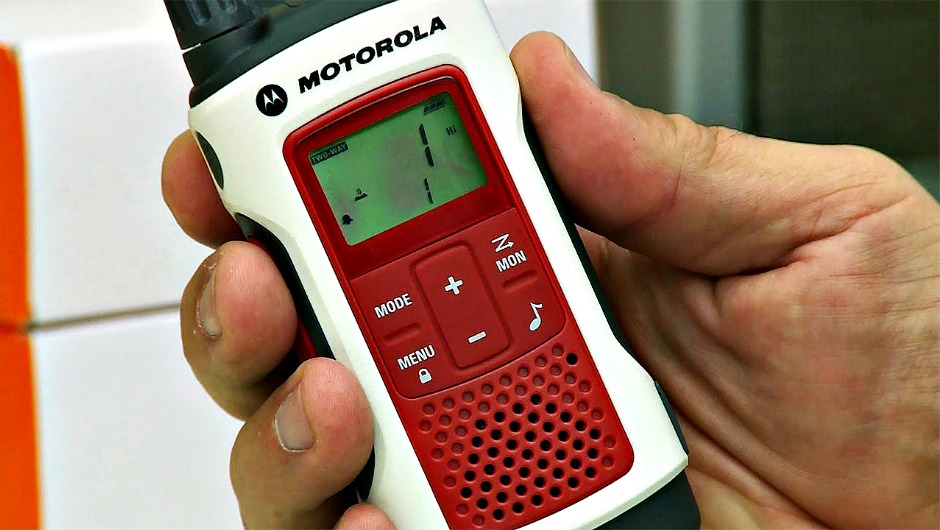 Regardless of where you live, there is at least one type of natural disaster that's likely to terrorize your area. Down here in Charleston, we get some pretty nasty hurricanes and the occasional tornado. For those of you unfortunate souls up north, snow storms paired with an occasional city shut down are all too familiar. And if you live out west, there are of course earthquakes, tsunamis, and ever-present threat of a zombie apocalypse.

The best way to face these natural disasters is by being prepared with the right equipment and supplies. Mentioned in our hurricane gadget guide, the Motorola Talkabout T480 is among the enhanced supply list to help you stay abreast of alerts from NOAA. It let's you communicate with family members (two-way radio), listen to local FM radio, and even gives you access to a small flashlight.

Though we fortunately didn't have to use the T480s during a natural disaster, we took them on a neighborhood hike and out into the middle of nowhere for some rugged testing (dropping it in mud, having it accidentally fall off a few counters, etc.) over the course of a month. 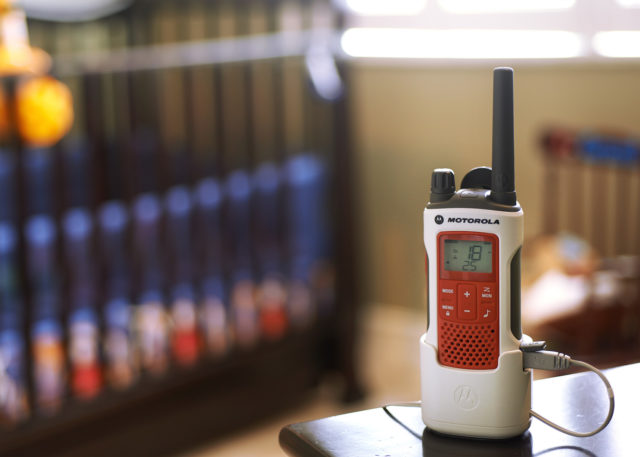 Unlike most two-way radios, the T480 is designed to be more than just for communicating, but it actually does this quite well. Beyond the norm, this radio is designed to always be active. Much like your typical NOAA radio, the T480 sits quietly until an alert is pushed. In most cases, that will be the weekly test, but during hurricane season it’ll act as a solid early warning indicator for when a weather situation may occur.

Due to it’s battery life (26 hours), I’ve also taken to using it as a easily portable FM radio. Granted, it doesn't have the best sound quality, but it’s lightweight and decent enough to use while working in the garage. I also took it fishing on a kayak, where it eventually made its way into the water, and had no issues running after being dried off.

As far as the basics are concerned, the two-way radio component works well. Like most radios and walkie talkies, the more obstacles in your area, the shorter the range. For basic neighborhood usage, the T480's range will be minimized to about a mile, but on open water or even while hiking it greatly expands to between 6 miles and 35 miles. The T480 also supports up to 22 channels and 20 call tones. There is even an emergency alert button that blasts a loud siren through the speaker, which could always come in handy alongside the built in LED flashlight.

Overall, the Talkabout T480 boasts a great battery life, much-needed extra emergency features, and packs a lot of quality for the price point. Though not a negative, it’s worth noting that the T480 is sold as one unit, whereas most two-way radios come as a pair.

Motorola’s design of the Talkabout T480 is focused around portability and durability. With a lightweight design and simple color scheme that emulates emergency palettes (red and white), the radios hold up to most weather conditions. Unlike some two-way radios, the T480 also includes a removable belt clip, which doubles as a whistle.

For functional design components, the radio features a small LED flashlight. Though it's quite bright, it’s rather limited in range. The radio also uses a micro USB charging port, which means it’s easy to find a handy charging cable. Overall, the design makes this radio both durable and easy to use.

Should you buy the Motorola Talkabout T480 two-way radio? If you’re in a zone that has constant weather emergencies, absolutely. The radio works well, is durable, and boasts impressive weatherproof tech. As a result, it gets the job done while keeping you informed. If you just plan on doing some hiking or want something for communicating on the open water, this has a few extra bells and whistles than you’ll likely need.