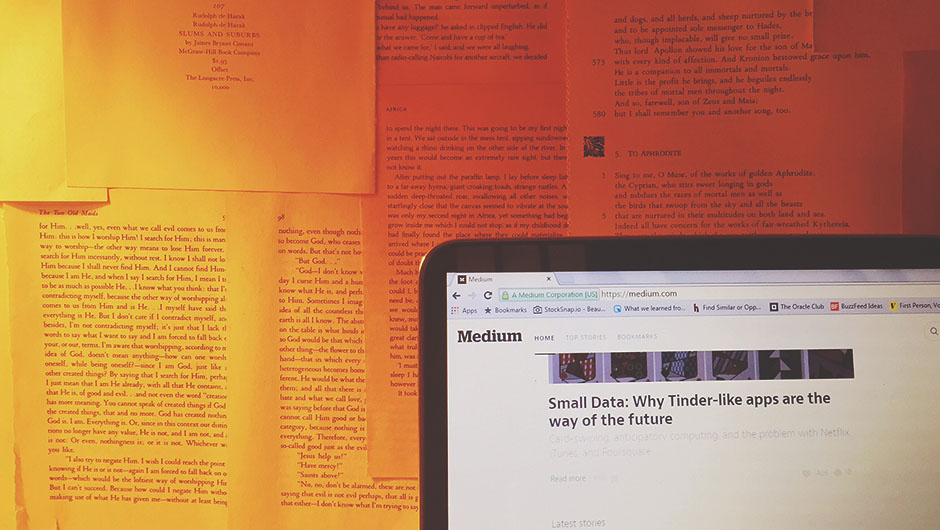 Medium announced yesterday that it raised a whopping $57 million funding round for its content platform. The round was led by Andreessen Horowitz, which led a similar round last year in an investment in BuzzFeed – another rapidly growing media giant. According to people familiar with Medium, this second funding round for the company places it at a $400 million pre-money valuation.

uBeam – a company that's creating technology that allows for wireless charging through the use of ultrasounds – announced yesterday that it has raised $10 million from current and new strategic investors. Led by 26-year-old CEO Meredith Perry, the company also announced yesterday that it would be bringing in former Apple and Palm finance director Monica Hushen as CFO, and Jeff Devine (formerly of Cisco, Palm, and Nokia) as COO.

The McLean, VA-based Urgent.ly announced earlier today that it has brought in $7 million in Series A funding from Allianz Digital Corporate Ventures, Verizon Ventures, and Forte Ventures. This is a big win for the company, who's only other investments include a seed round from CIT GAP Funds and a follow-up convertible note last October.

Acquia, the Boston, MA-based startup that sells website-building software to business and government customers, announced yesterday that it has raised $55 million in a new round of funding. To date, the company has raised nearly $189 million – with $50 million raised just last year.

Civitas Learning, an Austin, TX-based startup that's helping universities improve engagement with students through its analytic software and services, announced yesterday that it has raised $60 million in new funding led by Warburg Pincus. Prior to this new financing, the company had raised $28.9 million in venture funding.

The leading German digital publisher Axel Springer has announced that it has agreed to acquire approximately 88 percent of the shares in NYC-based business news media site Business Insider. Axel Springer is spending about US $343 million in the transaction, after which it will own around 97 percent of the company, with Amazon founder Jeff Bezos owning the remaining shares.