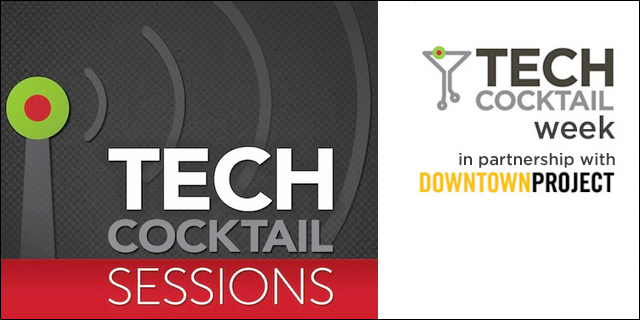 First up was Neal Sales-Griffin, CEO of The Starter League. He quit his job at a VC firm when he realized that having ideas wasn’t enough. With a friend, he committed one year to learning how to code. “We did nothing but practice all the time – all day, all night,” he recalls. After trying to build three different apps to solve problems in his life – and not having enough skills to do so – he finally realized that he needed to build a school for learning to code. The goal would not be teaching skills to help students get jobs, but helping them bring their ideas to life. 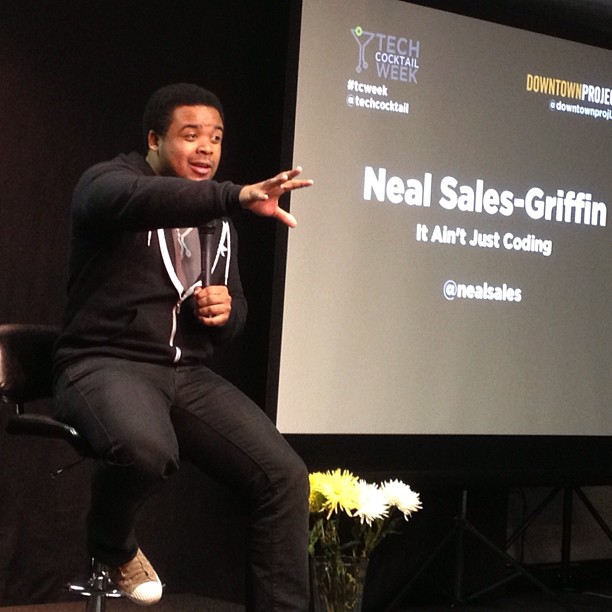 Feeding on the energy, SproutBox cofounder Mike Trotzke talked about games, from Cards against Humanity to Werewolf. He encourages entrepreneurs to get away from their screens and play some games to learn about user interaction and how to create fun and delightful experiences. 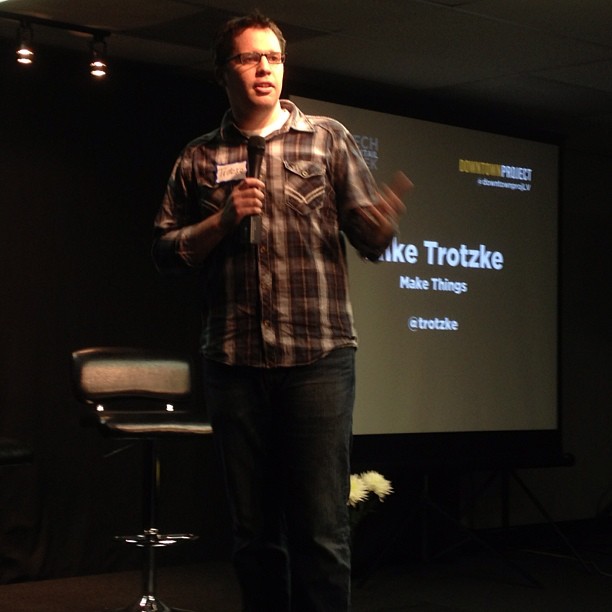 Next was Sarah Evans, a PR specialist who recently wrote a book called [Re]frame: Little Inspirations for a Larger Purpose about tackling big projects and staying sane. She’s able to do that as chief evangelist of Tracky thanks to a supportive husband, supportive parents, and some key rules, like regular communication and regular meals with her family. 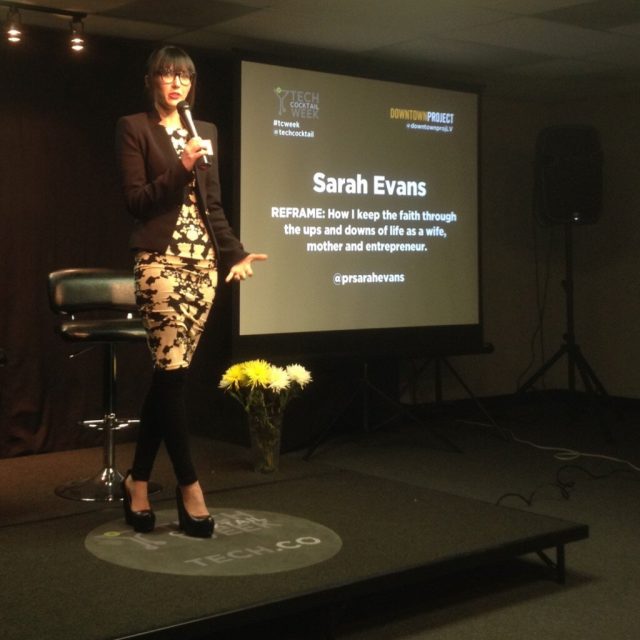 Justin Johnson, cofounder of Late Labs, followed up with some insights on the growing sharing economy. Companies like Airbnb, TaskRabbit, and Lyft are allowing people to share resources like their homes and cars. In fact, some people are actually quitting their jobs and making money off these services, then using their extra time to pursue their passions. And, as a side benefit, those people can be their own bosses, form communities around sharing, and maybe be a little happier. We just need to make sure government regulations make room for this. 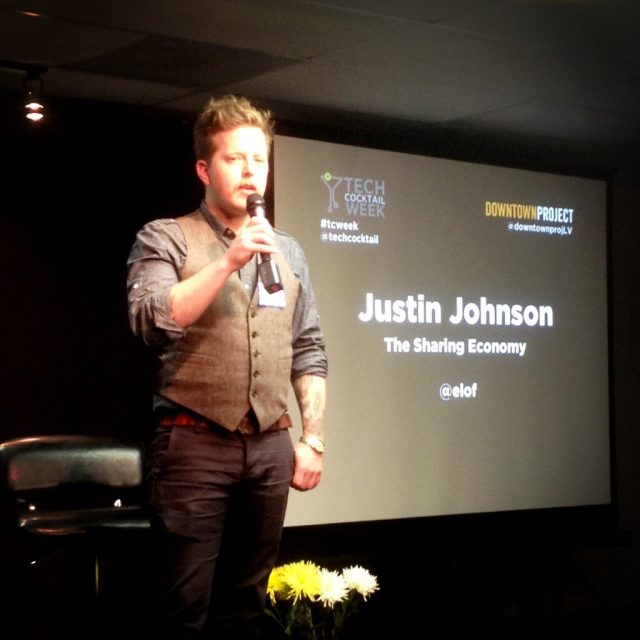 Following a little break, Jackie Jensen of Ticket Cake took a deep dive into the #VegasTech Twitter hashtag. She analyzed 96 hours of data – 48 hours in the fall, and 48 hours this week. Surprisingly, even in a small community, the volume of tweets and users interacting was higher than that for Los Angeles’s startup community, #SiliconBeach. People are talking about events and meetups, press, helping others, and fun and random stuff. She encourages visitors to join the community and the conversation on Twitter. 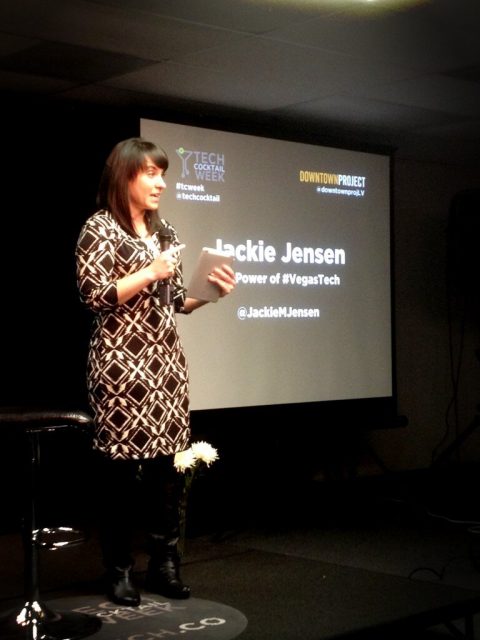 After that, cofounder Liam Martin of Staff.com talked about the trend of remote work. He himself has 40 employees in nine countries and he’s probably met about four of them. Remote workers can be cheaper, more efficient, and happier – if you make sure to cultivate company culture. To do that, Martin set up a Skype chat room, schedules weekly Google Hangouts for each department, and gives a monthly video address to the whole company. 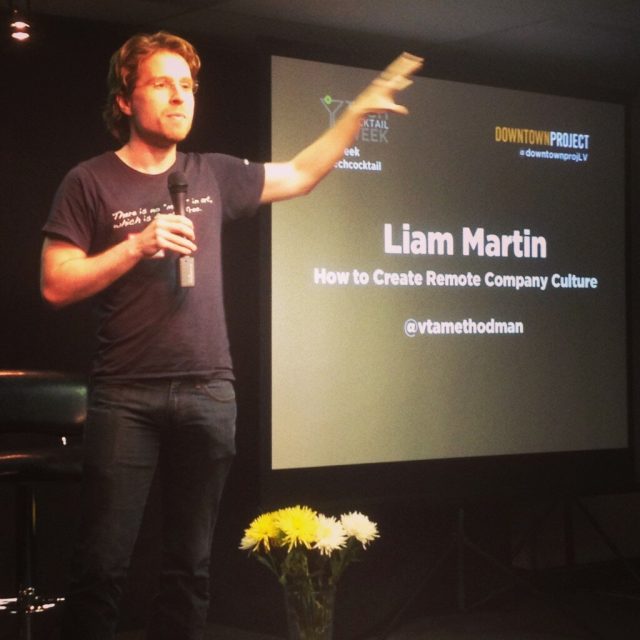 Bringing up the rear, Science CCO Mike Macadaan wove a rambling story about a blimp tour he once took, and some lessons he learned since. Among them: be humble and ask for advice, know when to start over in your branding process, and put a lot of thought into your font (it's 80 percent of the design problem). He also ended with a warning: “Design is like rice, in that it soaks up all the flavor of everything around it.” More specifically, creative people soak up their environment – so make sure their spaces are welcoming and open, not bland and limiting. 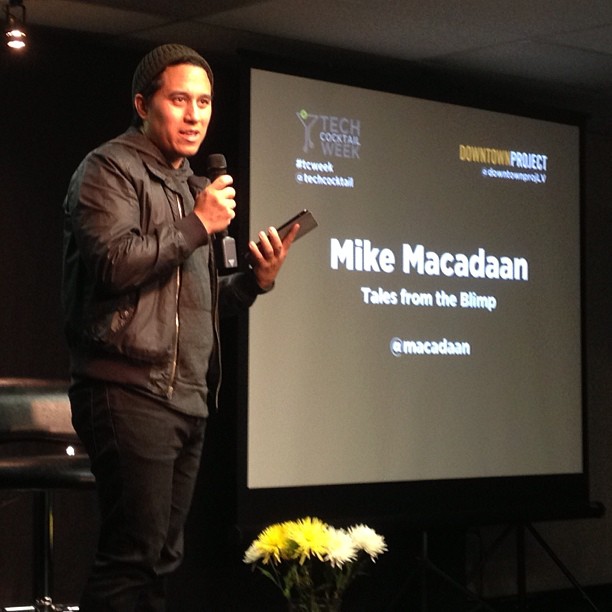