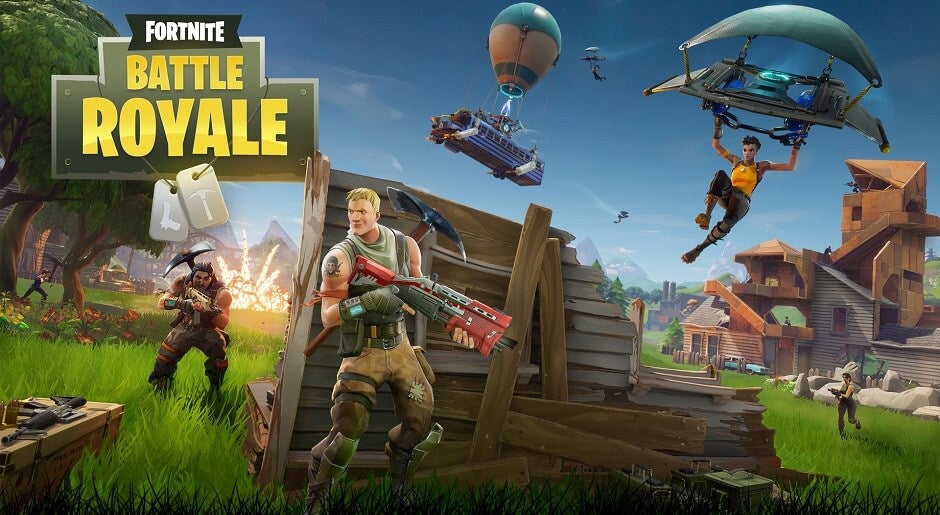 Gamers can be a fickle bunch, and it doesn't take much for them to swap their allegiances. Sony might be the top dog of the console world at the moment, with over 80 million PlayStation 4s out there in the wild, but recent news that it wouldn't allow players of the incredibly popular Fortnite game to use their existing Fortnite accounts on competitor consoles has had the gaming community up in arms. It's yet another surprisingly common example of a major tech company misjudging the mood of loyal customers.

Nintendo and Microsoft have no issue with sharing profiles across platforms, so the Fortnite issue appears to sit squarely with Sony. The company utterly failed to appreciate how loyal Fortnite users would naturally assume they could port their user accounts between devices – many of whom had spent considerable money on character outfits and upgrades, after all.

Sony's response has been fairly lacklustre, acknowledging the outcry, but showing absolutely no intention of addressing it. In a non-committal statement to the BBC, Sony told fans that it wouldn't budge on the issue, while paying lip-service to wanting to hear their opinions on it:

“We're always open to hearing what the PlayStation community is interested in to enhance their gaming experience,” Sony said.

Of course, Sony isn't the first tech giant to totally misread its customers' needs and wants, and it certainly won't be the last. We look at some other mis-steps from the recent past, including some that cost the companies dearly.

So okay, we know that Apple wasn't technically the first manufacturer to get rid of the headphone jack. That dubious honor goes to Motorola and the Moto X, but it certainly did popularise the decision, and caused many other brands to follow suit.

The reason for getting rid of that much loved socket was so that phones could become slimmer and sleeker and more easily waterproof. Apple stated that it was displaying ‘bravery' by making the move. Of course, you could still listen with your wired headphones, via an handy adaptor that Apple included in the box, but this meant carrying around an extra accessory with you. Of course, Apple had a preferred solution, in the shape of its wireless Ear Pods, which it would happily sell to you for 160 bucks…

While this move isn't quite as disastrous as some of the examples below, Apple misread customer loyalty to a tried-and-tested bit of old-school wired tech. It has certainly upset plenty of phone users, with many refusing to give up their older iPhones, or switching platform altogether. 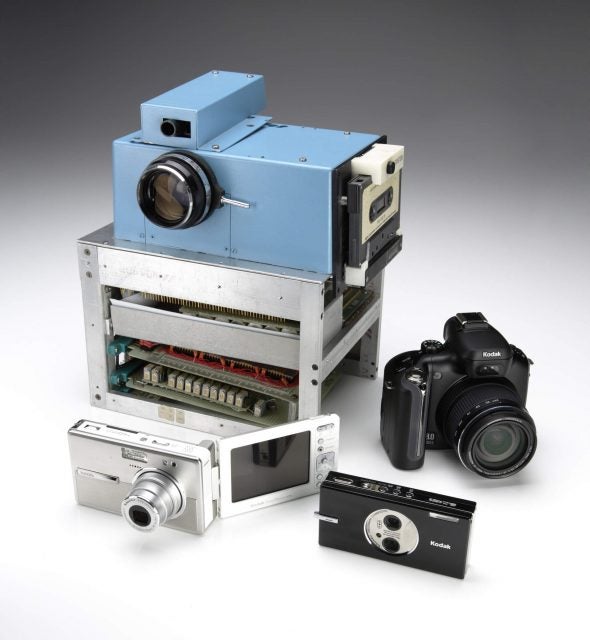 Kodak is credited with inventing the digital camera

It seems strange to consider now, but there was a time when Kodak was the name in consumer photography, with a wildly popular range of products and services which dominated the market. It even brought the ‘Kodak Moment' into the popular lexicon (for what today would be considered ‘Instagrammable'). But for Kodak, these moments quickly dried up as the new millennium approached.

Kodak knew about digital photography before most of its competitors, and was actually one of the first to develop the technology. It generated hundreds of patents around the new tech, and seemed poised to embrace it. But it lacked the confidence enough to make the jump to this emerging and disruptive system. With huge profits being made on the manufacture of physical film, it was anxious about switching to a technology that could effective kill off a huge money-maker. Of course, other companies had no such qualms, and while Kodak was pondering its next move, a host of other brands swept in with digital cameras that consumers adored and quickly adopted, ditching traditional photography methods.

It could be argued that with the assimilation of the camera into smartphones, it's likely that Kodak would have only afforded itself a brief reprieve, even if it had been successful in the digital camera space. Regardless, the company filed for bankruptcy in 2012, swiftly bringing to an end over a hundred years of photography history. 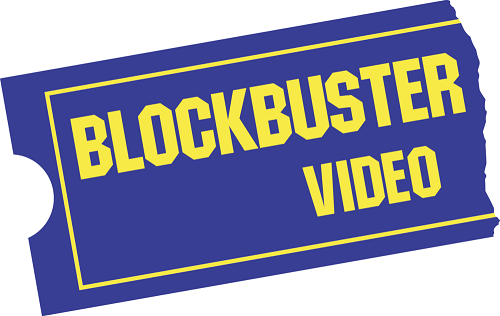 In the 80's and 90's, Blockbuster was the go-to store for film rentals, and dropping in on a Friday night to pick up a new release was routine for millions of customers. Like Kodak though, the company was slow to respond to new trends, failing to recognise that its reliable business model was soon to be surpassed.

When Reed Hastings, co-founder of Netflix, approached the then Blockbuster CEO, John Antioco, in 2000 to offer his company to the video giant for $50 million, Antioco politely declined. It's important to remember that this was well before Netflix had established its own streaming service – it was one of handful of companies that offered a DVD mail rental service. Niche, perhaps, but it had a sound infrastructure, a future-proof name and appeared to be doing well.

Netflix's strength was recognising customers would much rather opt for movies to be delivered than make a trip to the rental store. When it introduced its streaming service, movie fans didn't even have to leave the couch. Blockbuster failed to adapt, and even though it briefly dabbled with a streaming service, it couldn't let go of its old ways, charging per rental, rather than a flat subscription fee, like Netflix. The writing was on the wall, and Netflix took the throne.

The humble Start menu, first introduced with Windows 95, has been responsible for the beginning, and end, of billions of Windows sessions. Microsoft cracked this UI in the 90's to ensure that home PCs were so straightforward and clearly labelled that every member of the house felt comfortable with them. The Start menu was the comforting security blanket of Windows. It was always there, the dependable compass for your Windows journey.

When Microsoft introduced Windows 8 in 2012, it made a fatal error. It removed the trusty Start menu. Designed with multiple platforms in mind, and to cater for the touchscreen tablet market, the Start menu had been scrapped in favour of the Start screen, a gaudy, multi-tiled monolith that proved too much for many. Windows customers complained that with this new format, they didn't even know how to turn their devices off.

Such was the blowback that in the Windows 8.1 update, Microsoft hastily added the Start menu back in. But the damage was already done, with some Windows 7 users vowing to never upgrade. Windows 8 has one of the shortest lifespans of Microsoft's operating systems, and was quickly replaced with Windows 10. It's unlikely that Microsoft will ever dare to remove that beloved little button ever again. 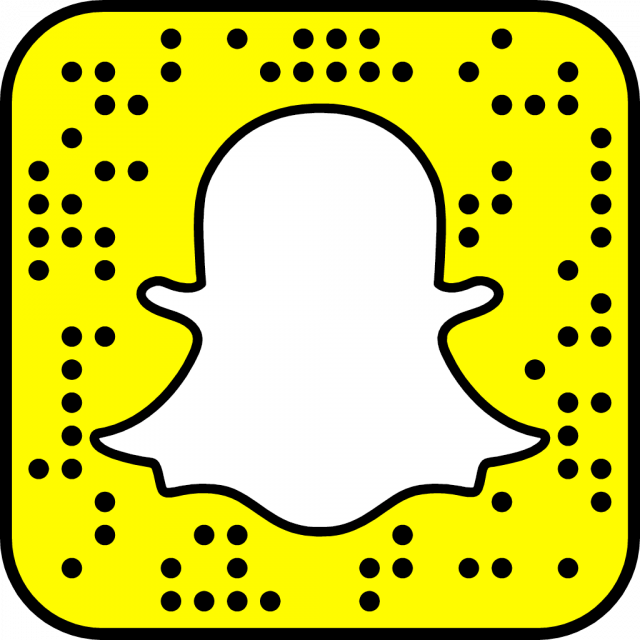 App redesigns are a tricky thing to get right. You want to introduce enough quality of life changes and technical improvements that your users will approve of, while not disrupting their experience entirely. What you absolutely shouldn't do is completely up-end the entire app.

Unfortunately, this is exactly what Snapchat did earlier this year, rolling out an update that made sending snaps harder. It also combined new snaps and stories on the same page, and filled the Discover page with sponsored content.

Users were upset, with over a million of them quickly signing an online petition to reinstate the old version of the app. Worse still, it attracted scorn of one of its most popular users. When Kylie Jenner threatened to ditch the app, it reportedly caused the social media giant to lose a huge portion of market value.

Realizing the mistake it had made, Snapchat issued a quick design update in May 2018, but it has a long way to go to rebuild customer confidence.