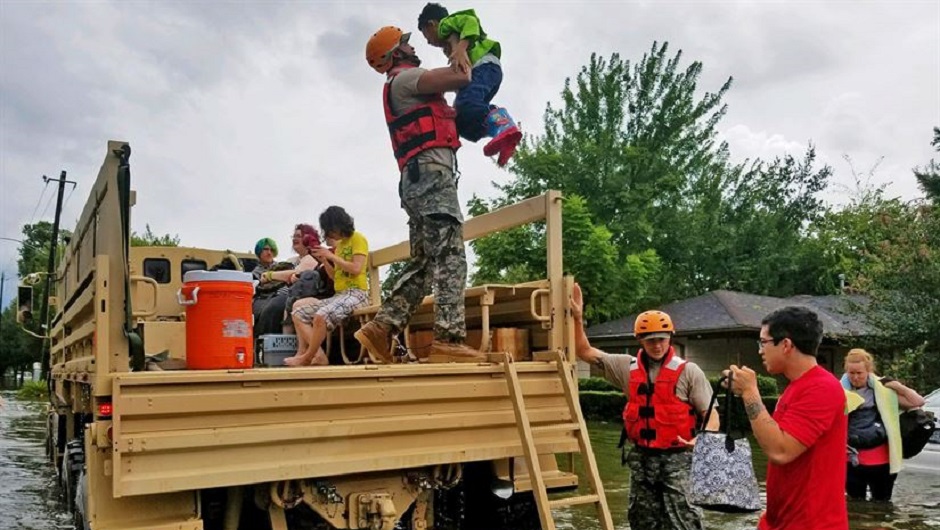 The tech industry is used to raising millions of dollars as quickly as possible. Now, it's putting those skills to work for a worthwhile cause: Helping the dozens of thousands of residents of the Houston metro area who are greatly affected by the tropical storm bearing down on their city.

As we've reported, the destruction from Hurricane Harvey may cause as much as $40B in damage, and is set to displace over 30,000 people from their homes. You already know how you can donate to help the efforts in Houston. Now, here's a peek at the various ways the biggest tech giants and the smallest tech startups are doing their part.

The major tech giants are all stepping in. Facebook has once again activated its Safety Check feature, designed to allows users to signal to their followers that they are safe while warding off a mass of messages asking if they're okay. Facebook also offers a personalized call to donate to the Center for Disaster Philanthropy, which it will match for up to $1 million. Meanwhile, Amazon will also match Red Cross donations to another cool million. Microsoft, Google, and Walmart are also donating various amounts. 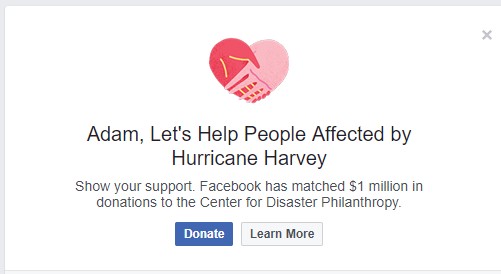 With it's new Snap Maps feature, Snapchat is helping those in the Houston metro area and those around the country track the storm’s progress. Apple even added a iTunes store button allowing users to directly donate to the American Red Cross, as CEO Tim Cook tweeted:

Prayers for Texas and all those affected by #HurricaneHarvey. Join us in the relief effort by donating: https://t.co/QLBMFOjaDG

G2 Crowd, a review website for business products and services, is using G2 Gives, a give-back program the company introduced this past spring, in order to raise funds for Houston. For each verified review posted to G2 Crowd through the “G2 Gives to Houston” landing page, the company will donate $10 to support the American Red Cross.

Adam Beeson, Director of Communications for G2 Crowd had this to say:

“We understand that we live in a global economy. The internet crosses borders, it circumvents the globe in seconds and has brought us all closer together. When a catastrophe takes place in Texas it impacts the symbiotic relationship that we all share. Our team at G2 Crowd recognizes that by working together we can all contribute to helping the entire world overcome these challenging times. Our G2 Gives program is built to convert professional opinions into charitable donations. It’s a very simple concept, but working together we can make a difference that helps the people living in Texas, as well as the rest of our world.”

Snapsheet, a provider of virtual claims technology, is also raising funds. They're donating to the United Way of Greater Houston to support relief efforts in the city and throughout the surrounding suburbs.

“At Snapsheet, we have employees, family, and customers living all across the country, including Houston, so hearing about the devastation from the storm is personal for us,” said Brad Weisberg, CEO and Founder, Snapsheet