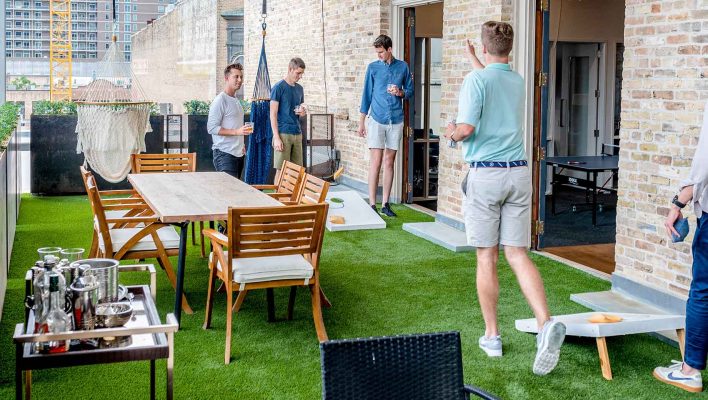 Long hours in co-working offices with CEOs fresh from university with big ideas and a lot of vague, nebulous chat about platforms. Don't forget the pizza parties and deskside beers funded by a seemingly endless stream of venture capitalist money, either. That is, of course, until the small, ambitious startup is acquired by a larger, more traditional company in its sector, or the small startup goes public with angry shareholders and regulators asking difficult questions. Or, as can happen, when the money dries up and the business goes under.

But Google has closed the London branch of its Google for Startups Campus. The global coronavirus pandemic has put an end to communal pizza and beer drinking — as well as ushering in a huge financial downturn. So, the question bears asking — are we entering a new, more sober (literally and figuratively) era for startups?

Saying No To Startup Bros

Back in 2017, the New York Times opinion section was graced with an article entitled: Jerks and the Start-Ups They Ruin.

The article details various stories of young and invariably white men who found big companies, get big money, and make big mistakes. It claimed Uber's mini-meltdown, which saw executives fleeing the presumed sinking ship sprung “entirely from its toxic bro culture, created by its chief executive, Travis Kalanick.” Ben Kaufman, meanwhile, the former CEO of Quirky, which raised $185 million in VC funding to build a “social product development platform” was “brash” and “unorthodox” and “had no business being a chief executive.” Zenefits, ironically a human resources startup, was characterized as operating “a hard-partying workplace where cups of beer and used condoms were left in stairwells.” For what it's worth, Zenefits is still operating and seems to have moved on from its earlier reputation. It even banned the consumption of alcohol in the office in 2016, as well as fornicating in stairwells.

However, with the pandemic forcing almost all computer-based workers to stay away from the office and work remotely, might the days of the “work hard, play hard (but no we don't need an HR team because we're all one big family)” startup culture be over?

Might the days of the “work hard, play hard (but no we don't need an HR team because we're all one big family)” startup culture be over?

“Since a period of incredible growth for us at the company coincided with the pandemic,” says Tamas Kadar co-founder and CEO of fraud protection startup SEON “all our new employees in the last 18 months have been in the same boat – remote working, only meeting fellow employees over Zoom, etc. But, there have still been opportunities to get into the office, as local guidelines allow in each location.”

SEON is mainly based in Hungary — in fact, it recently raised the most of any Hungarian company in a Series A funding round — but it has offices in London's West End and Austin, TX.

“Being based around the world, we operate as a single unified company but also as small business-sized offices,” continues Kadar. “In that kind of environment, it’s easy to develop a ‘work family’ that actually makes it easier to have work/life balance – knowing the people working for you helps to create a more humane working environment for everyone.”

The idea of forming a tightly knit company culture is certainly not lost on Andrew Roughan, the Managing Director of Plexal, a startup innovation center and workspace based in London's Olympic Park:

“Our members have told us that they are struggling with maintaining a sense of togetherness, collaboration, and fun. And they look to us, their workspace, to help them achieve it. Even startups that went into the pandemic with a strong sense of culture and identity have lost some of that. They’re now trying to rebuild and reimagine their culture. We’ve seen demand for workspace rise rapidly, and more and more of our members are spending time in the office because they’ve really missed the energy you get from being part of a community, and connecting with colleagues in person.

Plexal has also noticed a shift in the way workers think about why they would come into an office at all. The removal of the “because you have to” reasoning, opens up a different mindset for employees that employers must pay careful heed to:

“What we’re also seeing is that startups have become much more purposeful about when and why they come into the office. They’ve discovered they can get a lot done remotely, but there is no substitute for being physically present in a community. They recognise the value that in-person collaboration and networking brings.” – Andrew Roughan, the Managing Director of Plexal

For Avnio's Tobias Dawes, founding a new company during the pandemic made workplace culture a struggle:

“On a personal level, we found creating a workplace culture when being forced to work remotely really difficult at first, as we felt responsible for people, a workforce that we couldn’t see or be near. It’s something I was especially concerned about going into the Christmas period, as our party, like most companies’, was canceled. It was an opportunity to meet my team in person and really get to know them more. Of course, we adapted and ran our first-ever Christmas party virtually, but I still wanted to ensure everyone was okay, as we didn’t know what people’s personal situations were like at home. So, we decided to offer a ‘wellbeing coach’ to give the team the opportunity to express their feelings and get things off their chest.”

“It has been an extremely difficult and stressful time too,” concurs Roughan. “Some startups have seen demand skyrocket, so they’ve had to quickly scale, attract investment, and respond to client demand. Others that operate in a difficult market segment or are at an early stage of growth have experienced the opposite, and have been forced to try to pivot or make changes just to survive. This stress, coupled with the isolation some founders have felt because they’ve not been able to connect with their usual support networks, has created an enormous mental health toll. Founders are especially susceptible to this because they tend to shield their teams from the brunt of the stress to maintain a sense of positivity.”

“Maintaining a company culture has been difficult through the pandemic,” says Oliver Kent-Braham, CEO and co-founder of insurtech company Marshmallow.  “With teams hundreds of miles apart at times, we have utilized technology to our advantage and onboarded nearly 70 new employees into the company throughout the pandemic. we’ve also worked to provide benefits that truly matter to our staff. We’ve tried to look after their wellbeing throughout an incredibly tough time, which has included offering bonus company-wide days off, a long-term flexible working policy, and offering self-space which provides online personal therapy sessions.”

It's hard to imagine the startup bros of old hiring a wellbeing coach or considering the impact of work on their employees' mental health. But, of course, founders and innovation center directors are bound to say that culture and being away from the office creates problems. However, while these comments are by no means malicious, they might also point to a broader problem within the tech industry — gender equality.

According to Women Who Tech, 48% of women in tech had experienced harassment at work, as had 44% of women founders, 47% of women founders of color, and a staggering 65% of LGBTQ founders. By contrast, 11% of men in tech had experienced harassment. While working in the office does allow for speedy collaboration and far more engaging meetings, working at home also, naturally, reduces opportunities for physical harassment – though remote work hasn't solved the problem entirely.

It's worth mentioning that, while researching this article, we sent a Response Source request for comments and opinions. These requests get fired to PR outfits representing all sorts of companies. We received 16 responses in total but only two of these were offering the opinion of women.

Hopefully, as the startup scene for tech companies in the UK, the US, and around the world matures, the situation will get better — there are certainly those trying to help.

“We see ourselves as a partner for our members,” says Rougham. “We’re here to help them with their culture, make connections, and scale.”

“What we have seen is a new breed of businesses – those who are driving change in how the workplace should operate as well as driving change and disrupting the marketplaces in which they operate,” says John Galpin, co-founder of brand and design agency Design by Structure. “They are reimagining the way businesses' workplace should operate and what people's expectations of the workplace are.”

“When we work with any business, we become an extension of their team very quickly and make a huge effort to immerse ourselves in their company culture,” says Ben Cossor, Head of Technology for PR firm the PHA Group. “But regardless of how well you get to know a client you of course can’t predict everything, nor will you always be aware of everything behind the scenes, which is why you need a watertight reputation management and crisis communications strategy in place, ready to activate it should it be required.”

Of course, we will have to wait and see whether all the talk of improved startup workplaces comes to pass. It seems likely to us that while some growing businesses will learn from the mistakes of the past, many will also be doomed to repeat them.