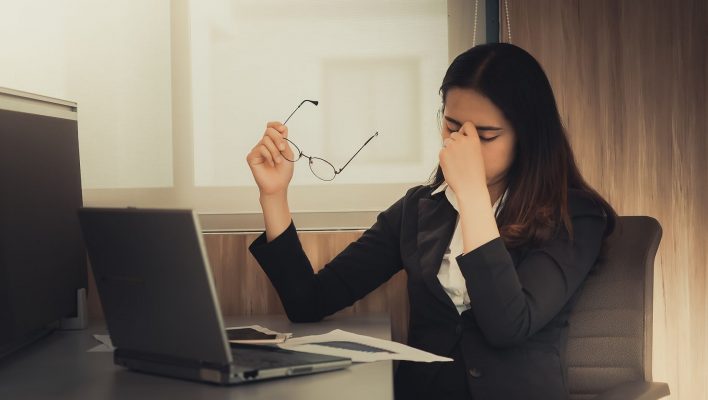 With COVID-19 continuing to run rampant, lockdowns, social distancing, and work-from-home mandates won't be going away in the near future.

One of the unexpected challenges businesses must now face? Addressing harassment within a remote working context. At a time when staff are having to conduct meetings from their own bedrooms, it's never been more important to ensure that employees feel they have a safe space in which to work, and a robust framework for reporting incidents.

We speak to the founder of #NotMe, an app for reporting misconduct in the workplace, to learn more about the insidious risk of harassment culture creeping into the home-working environment.

How harassment endures in remote work

Employment lawyer Ariel Weindling says that sexual harassment is, by definition, something that “creates an intimidating, hostile, or offensive work environment.” But, when the working day involves joining a Zoom call from your bedroom or lounge, then that hostile environment can creep into your own most private spaces.

“For it to be sexual harassment, the conduct in question must be considered by the recipient as offensive and unwelcome,” says Weindling. Nothing in such definitions of harassment requires physical contact – harassment is about abuse of power, and power dynamics carry over through email or into a video meeting just as strongly as they do at the office.

“Through a Zoom call working from home, my manager could say something offensive of a sexual nature,” says Weindling. “When a comment, a joke, or a request is sexual in nature and is based on a person’s sex or gender, there is a risk of harassment, even in the work-from-home context.”

Examples might include emails from managers, supervisors, or senior colleagues making sexually-loaded remarks. Such misconduct can happen within video calls, too – just picture a manager joking to an employee on Zoom or Google Meet about getting to see the inside of their bedroom. And, with the wealth of communication platforms now in use, inappropriate comments can persist long after a laptop has been closed for the day, via SMS, WhatsApp, or Slack.

With businesses urgently rethinking how they approach KPIs, project-planning and productivity in the working-from-home shift, it's vital that they don't lose sight of how they manage misconduct accusations and support potential victims.

#NotMe as a platform for change

A third-party app has been designed to offer that support. Weindling is the founder and CEO of #NotMe, a mobile app that functions as a resolution-seeking reporting platform. Employees everywhere can use it to report a wide range of misconduct, from discrimination and harassment to other areas like fraud, safety or COVID compliance.

First launched in 2017, #NotMe lets users report incidents from their workplaces directly to NotMe Solutions, allowing them to chat anonymously with support staff about their options, or bring up a complaint with their employees. In some cases, the app helps victims to contact legal aid, while in other cases it serves as an outlet for mental help and support.

The testimonials gathered to date are stark:

“I immediately downloaded the app and used to report the misconduct that had just occurred at work. With this app, I was able to receive the help I needed, as well as be given advice on how to better manage the situations I had been experiencing throughout,” says Megan W.

Some mention the compounding effect of a work environment that refuses to protect victims, as well.

“Nearly five years after the day I was sexually assaulted by a military member and emotionally assaulted by my leadership, I found #NotMe. For the first time in all those years, I felt heard. I felt understood. I felt ok to cry and ask for help, which I didn’t get from anywhere else. Help is what I got from #NotMe. Shortly after reaching out on the #NotMe app, I got a call back from a team member who listened to my story and supported me in a protected space, allowing me to feel, to speak, and to literally sob freely,” says Jennifer G.

Arguments that offensive behavior conducted over messaging is “just a joke” won't hold water, particularly if the instances are severe or pervasive enough to create a hostile work environment. There's legal precedent, too, in Elster v. Fishman, a case involving emails with sexually explicit images and videos.

The Nevada Association of Employees cautions that a working-from-home environment can, in fact, increase the opportunities for misconduct and harassment.

“With a more relaxed nature that often occurs when working from home, incidents of workplace harassment can occur more often than if the employees were back in the office.”

One 2018 survey found 38% of all women report experiencing sexual harassment at the workplace. In addition, a poor response from employers compounds the problem: some 58% of victims who had been harassed identified not being believed as a major problem.

Worse still, victims may fear reprisal from management as a result of speaking out. In such cases, Weindling recommends that victims should submit a second report, calling out the retaliation, in addition to the initial harassment.

Ultimately, sexual harassers act when they believe their environment will protect them above the victim. While third-party services like #NotMe aren't replacements for a genuine culture of transparent and thorough in-house reporting, they can offer some of the protection and legal support that harassment victims need.

The US is undergoing an unprecedented crisis as the global pandemic continues into winter. The country reported a record-breaking half million new coronavirus cases within the past week alone.

Needless to say, working from home culture isn't about to end overnight. But, even if the much-touted miracle vaccine materializes, formerly office-based staff have been getting a taste for the longer lie-ins and zero-commutes of working from home. Multiple businesses all over the world are exploring flexible work options that will allow staff to come into the office some days and work from home others. Some of the largest companies on earth, meanwhile, are committing to allowing staff to work from home permanently.

In the midst of this huge shift in working practices, the specter of workplace harassment hasn't vanished. Tackling it is a battle that will extend beyond offices and across the emails, videos and instant messaging platforms that power the modern world during the pandemic, and will continue to do so after it.