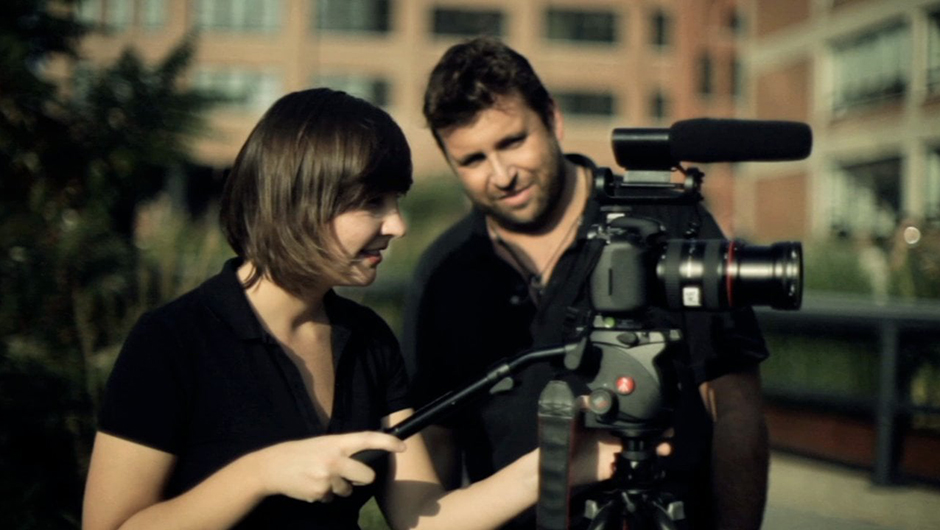 Historically content creators have struggled with media and record companies to gain more control over releasing their material and making fairer incomes from their work. Recent advances in technology are providing options that can make this a reality. The pervasiveness of smartphones, tablets, and mobile computers has completely altered the way that consumers listen to music, watch TV and video, and has indirectly put greater control back into the hands of content creators. Now, many content creators are moving away from Internet giants, such as YouTube, to other platforms where in order to achieve this. This guest article will explore those options.

Editor's Note: This article is written by Saif Rahman, co-founder and CEO of California-based Mobile First entertainment. (MFE), which was founded in 2013 by a group of actors and producers who were frustrated by a lack of control and of revenue finding its way back into the pockets of the talent around them. This gives him a unique insight into today’s media environment.

American singer songwriter Taylor Swift is one of many established musicians to be frustrated by poor revenues from big services, such as Spotify and Pandora. Last year, Swift made headlines by pulling her albums from Sweden-based Spotify in November 2014. According to Spotify’s “per stream” system, Swift should have earned more than $2 million dollars for listener streaming of her newest material, including chart topper “Shake it off.” However, her management told TIME magazine that they received less than $500,000 for online streaming of all of her content, in the year before she left Spotify.

Swift is not the only leading artist to take a stand. In March of this year, hip-hop superstar Jay-Z announced the launch of his new platform Tidal, a subscription-only site aiming to provide fans with a wide range of new music, and to give affiliated artists fair revenue from music streams. Backed by a red carpet line-up of equity shareholders including Jack White, Rihanna, Madonna, and (unsurprisingly), his wife Beyonce, Jay-Z announced that Tidal was going to restore the value of music in the digital age. Tidal pays artists 75% of revenue earned through streaming – considerably higher than any other streaming site or platform.

In addition to offering artists fairer returns, Jay-Z pegged Tidal as a “discovery” platform for new artists. The star-studded team of founders announced that along with featuring undiscovered musicians’ material on Tidal, they would also unroll a Tidal Discovery tour around the U.S.A. The platform will include “Discovery” playlists on the site to showcase budding stars.

Upon its initial launch, Tidal was heavily criticized for promoting “more money for the one percent” due to its star-studded cast of millionaire equity shareholders who complained about their lack of profits. Tidal’s Chief investment officer Vania Schlogel admitted in an interview with Rolling Stone in April 2015 that more emphasis should have been put on Tidal as a helping hand for new and promising artists, and the benefits they would receive from the contacts and influence of the celebrity shareholders.

Make your own channel: EllenTube

Millenials have been dubbed the “YouTube generation.” Since the video site’s inception in 2005, thousands of so-called “YouTube stars” have emerged, with videos going viral over social media. Yet, despite the platform’s success, it is unclear how much the content creators have received in return for their hard work.

After initiating the YouTube partnership program in 2007, YouTube states that content partners are given at least 55% of the ad revenue earned on their videos depending on the types of ads they employ. Pre-roll ads, which lead into the beginning of the video, are believed to bring in $5 for every 1,000 views. Banner ads are arguably less obtrusive, but also bring in less money at an estimated $0.80 cents per 1,000 views.

Ellen DeGeneres, U.S. chat show host and comedian, whose Youtube channel TheEllenShow generates more than 100 million views per month – launched her own platform EllenTube in 2014. DeGeneres stated that the move to the new platform was motivated by the amount of unsavory content that could be accidentally stumbled upon on Youtube.

The official statement says EllenTube was created as a means of releasing clips from her daytime show, previously unseen material and receiving video contributions from her fans, however the 45% cut that YouTube was taking of her video revenue undoubtedly had something to do with it too.

This last year has marked the launch of a number of new video hosting platforms, which aims to provide a better service than YouTube for content creators and users alike.

In 2014, former Hulu CEO Jason Kilar announced the launch of new platform Vessel, which has been described as “the baby of YouTube and Hulu.” Vessel is allegedly propped up by $30 million that Kilar was said to have earned during his time at Hulu, as well as outside funding amounting to more than $100 million. The site offers users a wide range of video content, for $2.99 per month. In order to earn from their videos at a rate considerably higher than YouTube, users simply need to agree to put their original content on the service for 72 hours before they post it elsewhere.

As CEO of Mobile First Entertainment, which is looking to empower content creators to make a decent buck in the digital sphere, it’s easy to see that it will take more than an honest and transparent service to effectively leverage this space. Although entertainment platforms have come a long way, they need to look at the combined dynamics of a user’s habits and the changing nature of today’s technology to ensure a lasting success in the industry — both for their platforms and as a profitable model for content makers.

This combination falls largely on the mobile device side. Emarketer reported last year that in 2013, for the first time ever, the time US adults spent using digital media surpassed the time they spent watching television, and the publication credited mobile with “driving the shift.” CEOs of emerging entertainment services must realize that it is mobile that is taking over the way we engage digital content as the next generation of users is already adopting the technology as a first point of contact for digital media — including video — arguably the biggest focus of any entertainment platform. In the end, it is more than just giving an artist or filmmaker a deserved payment for the content they create, it is about looking at the big picture and identifying the shifts in the entertainment industry as a whole to establish a new paradigm.

We are entering a new age in which technological advances are breaking down the barriers between artists and the means of directly sharing their materials with fans around the world. While historically record labels and M&E companies took a hefty cut of profits, new platforms are allowing content creators to bypass the middleman and take a higher percentage for themselves. Jay-Z and Ellen DeGeneres are unlikely to be having any money troubles any time soon, but the message they are spreading is important: Music and artistic content should not lose its value in the digital age. For people to be able to focus on their art as a full-time job, they need to make fair incomings. Hopefully, the new platforms emerging will make this dream a reality for many up and coming stars.