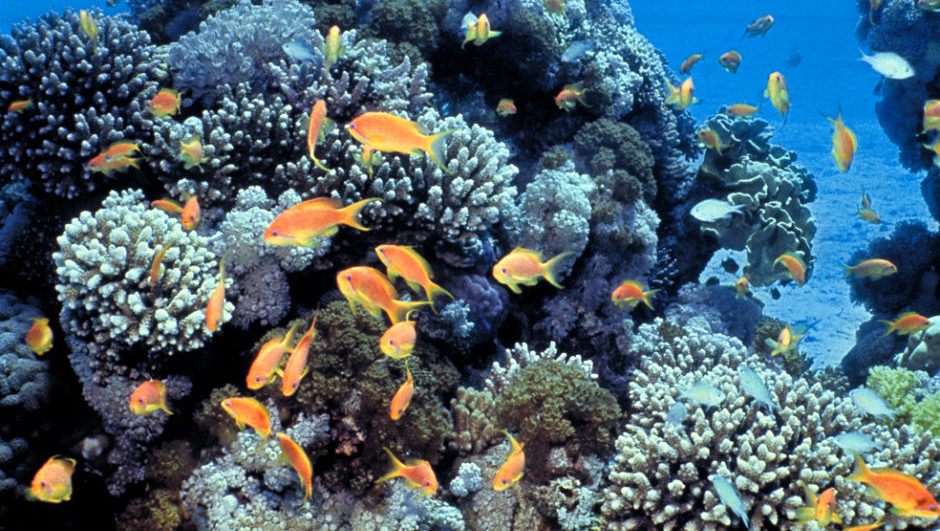 Coral reefs are disappearing at an unprecedented rate. In fact, a report released by the Global Coral Reef Monitoring Network (GCRMN) found that 19% of the Earth’s coral reefs are now dead, with rising sea temperatures and seawater acidification to blame.

The declining coral reefs are a sign of a much larger problem. Coral reefs make up only 0.2% of our oceans, but they are home to over 25% of all marine fish species and protect shorelines from major storms. The United Nations predict that the Earth is on the brink of a massive extinction event, with some studies suggesting 25% of the planet’s species will be extinct by 2050.

Although much of the damage has been caused by human activity, it is also people, through technological advancements, that are offering increasingly innovative solutions. Scientists in both the Caribbean and the Indian Ocean are exploring a range of different technologies designed to protect threatened marine ecosystems.

The plight of coral reefs is most problematic in the Caribbean. The GCRMN found coral cover in the Caribbean has declined over 80% since the 1970’s. These ecosystems have been severely degraded by overfishing, pollution, climate change, and the synergies among them.

For the tiny Caribbean island of Grenada, damage to its marine ecosystem could be detrimental to its emerging tourism industry. It’s vibrant and diverse aquatic wildlife makes it a hugely popular spot for scuba diving. Marine tourism has consequently become a major source of income to Grenada’s economy.

To help preserve and restore the island’s coral, scientists in Grenada are using an innovative technology called biorock. To build a biorock reef, an electrically conductive frame is anchored to the seabed. A small electric current is passed through the water, initiating an electrolytic reaction and causing the formation of natural mineral crystals. Then, coral fragments from other reefs are transplanted to the biorock structure where they will grow, flourishing from the natural mineral crystals.

According to the Global Coral Reef Alliance, the biorock process is a revolutionary regenerative technology that provides the most cost-effective solution to a wide range of marine resource management problems.

In the Indian Ocean, almost 15,000 km from Grenada, the Maldives face a battle to save their coral reefs. The country is made up of 26 natural coral atolls and more than 1,000 isolated reefs. Much like Grenada, the Maldives rely on tourism as a major source of income. Many tourists are seduced by the promise of crystal clear waters and vibrant sea life, but the Maldives have seen their coral cover severely depleted in recent years.

Until recently, measuring the growth or decline of coral was a task undertaken by scuba divers with primitive tools. However, the advent of 3D mapping has allowed scientists to monitor reefs more closely.

Sly Lee, a marine scientist and founder of the The Hydrous, has invented a system that uses 3D mapping to track changes to the coral’s size, color and surface area.

“One day we have all of the world’s coral reefs captured,” said Lee in an interview with Wired Magazine. “So anyone can go online, explore them, interact with them and ultimately understand them.”

Coral reefs can also be monitored using bathymetry, a type of high resolution satellite imagery that creates mapping images of marine landscapes. This is a technique that has been widely used to monitor Australia’s Great Barrier Reef and Hawaii’s Kailua Bay.

Bonaire, a Dutch Caribbean island in the Leeward Antilles, has a long history of marine conservation. Its entire coastline has been a marine sanctuary since the foundation of Bonaire National Marine Park in 1979.

Now, Bonaire is taking revolutionary steps to preserve the region’s threatened ecosystem by 3D printing coral reefs. The technology has been introduced to the island as a result of a partnership between ocean preservationist Fabien Cousteau and the island’s Harbour Village Beach Club.

The artificial corals will be identical in size, shape, texture and will have the same chemical makeup as the real thing. The hope is that the printed reefs will attract free floating coral polyps along with other species such as algae, anemones, octopi and crabs.

“3D printed corals can generate real change and establish real growth for reefs,” said Cousteau to the Caribbean Journal. “This technology is less labour-intensive than current coral restoration processes, creating a larger impact in a shorter amount of time.”