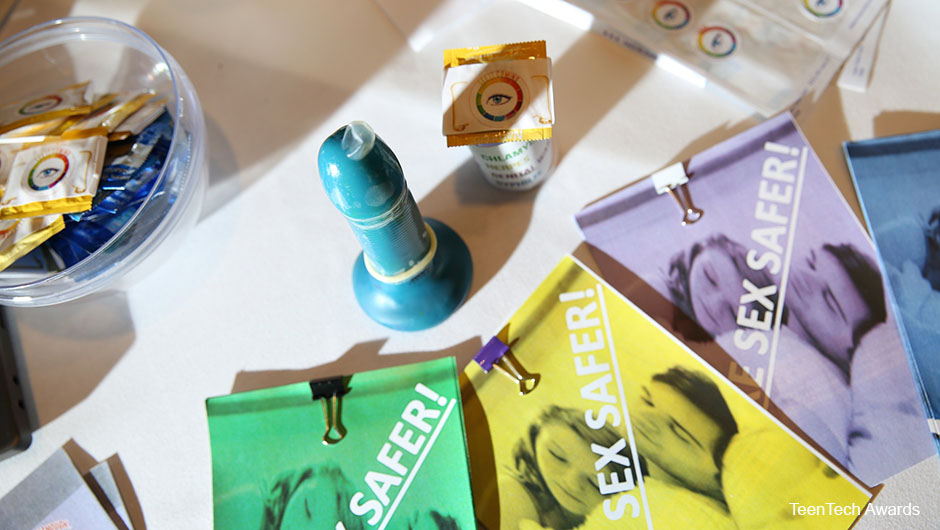 Thanks to a bunch of teenagers in the United Kingdom, the future of safe sex looks much less itchy and warty (I know, gross, sorry). A group of 13- and 14-year-olds from London's Isaac Newton Academy took home the top prize in the health category at this year's TeenTech Awards as a result of their work on a new, “smart” condom that changes color when exposed to a sexually-transmitted infection (STI). 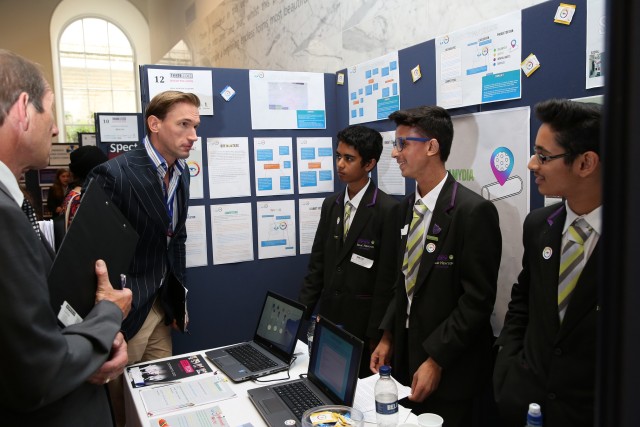 Called the “S. T. EYE” (LOL), the condom is meant to help people learn immediately upon first contact whether they've been exposed to any bacteria or viruses linked to common STIs. Through an indicator built into the condom, it will change color depending on the kind of bacteria or viruses are detected. For instance, the condom may turn green when exposed to chlamydia, yellow for herpes, blue for syphilis, and purple for human papillomavirus.

“We created the S.T.EYE as a new way for STI detection to help the future of the next generation,” said Daanyaal Ali, one of the teens behind the project, in a statement. “We wanted to make something that made detecting harmful STIs safer than ever before, so that people can take immediate action in the privacy of their own homes without the often-scary procedures at the doctors. We’ve made sure we’re able to give peace of mind to users and let people act even more responsibly than ever before.”

Ali – along with co-inventors Muaz Nawaz and Chirag Shah – were presented with a £1,000 prize and a trip to Buckingham Palace, where they will be presented with the award. Additionally, the three have already been approached by a condom manufacturer who hopes to put their work into production for mass consumption.