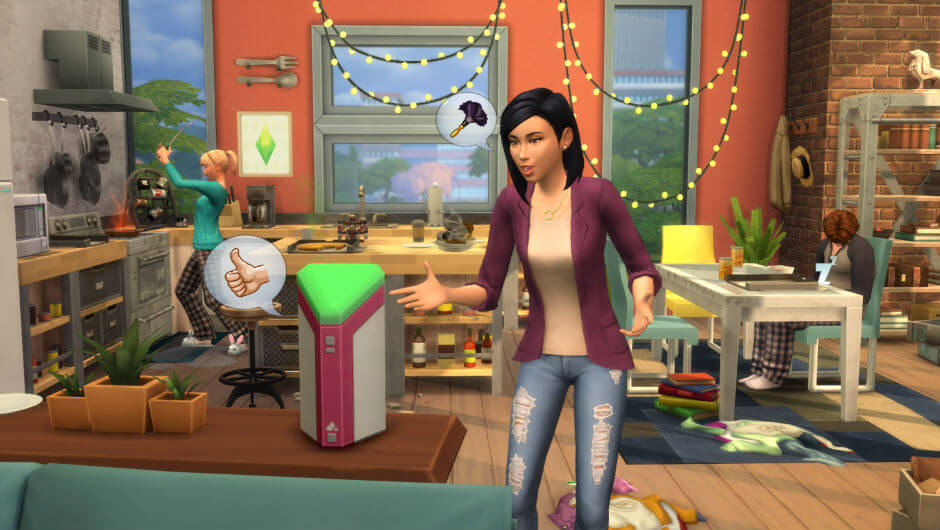 The Internet is great, right? But sometimes there’s just too much stuff going on to really keep up with it all.

That’s where we come in. Every week, we’ll be rounding up the stories you don’t want to have missed from the last week. Not necessarily the best stuff, but the news and tidbits that we thought were cool, weird, interesting or just new.

So, let’s get started.

It’s not the first time that Nike has dropped a pair of trainers that’ll lace themselves, but this new pair, called the Nike Adapt BB are the cheapest yet. 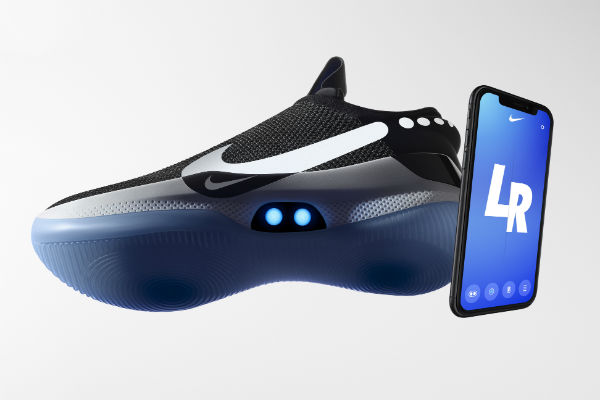 The Adapt BBs will set you back $350, so we’re stretching the definition of “cheap” slightly. But still, it’s the most affordable way get your Marty McFly flex on at the court yet.

According to the sportswear giant, the self-lacing tech isn’t actually a gimmick, though. During a game your feet can expand by “almost a half-size,” so what’s comfortable during the warm-up won’t be comfortable when you’re trying to hit a 3-pointer. And the Adapt BB, will adapt (geddit) to keep your shoes at your preferred tightness.

Players will be able to adjust the tightness of the Adapt BB on the fly, as well as create preset fits for games, warm-ups or just general leisure wear.

This week, The Simpsons went very meta. Homer texted that GIF of himself walking backwards into the hedge to Lisa.

Of course, given that the show has been running for thirty seasons, it was bound to happen sooner or later. The original GIF comes from the season five episode ‘Homer Loves Flanders,’ first broadcast all the way back in March 1994. In the episode, Homer reluctantly goes to a football game with Ned Flanders and has a surprisingly good time. Ned, though, begins to have feelings towards Homer, with obviously comic consequences. Given the cult status of The Simpsons and the ubiquity of the Homer-backing-into-a-hedge meme, the internet naturally went mad for it. But is it proof that America’s true first family is out of ideas?

Kylie Jenner vs An Egg

“Hey, wouldn’t it be funny if a picture of an egg became the most-liked picture on Instagram, overtaking Kylie Jenner’s baby picture in the process?” the creator of @world_record_egg must have though when they created the account on January 4, 2018.

Let’s set a world record together and get the most liked post on Instagram. Beating the current world record held by Kylie Jenner (18 million)! We got this 🙌 #LikeTheEgg #EggSoldiers #EggGang A post shared by EGG GANG 🌍 (@world_record_egg) on Jan 4, 2019 at 9:05am PST

Although, this would have been a remarkable display of prescience, as her child (Stormi Webster) hadn’t actually been born yet. But that’s not the point.

It’s another attempt at hierarchy disruption in our celebrity-dominated age. Just as conquering Roman generals had a slave to whisper “Remember you are mortal” in their ears, celebrities need to be reminded that, when all is said and done, eggs are more important to more people than they are.

Or maybe it was just a bit of a laugh and we’re reading into it too much. Either way, you can go and add to the 47 million or so likes or join the more than 7 million people following the egg.

Formula E Gets Even Better

If you’ve not heard of Formula E, it’s the new-ish electric car racing series that is becoming seriously popular.

Plus, competition is fierce. The top five drivers in Marrakesh separated by less than 1.5 seconds after racing for three-quarters of an hour. What’s more, the winner, Jerome D’ambrosio stated way back in tenth, with second place Robin Frijns starting in eighth.

Compare that to the last F1 race in Abu Dhabi, which saw Lewis Hamilton build a gap of 2.5 seconds over second place, and almost a minute over fifth place.

So quick cars, tighter racing and none of F1’s ego: Is Formula E the future?

Even The Sims Can’t Escape Alexa

You’d think living in a virtual world would keep Jeff Bezos’ smart speakers out of your house, but sadly not.

A new update for The Sims 4 brings a smart assistant called Lin-Z to the game and your Sims will be able to ask it to play music, play trivia to boost their logic skills, order pizza, maid, gardening or repair services, tell jokes and even adjust the lighting. 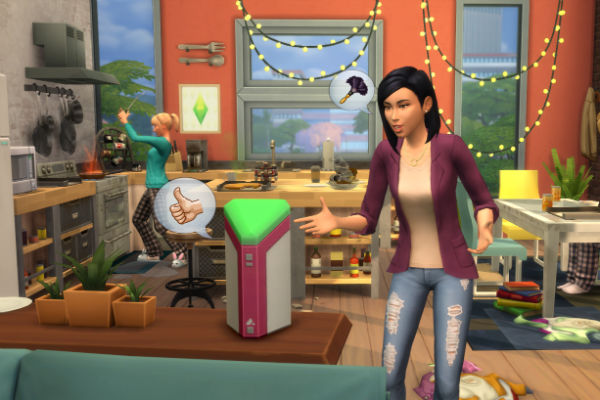 Back in the real world, EA has released a new Alexa Skill for Sims fans to test their knowledge of the franchise, offer facts about the series and even play music from the games.

The Alexa skill is available now in the US, Canada, UK, Australia and India, while the Lin-Z assistant update is available for the PC and Mac versions of The Sims 4 now.

At last, an almost good news story for this Chinese tech company. Allegations surfaced on January 8 that one of Huawei’s employees had been spying in Europe for the Chinese government, but it as it turns out Huawei is more interested in the continent’s architecture than state secrets.

This week it gave foreign journalists an unprecedented tour of its campus in Dongguan, just outside Hong Kong, replete with pastiches of famous European architecture and sculpture. 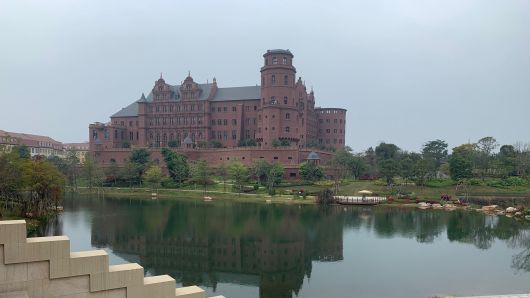 The nine square kilometer campus is split into different ‘towns,’ each with its own signature style. Some feature the neo-classic buildings of Granada, Spain, others the baroque style found in Prague and Budapest. 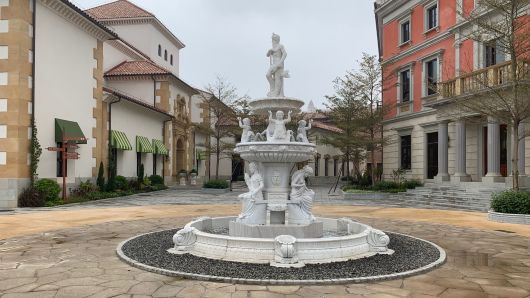 It’s truly a sight to behold and, fortunately for any Huawei staff looking for a crash course in European architecture, it can all be accessed by a tram.

The campus is currently home to 17,000 Huawei employees and is set to expand as only eight of the twelve planned towns have been built so far. Who knows where it’ll head next for inspiration.

Everyone always complains about the battery life on iPhones, even though (whisper it) it’s not actually too bad.

Not one to miss out on an opportunity to upsell, though, Apple has released a new version of its Smart Battery Case for the latest iPhone XS, XS Max and XR models.

But have you seen them? Ugh. 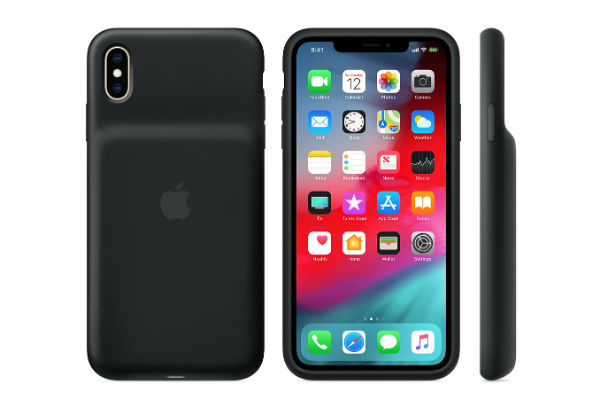 Available in black or white, the case has an enormous bump running from underneath the camera to the Lightning port at the bottom of the phone. Of course, it's not the first time that Apple has launched a Smart Battery case with a bump, but this time, the bump is bigger, more intrusive and, simply, ugly. When we saw the case on Apple’s website, Tech.co’s deputy editor, Jen Pinches, said it reminded her of the Hunchback of Notre Dame with all its extra bulk.

Apple says the extra heft should give your XS Max an extra twelve hours of talk time, seven hours of internet use and ten hours of video playback, but we'll have to wait and see how these numbers stack up in the real world. 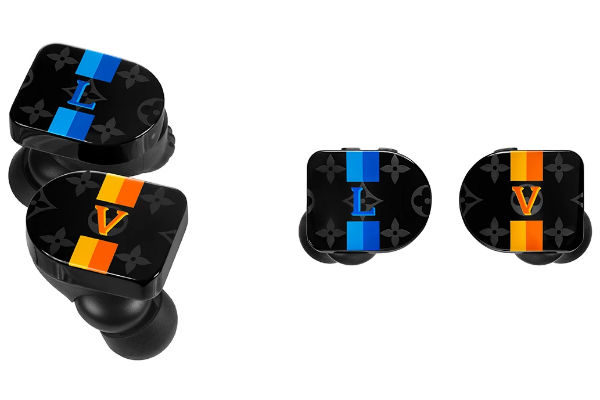 You've seen the memes: AirPod users flexing on everyone for not having Apple's $159 wireless earbuds.

But now you can beat them at their own game with the Louis Vuitton Horizon Earphones. Designed by hypebeast-in-chief Virgil Abloh, these earbuds mark the French fashion house's first foray into technology, although it had help from high-end audio specialists Master & Dynamic.

The Horizon Earphones will be available in three colors: black white with LV logo, red with gold LV logo or black with yellow or blue stripes on either ear. However, with a battery life of just 3.5 hours from a single charge and costing $995, we'd recommend Louis Vuitton stick to clothes.